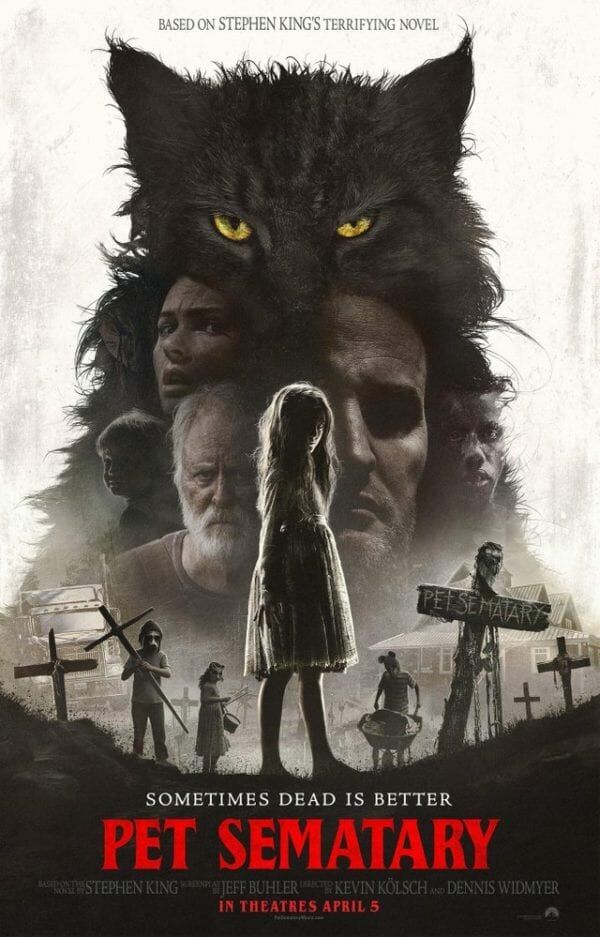 To the surprise of few, the new Pet Sematary – helmed by Starry Eyes filmmakers Kevin Kölsch and Dennis Widmyer – doesn’t struggle to improve upon Lambert’s previous effort, but given the pool of talent involved, this re-do feels oddly lacking where it truly counts.

Yet to be clear, this contemporary iteration is a better movie in absolutely every way; the pervasively wooden performances in the ’89 film are replaced by passable-to-good work across the board, even if Jason Clarke’s Louis Creed isn’t free from a few Aussie accent slips, and as his wife Rachel, the talented Amy Seimetz struggles to overcome some of the hokier dialogue she’s saddled with. The more flavourful dramatic meat is meanwhile chewed by a typically brilliant John Lithgow, perfectly cast as Jud Crandall, while Jeté Laurence does a rock solid job as the Creed’s daughter Ellie.

Despite their acclaimed previous work, Kölsch and Widmyer turn in a surprisingly bland, workmanlike feat of filmmaking here, with barely a single memorable shot contained within the 101-minute run-time, while conveying the thick, anguish-filled mood of King’s source material with rather tepid results. The inciting mid-film moment – fans will know which one – is especially disappointing, adorned with ropey CGI and gaudy fake slow-motion as it is. And generally speaking, scenes feel choppily edited and awkwardly spliced together throughout. 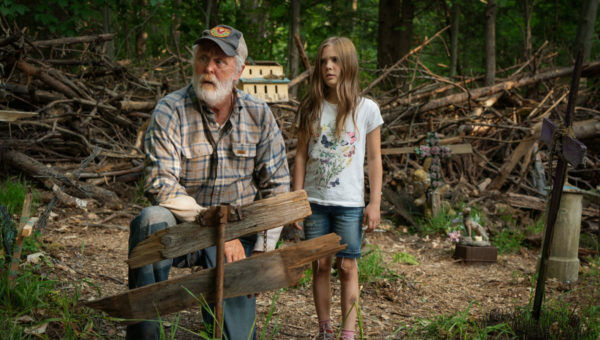 But Jeff Buhler’s screenplay commits to one bold choice, a second-act reveal that hews away from King’s novel, and was unfortunately given away in the film’s trailers. In the event you’ve avoided the spoilerific marketing, though, know that it’s the movie’s only real dramatic gamble, and one that actually pays off, re-configuring the original story in a way that’s decidedly less prone to ridicule, aided by the conviction of the principal actor involved.

Getting there is a bit of a slog, though, with much of the film’s first hour simply sticking to the conventional, inoffensive studio horror film formula. Dialogue is heavy on exposition and often plays as distractingly unnatural, while some of King’s presumably narcotic-fuelled subplots feel even more piecemeal than in the original film – especially one involving Rachel’s sister. Only in act three does the film truly grab the viewer by both shoulders and shake them into a frenzy.

The final reel is certainly this Pet Sematary‘s real achievement, even if it still smacks of a property unable to embrace its own sense of schlock, embarrassed to admit it’s anything less than Classy Literary Horror. But this portion of the film reaches a visceral height that no prior film in the “series” has, and with its firm commitment to middle-ish-brow terror, it’ll likely deliver enough for the Friday night crowd. Just don’t go in expecting anything approaching a definitive adaptation, or a particularly memorable piece of work.

A competent improvement over the original Pet Sematary, if disappointingly still lacking in atmosphere and a consistent tonality.