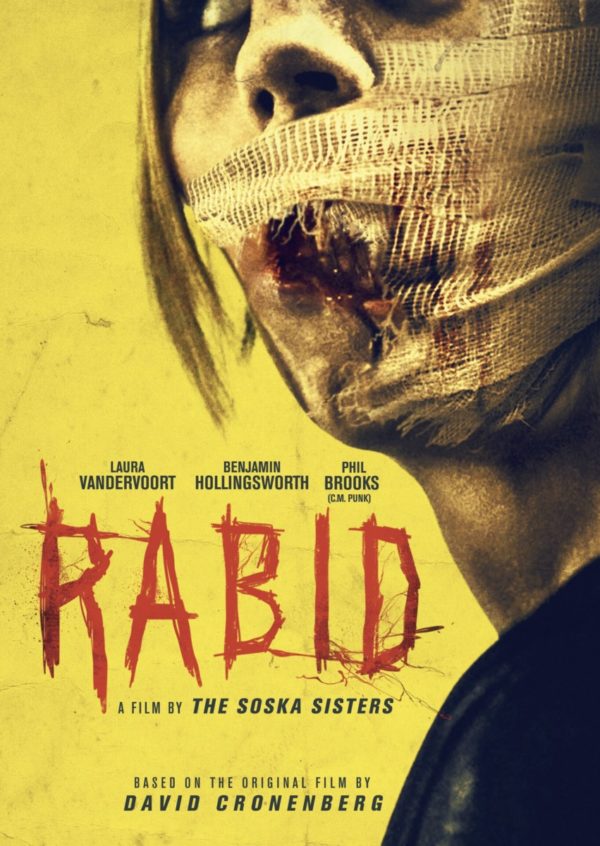 A fashion designer develops a thirst for blood when she undergoes experimental stem cell treatment to repair facial injuries sustained in a motorbike accident.

There are few projects more daunting for a horror filmmaker than remaking a David Cronenberg movie. But that is exactly the challenge taken on by American Mary twins Jen and Sylvia Soska in delivering a new take on the Canadian body horror maestro’s 1977 film Rabid. Wisely, the Soskas haven’t made a precision-tooled remake, but have rather taken Cronenberg’s core conceit and spun it out into a film that takes aim at everything from the warped priorities of the fashion world and men’s control over female bodies to the predicament of a healthcare system that relies on patient finances. It’s a fierce and intelligent horror tale that, despite being a remake, feels like a true original.

Rose (Laura Vandervoort) is a wallflower in the fashion world, constantly stepped on by her arrogant boss Gunter (Mackenzie Gray) and talked down by her catwalk model best friend Chelsea (Hanneke Talbot). After a disastrous date with co-worker Brad (Ben Hollingsworth), she is involved in a horrific motorbike crash that leaves her jaw badly disfigured and her intestines shortened. While recovering from her injuries, Rose receives an email from Dr Burroughs (Ted Atherton), who offers her the chance to take part in his “stem cell manipulation” procedure, not sanctioned by the FDA. The operation leaves Rose beautiful and confident, but also suffering crippling stomach pains and what she believes to be vivid, violent hallucinations.

Like all of the best remakes, Rabid refuses to retread the steps of the original and instead uses the bones of the first movie to explore something entirely different. This film’s Rose is a kind person struggling to exist in a dog-eat-dog industry – “I just don’t like hurting things,” she says when challenged on her vegetarian diet – and is seemingly stuck in a rut prior to her accident. In the aftermath of her ordeal, which is rendered via some intensely upsetting make-up and prosthetic effects, Rose is forced to quite literally rebuild herself into a new image – strong, sexually confident and willing to fight for what she deserves in her work life. 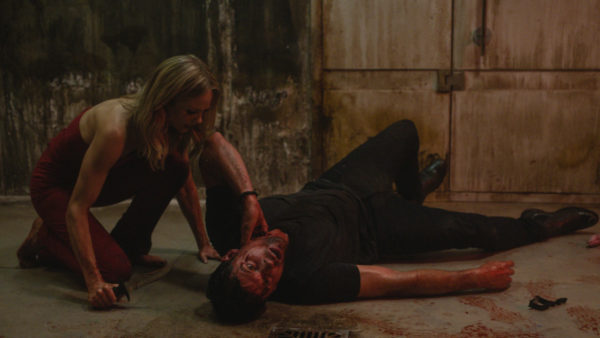 Vandervoort portrays every shade of the character terrifically well. Her sadness is palpable through the restrictive prosthetics and she is able to sell the turmoil Rose feels as the movie progresses, dealing with the growing realisation that her visions are linked to the ongoing public health crisis around a rabies outbreak. This is her movie through and through, with the Soskas nimbly cutting between her and vignettes to display the spread of the disease around her. One scene, in which a TV actor previously bitten by Rose aggressively freaks out on set, is pregnant with tension and, ultimately, serves up gore to turn even the strongest of stomachs.

But, even as the bloodshed mounts, Rabid clings tightly to its protagonist and Vandervoort’s textured portrayal of her increasingly tortured body. Rose’s new ruthlessness powers her into the heart of catwalk fashion, which is entirely unfazed by the disease outbreak happening outside. In a third act scene set at a glamorous runway show, models barely seem to notice textbook symptoms of contagion among them, wrapped up in their own issues and urging their ailing co-workers to essentially suck it up and get on with it. We learn early on that the fashion world moves too quickly for sympathy, to the detriment of those inside it, and that theme is teased out to great effect throughout the film. Beauty is prized above all else in this world, allowing the Soskas to build on the same themes around the dangers of messing with nature that were deployed amid the body modification chaos of American Mary. 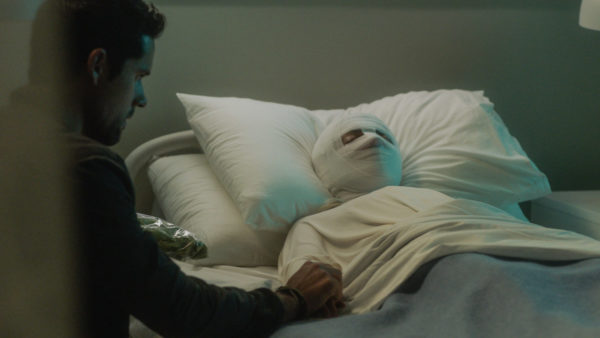 That’s not to say that the film lacks more traditional horror flourishes. Several sequences use foreboding flashes of red to cleverly illustrate just how quickly the contagion can travel. The scenes of Rose’s attacks, also, are tense and explosive, with the Soskas shedding the simple, phallic weapon of the original movie’s Rose for a more complex and unpredictable manifestation of her affliction. It would be a crime to spoil the dark corners the film explores in that respect, but the team behind the prosthetics and effects work deserve to take a bow.

There’s a sense of dark ritual, meanwhile, to Atherton’s unsettling and bizarre Dr Burroughs, with Rose’s operation conducted by a team of silent surgeons gowned eerily in deep crimson scrubs while a haunting piano piece builds to a crescendo. The Burroughs clinic as a whole seems like a dark, unusual place – a chilling cautionary tale about the prominence of too-good-to-be-true experimental treatments as a silver bullet to treat even the most seemingly incurable ailments. The promise of no strings attached is, in this case, a smokescreen for the fact that nobody wants the desperate patient – forced in to a corner by financial imperative and the fact they have “nothing to lose” – to know just how many strings there are.

Toxic masculinity also plays a timely part in the film, manifesting in a number of insidious ways. Hollingsworth’s Brad is portrayed a slightly sketchy figure who hopes to inveigle himself into Rose’s life via a ‘white knight’ persona, while Atherton’s doctor radiates the menace of a man who exploits desperate women to further his own interests. There’s also a fun cameo for former wrestler and MMA fighter CM Punk – his wife AJ Mendez also appears later – as a lecherous scumbag who falls victim to one of Rose’s night-time wanders. In 2019’s Rabid, the notion of a dangerous woman stalking men is introduced as a twist on the formula, but the film questions whether she ever really has a chance to break the wheel. 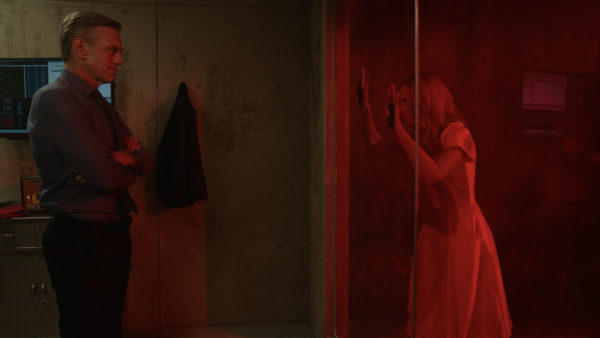 Years after the zenith of his ickiest films, Cronenberg is rightly held up as the founding father of gruesome body horror and Rabid is a bold work that is respectful of his vision, but refuses to simply follow in his footsteps. The Soska Sisters have brought their own pet themes surrounding beauty standards and the expectations surrounding women to the forefront of a central concept that offers rich potential for allegory, as well as plenty of room for blood to flow, prosthetics to squelch and audiences to grimace. This is a glimpse into the rancid heart of cinema, and it’s a joy.