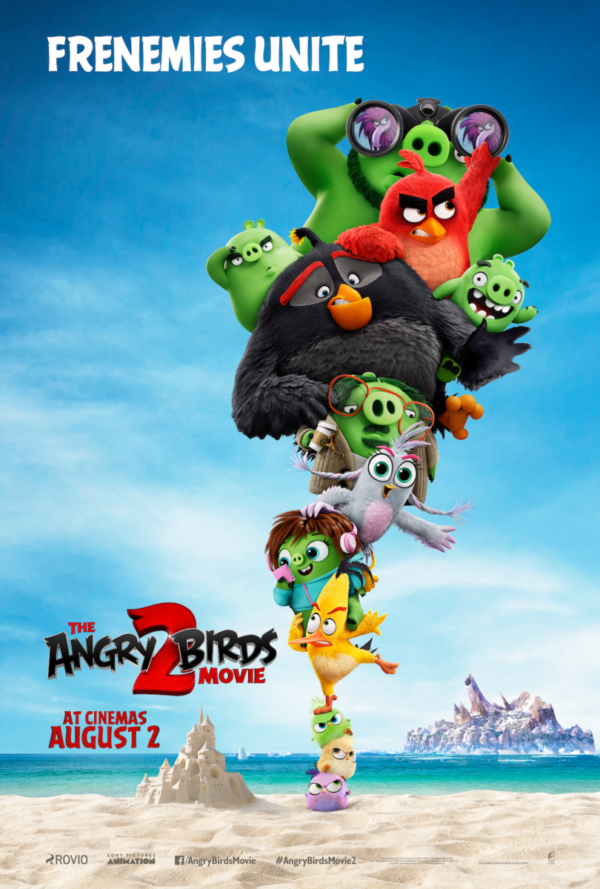 The birds and pigs put their differences aside in order to take on the threat posed by an icy third island, which plays host to a society of eagles. 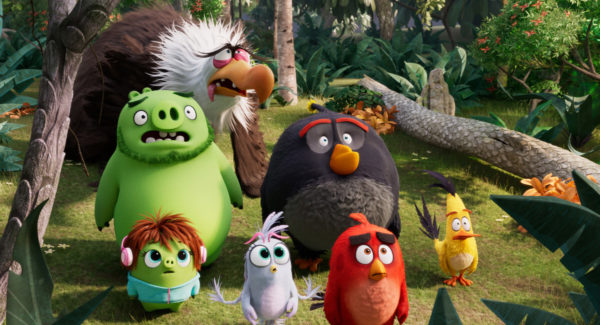 The Angry Birds cinema franchise has a lot to thank The Emoji Movie for. A movie based on a smartphone game always sounded like an odd proposition but, once Sony released a film about actual chat icons 12 months later, it seemed perfectly logical. Despite mixed reviews and an alarming subtext in which fear of immigrants was proved to be sensible and even heroic, The Angry Birds Movie was a box office hit, making a sequel a certainty. The Angry Birds Movie 2 leaves the structure of the app behind, but has little imagination with which to replace it.

Red (Jason Sudeikis) has been anointed hero and protector of Bird Island, embroiled in a prank war with Piggy Island and its ruler Leonard (Bill Hader). The factions call a truce, though, when huge balls of ice begin flying at them from a third island, led by eagle Zeta (Leslie Jones), who’s determined to find sunnier climes than her frozen home. Red and Leonard form a reluctant union and decide to co-lead a ragtag band of protectors to Eagle Island in an attempt to thwart Zeta’s plan.

Unlike the previous Angry Birds big screen outing, this one is not devoted to simply contriving a way to play out the format of the game. In fact, it steps entirely clear of those restraints for a more traditional – and utterly generic – animated adventure storyline. Zeta is voiced with acidic aplomb by Ghostbusters reboot star Jones, but the character never gets any depth beyond a bland commitment to villainy that is driven entirely by plot necessity by the time the final third comes around. Indeed, Jones is just one of many immensely talented comedy voices – Tiffany Haddish, Maya Rudolph, Awkwafina, etc – brought in here just to read out a couple of pages of lead balloon gags. 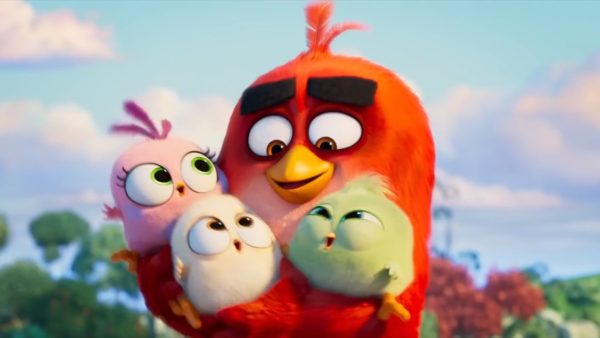 Character growth is in short supply too, with Jason Sudeikis’ Red never really challenged in any meaningful way as to whether his hero complex and bravado – there are billboards of him dabbing – is anything other than a good thing. He has an antagonism-to-romance arc with his buddy Chuck’s (Josh Gad, on typically irritating shtick form) sister Silver (Rachel Bloom), but that never really undercuts Red’s sheer bravado in any meaningful way.

The only properly shining light in the cast, just as with the first film, is Peter Dinklage as the utterly pathetic Mighty Eagle. His ludicrously theatrical vocal performance, combined with the character’s bloodshot slacker appearance, makes him a consistent highlight. This time around, his connection to the story is more intimate – it doesn’t take a genius to guess that this might not be his first knowledge of Eagle Island – but the film is smart enough not to over-expose the character, allowing him to shine in brief segments. Given the vast chunk of time The Angry Birds Movie 2 allocates to a single urination gag, it’s truly impressive how much it holds back its comedic secret weapon.

There’s a sense throughout this film that the storyline is being stretched very thin in order to fill out a feature running time. The central plot is bolstered by a truly bizarre side quest in which three of the hatchlings on Bird Island lose a trio of eggs and embark upon a sort of slapstick journey to retrieve them. It feels like a cynical attempt to replicate the success of Scrat and his Rube Goldberg acorn hunts from the Ice Age movies and it never quite comes off, not least when it appears to culminate in horrific violence for no reason whatsoever. 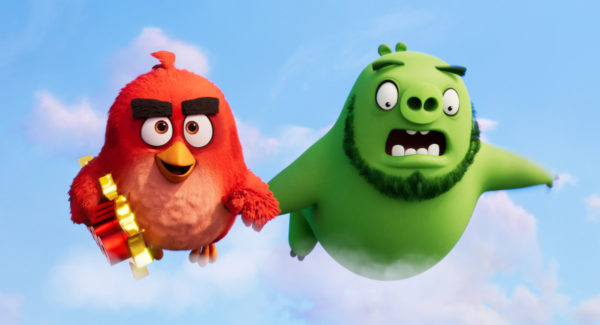 As much as it appears to be trying a lot harder than its predecessor to do something different, The Angry Birds Movie 2 suffers from a script packed with cumbersome, clunking attempted jokes, which land so far of the mark that it’s mind-boggling to believe they were ever recorded. The phrase “resting bird face” does not count as a punchline. To its credit, though, the film has enough slapstick and lavatorial silliness to appeal to its fanbase, with a ‘Baby Shark’ sequence that will delight kids every bit as much as it makes their parents want to leap out of the nearest window.

In a summer of disappointing blockbusters, The Angry Birds Movie 2 is at least one in which audiences know exactly what they’re going to get. There are no surprises here, but the target demographic will lap up everything it had to offer. While the first movie read as an infuriating corporate exercise that doubled as a troubling polemic against anyone different to yourself, the sequel is merely a bit dull.