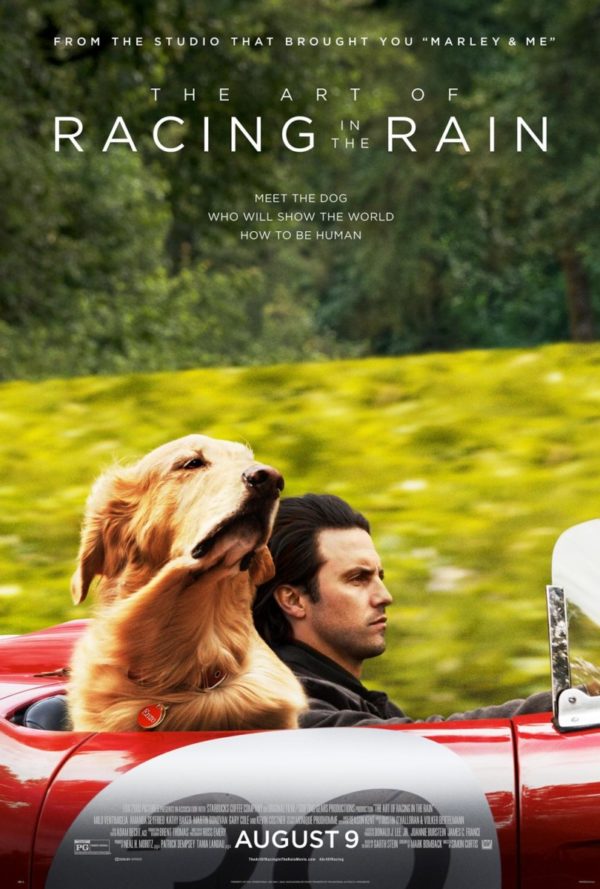 Through his bond with his owner, aspiring Formula One race car driver Denny, golden retriever Enzo learns that the techniques needed on the racetrack can also be used to successfully navigate the journey of life. 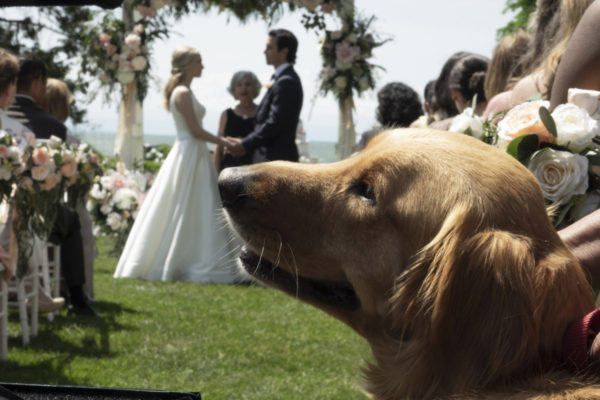 There’s not much racing and even less rain to be found in The Art of Racing in the Rain, a pummeling melodramatic combination of tropes designed to make moviegoers cry their eyes out. Even before introducing the characters properly, the story begins in medias res with a glimpse of Enzo the dog (inner thoughts voiced by Kevin Costner bringing a pearl of sage-like wisdom that works more often than it doesn’t, especially compared to something like Josh Gad’s whimsical take on the same material) not doing too well. It’s clear he is on his way out, and the filmmakers want us to know what is coming as we witness every major moment between him and Denny, the aspiring Formula One race car driver played by Milo Ventimiglia.

Right from the get-go, friends of Denny playfully criticize him for getting a dog, and on the surface, it does make sense. A racecar driver doesn’t exactly seem like the type of person that would also be an unabashed dog lover; the kind that brings his pet sidekick into the mechanic workshop every day (his other job). Drawing a connection between racing and dogs is actually easier than one thinks; when it comes down to it, anyone can be an animal lover. What once seemed like a preposterous premise starts to subtly click throughout the early stages. 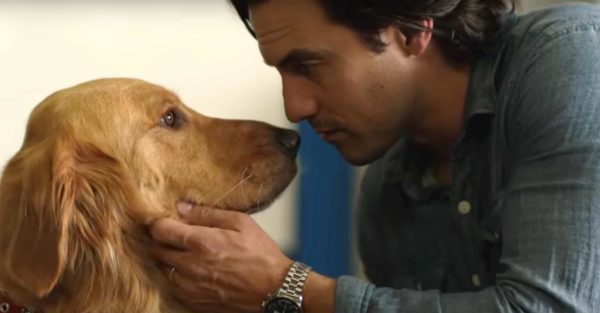 The Art of Racing in the Rain is assuredly one of those eye-rolling dog movies that can’t help deriving humor from untrained pets intentionally going to the bathroom on the floor (as we have already seen about three times so far this year already), but it is bizarrely fascinating listening to Enzo connect ideologies behind racing (that he hears Denny ponder out loud as they watch classic events on television) and apply them to life at large. There are still some strange thoughts such as Enzo reflecting on his perfect childhood while also stating that he knows supposedly no one has a perfect one (how the hell would a dog know anything about that), although they are few and far between as most of what the growing dog thinks about is rather logical. The philosophical elements are even intriguing; Enzo believes that his ancestors are Mongolian choosing to believe in dogs being reincarnated as knowledgeable humans once they die.

Unfortunately, there’s a weight holding this movie down to nearly irredeemable levels. Amanda Seyfried plays Eve and is immediately positioned as the love interest. Her and Denny get married, have a child, and years pass so that the film can hone in on some very specific drama that is simply not necessary. It’s a small spoiler, but Eve develops a form of life-threatening cancer. The situation causes family fighting (Denny’s in-laws think he is unfit to care for her and her daughter seeing as he occasionally has to go away to partake in a racing event), it places a question mark over the future of Denny’s ambitious career, and the focus of the movie is lost. Enzo is still there commenting on everything he sees (there’s also an imaginative segment where he starts hallucinating things from being accidentally left home alone for over 48 hours), but it’s impossible to shake the feeling that the narrative has morphed into something one would catch on the Lifetime channel. That’s also not really a surprise considering all the made-for-television movies director Simon Curtis has helmed. 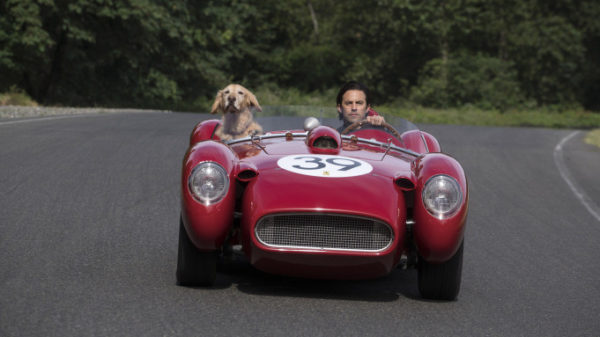 The script from Mark Bomback does no one any favors (especially Amanda Seyfried, whose character basically exists to catch the disease and spiral a quiet and happy family life into something depressing and uncertain) as it tackles sensitive subjects with no urgency or suspense. It’s predictable all the way through, right up to the cringe-worthy final scene that telegraphs itself as soon as the narrative ties itself to Italy. The characters from the gentlemanly and hard-working Denny to the rich and snobby in-laws are paper-thin one-dimensional.

For all its obvious flaws, The Art of Racing in the Rain is still a somewhat passable movie. The story may be generic and offputtingly cloying, but the actors are doing their best to keep things engaging. I don’t know whether the novel by Garth Stein contains the same cancer subplot that throws the whole film adaptation for a loop, just that a version without it would be for the best. It’s already showing us a series of key events detailing a long-standing friendship between man and man’s best friend that is inevitably going to end in sadness, meaning there is no need to sadistically pile more emotionally manipulative sadness on top of it. Regardless, Enzo is both refreshingly intelligent for a movie dog while still given some of the usual playful jokes to work with; he’s the real treat here and the dog portraying him with on-point facial expressions certainly deserves a treat for putting in some good work. It’s a shame his on-set owners don’t really know how to capitalize on such a character or tell a story that isn’t utterly bland, overly melodramatic, and boringly calculable.