Earlier this month, Bruce Lee’s daughter Shannon Lee spoke of her unhappiness over her father’s portrayal in Quentin Tarantino’s Once Upon a Time in Hollywood, stating that the martial arts icon “comes across as an arrogant asshole” during his scenes in the film, which include a fight scene with Brad Pitt’s character Cliff Booth that ultimately ends up in a stalemate. 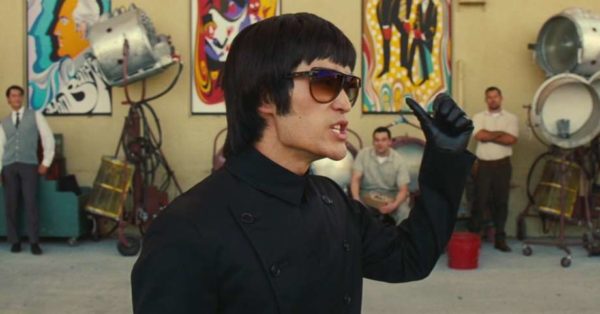 It’s previously been revealed that Tarantino originally wanted Cliff to come out on top in the fight, only for several people – including Pitt – to voice their concerns and convince Tarantino to change things up. Nevertheless, these changes weren’t enough to quell the controversy completely, and now actor Mike Moh, who portrays Lee in the movie, has offered his thoughts on the situation during an interview with Birth Movies Death.

“I’m not going to tell you what the original script had exactly, but when I read it, I was so conflicted because he’s my hero – Bruce in my mind was literally a God,” states Moh. “And the thing about it is, Number One, it’s a Tarantino film. He’s not going to do the thing that everybody expects anybody else to do. You’ve got to expect the unexpected. And Number Two, I knew from the jump, Tarantino loves Bruce Lee; he reveres him. So let me be clear; in the film it was a challenge – ‘best two out of three.’ I got the first point – I knocked him on his ass first. And Bruce at that time was so cocky and maybe got a little excited and he didn’t know Cliff Booth has killed dozens of people with his bare hands – and that’s what people may not realize up until that moment in the film.

“It’s a hugely important scene – what better way to show how dangerous Cliff is than for him to show up and even match him for a little bit with Bruce?” he continues. “And the only reason why I got thrown into that car is because I was so cocky, like, oh I’m going to do this again. I can see how people might think Bruce got beat because of the impact with the car, but you give me five more seconds and Bruce would have won. So I know people are going to be up in arms about it, but when I went into my deep dive of studying Bruce, he more than anybody wanted people to know he’s human. And I think I respect him more knowing that he had these challenges, these obstacles, just like everybody.”

What do you make of Bruce Lee’s portrayal in Once Upon a Time in Hollywood, and his fight scene with Pitt’s Cliff Booth? Let us know your thoughts in the comments below or on our social channels @FlickeringMyth… 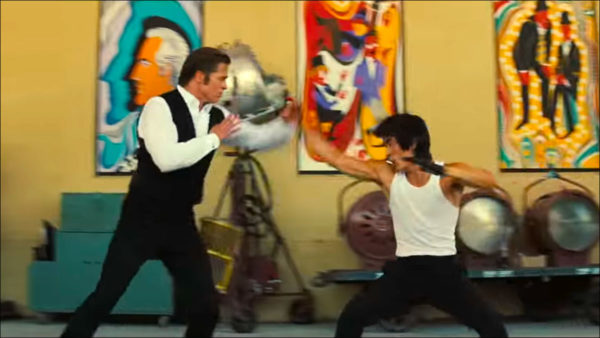 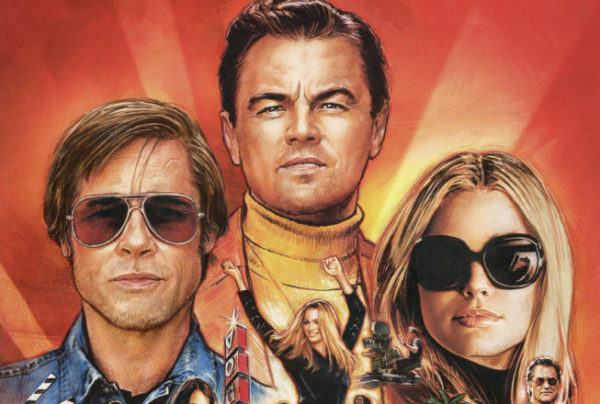