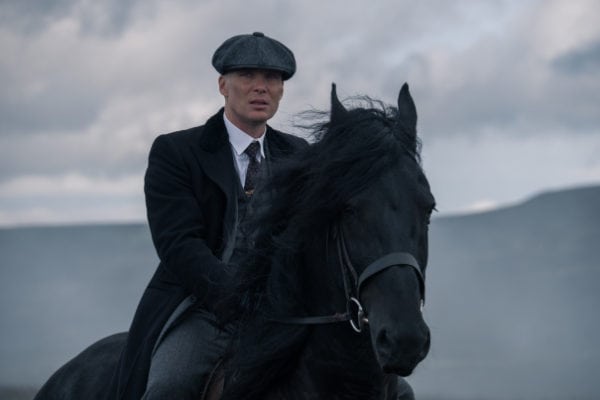 Is Peaky Blinders now the biggest show on English television? The Birmingham set gangster drama’s fifth series arrived on our TV screens this past weekend amidst some serious hype.

We kick off things off with a slick montage depicting head honcho Tommy Shelby riding a horse in the wilderness. Two years have passed since the events of the last series and Tommy now has a new host of problems to deal with. The year is 1929 and the Shelby business has now expanded worldwide, unfortunately for them though, they’ve expanded to New York just as the stock market has crashed, plunging their whole set-up into turmoil.

This is clearly being established as one of the key plot points of the series and the set-up for it all is superb. Meanwhile, Tommy still has to deal with being an MP, and one scene sees him rally the backbenches with an inspired speech about the working man no longer being trodden on. Interestingly enough, this gets the attention of another MP, one Oswald Moseley, played here by a moustachioed Sam Claflin. Obviously, Mosley would go on to create the British Union of Fascists so it will be interesting to see what his involvement is here. 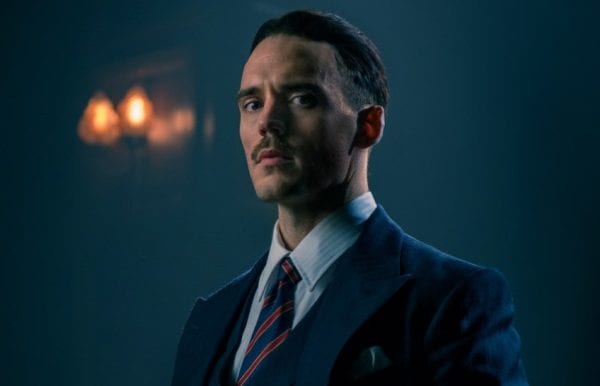 Tommy’s position as an MP clearly comes with its own set of challenges and one of the episode’s best scenes sees him being confronted by a journalist who is all too aware of Tommy’s past. Cillian Murphy, as he always is, is superb here, remaining as cool as ice while he threatens the man to stay away from his private life. The closing scene of the episode is a reminder that it’s really not a good idea to challenge Tommy Shelby in such a way.

Elsewhere, Arthur’s wife is causing him problems and Ada is pregnant but it was Tommy who was the real star of this episode. His existential crises never get old and one scene at the start where he has to shoot a horse is brilliant. Watching him wrestle with all of the different personas he is having to wear is gripping and Murphy absolutely nails it.

Outside of all of that, the show is still as cool and stylish as ever. The Birmingham the characters inhabit is slick and drips with neo-noir style. It’s a perfectly realised world and one that the showrunners are clearly very comfortable working in. The continued expansions are welcomed though, and it will be interesting to see whether the show heads over to New York later in the series .

Verdict: Peaky Blinders is back and it is still the coolest show on television. Brace yourselves for six weeks of existential dread, revisionist history, stylish visuals and some seriously hammy Brummy accents.