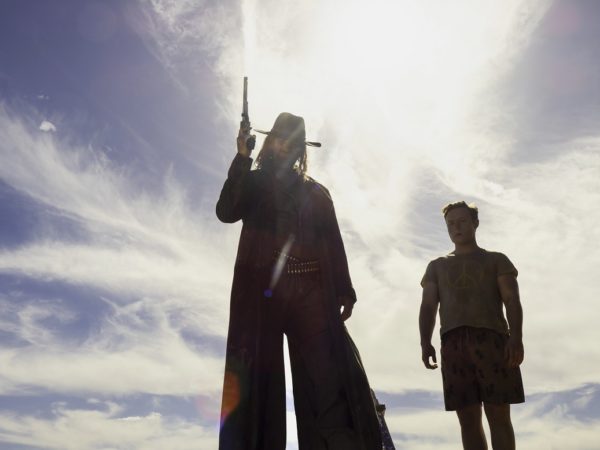 If boring through the Earth’s core, being marooned at sea or executed by rectal shotgun blast were ever on your bucket list then you might be in luck with Search and Rescue. Should you lean towards incurring the wrath of our almighty, having Jesus as a jail break ally or mediating between heaven and hell during protracted peace talks then once again things might be considered peachy. To say season four is mad as a bag of frogs would be putting it mildly.

This comic book serial is riddled with narrative tangents, off kilter segues and more tasteless violence than others might consider acceptable. All you can say is that there is a karmic quality to the implementation, execution and comedic realisation of that retribution. Mix in a wig wearing assassin with denial issues, an all father with delusions of grandeur and one son of God who is not adverse to some low level deception and things only get more bizarre. 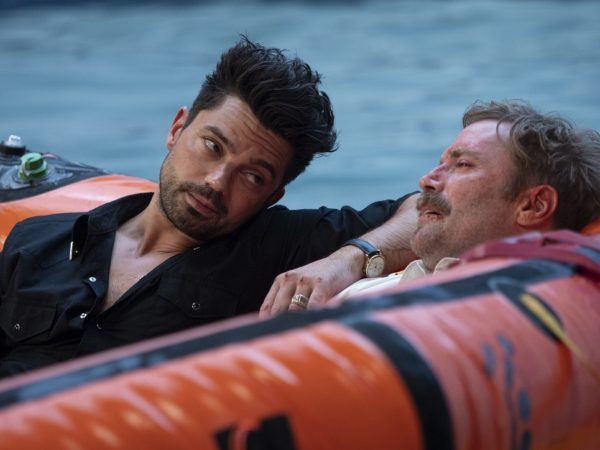 Although episode four is consistently entertaining drama seems strangely absent from proceedings as our trio are perpetually separated. Starr might remain stoic in the face of disintegration, while Featherstone stone walls Jesus but nonetheless there is a sense of stasis. Mild slapstick and a smattering of gratuitous pay back may mingle with moments of mortal introspection, but in spite of that Search and Rescue feels conventional.

Things which should have had more impact somehow feel flat in places. Dark moments of comedy which raise a smile under normal circumstances miss their mark. Cassidy as a character feels hemmed in by Masada while Tulip and Featherstone miss each other by inches, denying audiences that comedic chemistry. Only Pip Torrens does so much with so little and still makes Starr ego driven, vulnerable and narcissistic yet likeable. Even as he literally falls apart, blatantly lies and does it with a solid visage Torrens remains worth the entrance fee on his own. 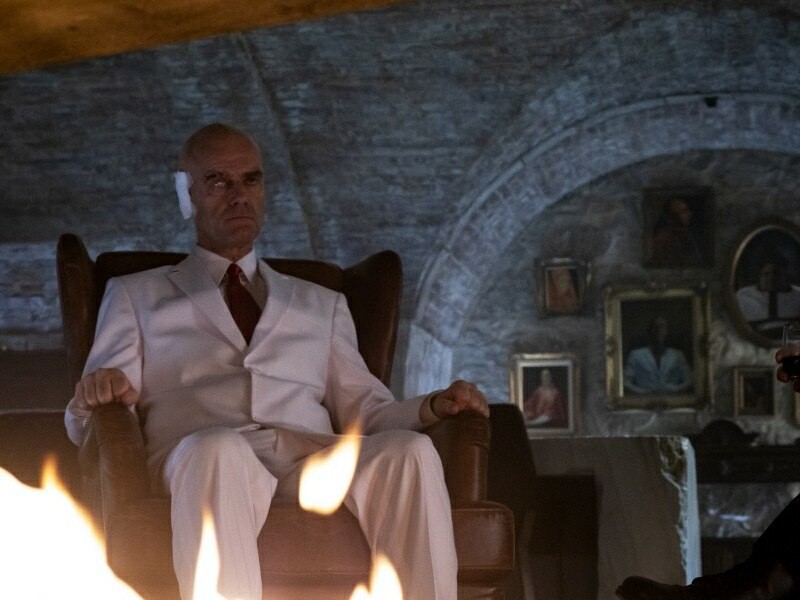 Elsewhere there is a pressing need to bring everyone together and get those individual moments in one room and light some blue touch paper. Despite a distinctly average forty plus minutes of treading water Preacher remains amongst the most original piece of television currently in circulation. Strangely abstract, censorship baiting and willing to push back when necessary this is one slice of television without equal.