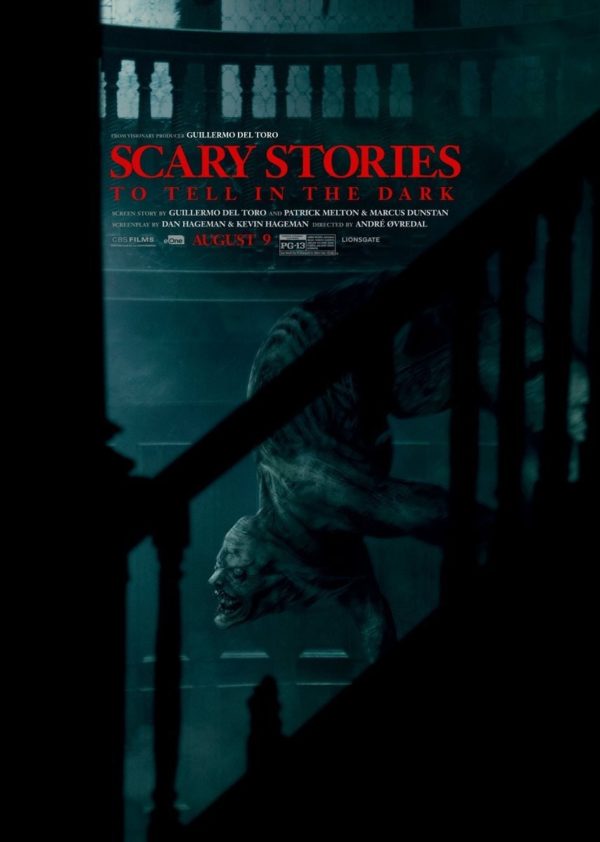 A group of teens face their fears in order to save their lives.

Before actually reviewing Scary Stories to Tell in the Dark let’s clarify one slightly misleading thing (especially for those that happen to be familiar with Alvin Schwartz’s popular stories). This is not an anthology film, but it does contain a rather unique approach to constructing a movie that resembles a series of horror sketches involving different types of monsters, all in the form of a supernatural haunted book where sentences and stories magically materialize onto blank pages describing in detail the death or disappearance of a character (whichever is more convenient or family-friendly for the plot at any given moment).

Rather than giving each individual story its own focus, they are all a part of an ongoing mystery and sequence of terrorizing events that begin on Halloween night, as a small group of friends feuding with the school jocks eventually all wind up at the same abandoned creepy mansion. The legend goes that the owners of the home had a daughter that was different from the rest, something to be embarrassed and ashamed of, causing them to lock her away and close her off from society. This girl, Sarah, would then go on to tell visiting children scary stories from through the walls, somehow cursing and killing them. The stories themselves are written in a book, supposedly with the blood of the children, and wouldn’t you know it, our protagonists come into possession of the titular scary stories during their brief but spooky stay at the home. 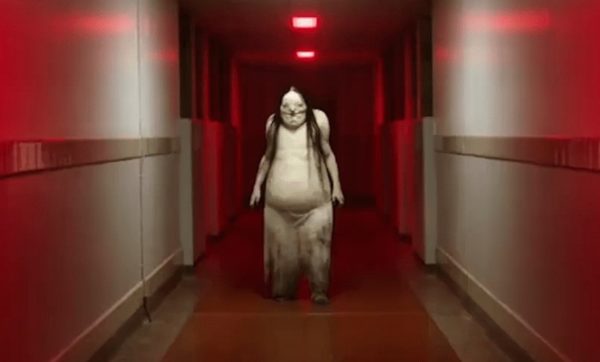 Stella (Zoe Margaret Colletti) is obviously similar to Sarah in some ways; she is quiet, reclusive, managing her own trauma (she lives with her father played by Dean Norris while blaming herself for her own mother running away), and enjoys writing scary stories. Her two best friends Auggie and Chuck (Gabriel Rush and Austin Zajur respectively) are under the impression that she is such a loner that she has no interest in dating, which is why they are thrown for a loop when she suddenly takes a liking to Ramon (Michael Garza), someone willing to encourage her fascination with all things horror and explore haunted houses with her while the other two banter about walking away. Also, meeting one another watching the freshly released Night of the Living Dead at a drive-in movie theater is one hell of a meet-cute.

Naturally, it also turns out that investigating places one doesn’t belong brings forth bad things. After retrieving the book out of curiosity, Stella begins to notice pages writing themselves and a local bully going missing the next morning, with the aftermath being the same as what Sarah conjured up in the book using her witchcraft powers. From here, Scary Stories to Tell in the Dark does the bare minimum with its plot to string us along to the next spooky event. Sometimes it works (there’s a pot of human stew that is flat-out nasty) and other times it doesn’t (one character gets pulled into the abyss from underneath the bed). Luckily for the segments that don’t work, the concept of a book impervious to all damage writing out the fate of our characters is enough to keep audiences invested. And there is a certain part where director André Øvredal demonstrates his ability to mount tension, but more specifically, tension claustrophobically closing in. 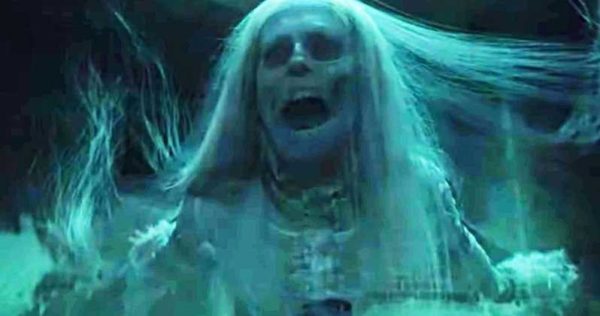 Written by Dan and Kevin Hageman (alongside some other credits including the Oscar-winning Guillermo del Toro who also produced the project), the characters always feel one-dimensional and flat. The chemistry between Zoe Margaret Colletti and Michael Garza is stale, one of the teenagers exists solely for cringe comedic relief, there’s an obnoxious self-obsessed girl constantly worried about her appearance (to be fair, this is used to create a gnarly scene of body horror), and some frustrating horror tropes pop up (as in characters doing loads of quick research to swiftly figure out what really happened). It would be fine if the mystery was intriguing and not overly predictable, but it is.

Finally, it needs to be said that the CGI here is terrible, and that creatures not utilizing makeup effects should have never been signed off on, especially for a movie like this that harkens back to horror of the 80s and 90s both in style and tone (there’s not much blood and at times the movie feels like it’s going out of its way to serve as a healthy dish of family-friendly frights, but it’s not afraid to depict the racism of the era or further suck us into a time and a place, namely using election day and the Vietnam war as a backdrop). To put it in other terms, it’s as relentlessly dark as something like Gremlins, the kind of all-ages horror movie that really doesn’t give a shit how long your kids won’t be able to sleep at night, except never comes close to being as entertaining. The characters are too bland and forgettable, some of the stories have a deflating payoff, and even things such as the order of which teenager will be attacked next fall into an obtuse pattern. There are a few imaginatively wicked passages within Scary Stories to Tell in the Dark, but the rest can go collect dust.