After making the ultimate sacrifice in Avengers: Endgame to defeat the Mad Titan Thanos, Iron Man made his return to the Marvel Cinematic Universe – in a fashion – in Spider-Man: Far From Home, with a zombified version of the Armored Avenger appearing to the web-slinger during one of Mysterio’s illusions. And, thanks to Marvel artist Henrik Tamm, we’ve got a look at some concept art for the sequence, which also reveals that an army of zombified Iron Men were considered for the sequence; check it out here, and visit Henrik’s Instagram for more Far From Home concept art…

SEE ALSO: Marvel writer has an issue with Spider-Man killing in Avengers: Endgame 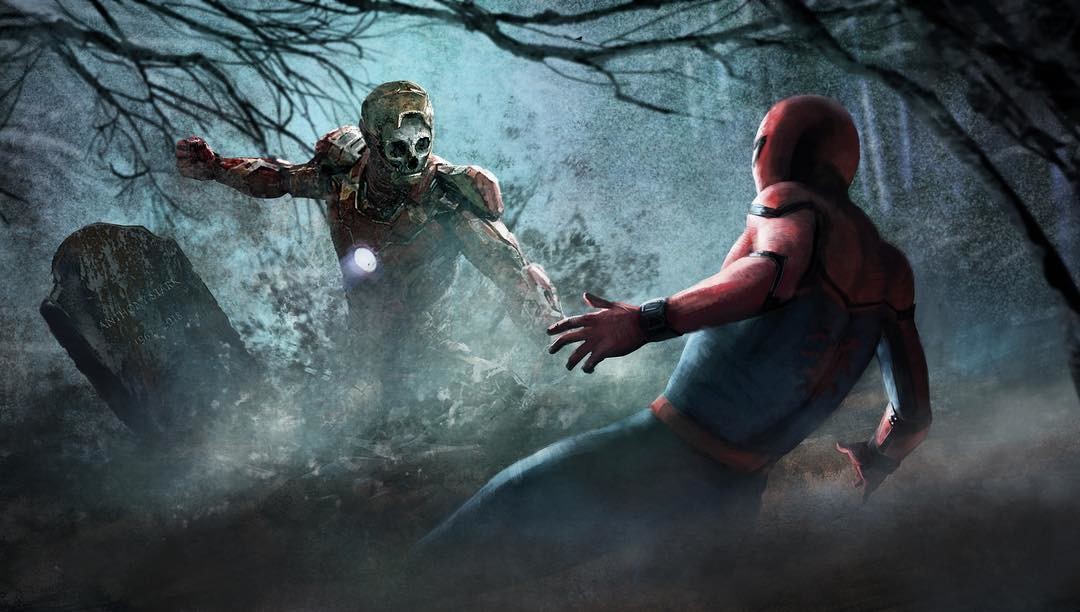 SEE ALSO: The Most Amazing Scenes in the Spider-Man Films