Continuing in our look at the B to Z of movies, Tom Jolliffe looks at the rogue film-makers who operated away from the studio systems, from the 50’s through to the prolific video era… 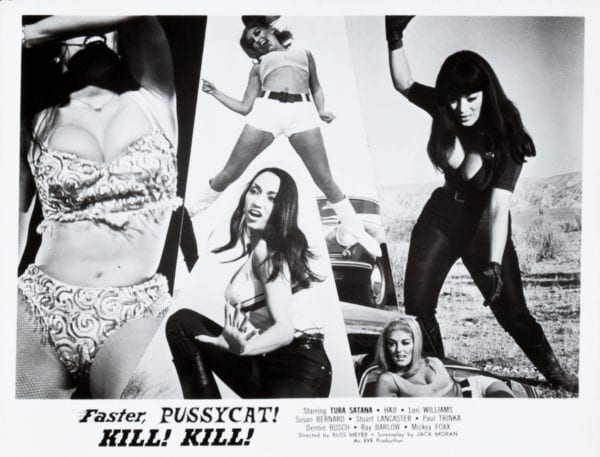 What do Martin Scorsese, Francis Ford Coppola, Ron Howard, Jonathan Demme, James Cameron, Jack Nicholson, Peter Fonda, Dennis Hopper and host of other icons have in common? They all had a significant helping hand in their fledgling careers by a certain Roger Corman. Corman began his career in the mail room of 20th Century Fox, working his way up to becoming a reader. When his input on the film The Gunfighter (with Gregory Peck) was left uncredited he left Fox and thus the studio system, and branched out on his own (he did briefly return to direct for Fox before branching away again). Corman fans will likely look at his early career with the greatest fondness at his Edgar Allan Poe adaptations as well as some of his gangster and crime films through the 50’s and 60’s.

Before long Corman would establish a key aspect of his career, and that was a prolific output. That golden period, though predominately in the low budget realm (though fairly lavish in comparison to comparative films of the video era onward) saw Corman work with a huge array of stars on the rise. He seemed to have a gift for seeing stars of the future, whether it was Charles Bronson, Jack Nicholson or Robert Vaughn to name a few. Whilst Corman’s name is one of the most notable in B movie lore, some of his greater works display a level of film-making craft that many might under-appreciate. He was actually not a stranger to critical acclaim. Rare as it was, it happened back then and the beauty of retrospect has also allowed for significant re-appraisal (particularly for those early works). 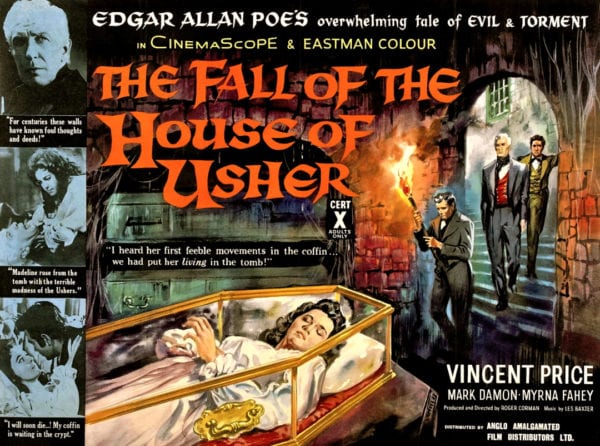 Corman, able to break out of that system, something of a young upstart, would pave the way for a new generation of young, vibrant film-makers with powerful new messages (including the likes of Scorsese, Coppola, and some indie directors like Cassavetes). Likewise, his impact spread into trash cinema, grindhouse, exploitation movies. Russ Meyer began pushing boundaries of taste with seminal favourites like Faster Pussycat, Kill Kill and Vixen. If you don’t think a Russ Meyer film has had much impact on mainstream cinema, you’ve never seen a Tarantino film.

In the 70’s and into the 80’s, Corman’s output became progressively more low rent. The films became cheaper, trashier, or paler imitations of bigger films (see Bloodfist for Bloodsport). In part, the big screen avenues were closing off, and additionally, the extra competition meant a wider share of the grosses. Cheap films became uber cheap. Then the video market meant that these would bypass theatres anyway. That video boom allowed a huge wave of maverick film-makers to begin producing films in backyards, often pushing content to the absolute extremes they could get away with. This was all happening alongside similar movements around the world. The Italian B picture had long been popular, and indie studios like Cannon Films would eventually merge with Italian production teams to make dirt cheap fantasy films or horror. Lou Ferrigno made a series of Italian Cannon sword and sorcery epics through the 80’s, in a period of time when fantasy films like Conan The Barbarian were popular.

SEE ALSO: The B to Z of Movies: How B Movies Ruled the Cinema 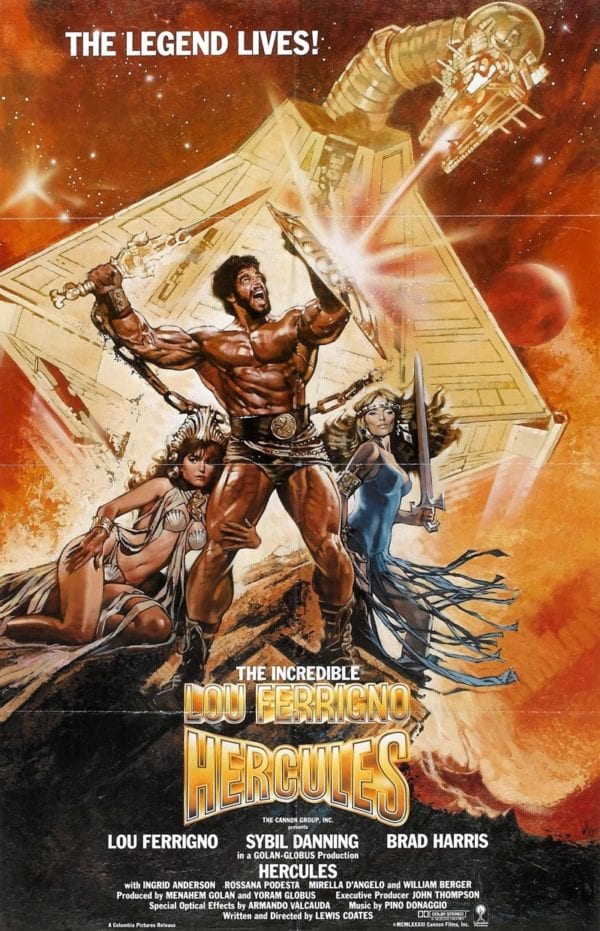 Cannon, an independent studio initially known for ‘tit-flicks’ grew and established their own brand, with a very definite exploitation approach, undoubtedly partly inspired by Corman’s productions (particularly from the late 60’s onward). They sought big stars, and figured that the star or the property was key. The content was secondary. As long as you had Sylvester Stallone and paid him big bucks, a lack of budget for the actual shoot mattered little. Cannon then put their chips down on particular stars who became synonymous with their canon (Chuck Norris, Charles Bronson). They also had the ability to self-distribute, with their own chain of cinemas. The formula, albeit briefly, worked well, until audiences figured that the video market was offering many of the same kind of films on similar quality (or indeed, giving an inevitable home format release, 12 months down the line). Still it was good while it lasted.

Film-makers so synonymous with awful movies, like Ed Wood, would eventually spawn a new generation. Cinema loves comparison. Everyone from Stallone, De Niro, Mickey Rourke and more had been called ‘the new Brando’ at some point in their career. Directors get it too. ‘The new Spielberg.’ That B movie boom in the 80’s, from cinema but particularly into the video realm saw a host of film-makers become known for prolific output and many drew comparison with Wood. Albert Pyun, getting his start in the booming sword and sorcery genre, with The Sword and the Sorcerer was one such filmmaker. An eclectic mix of films for certain, but among them were gems with interesting concepts like Radioactive Dreams. Additionally, a visual style and gift for the perpetually diverse mean that while Pyun will always be associated with ‘bad’ movies, he was not lacking in creative energy (and a definite visual flair). Other filmmakers have had similar CVs, such as Fred Olen-Ray.

Whilst many of these film-makers had brief flings with the big screen, the late 70’s also saw the emergence of a company synonymous with exploitative trash. They existed in underground screenings, back room video shelves, among a small number of cult favourites which gained wider attention; Lloyd Kaufman’s Troma for example. Known primarily for exploitative horror, the films often had gleeful levels of extreme violence and nudity. Nudity was already in vogue by then, but the levels of sadistic violence began to populate video horror in the 80’s, and few were as prolific as Troma. It was tapping into this hand over the eyes reaction from cult audiences which would eventually clear a path to the early noughties fascination with ‘torture porn’ cinema popularized by the likes of Saw. With perhaps more sadism, more elaborate effects and certainly less impish humour, they nevertheless trod on ground well worn by Kaufman’s studio et al. Kaufman was certainly no stranger to theatrical success in the early days, initially producing predominately sex comedies, until the move to creature feature horrors like The Toxic Avenger. It would be a disservice to say Toxie was resigned to the very underground depths of cult cinema. There was a level of pop culture success to the franchise, spawning toy lines and cartoons. That’s beyond the realm of video nasty. 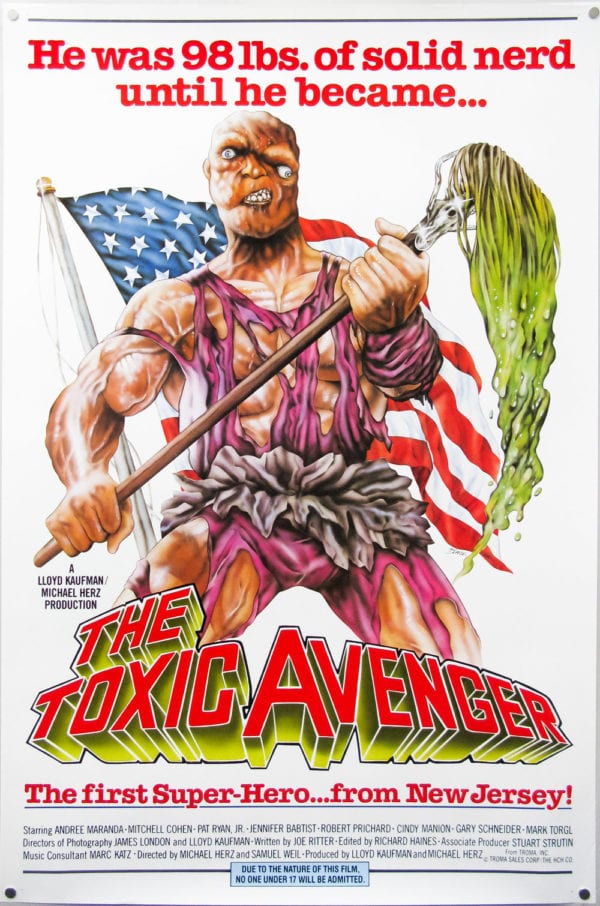 Kaufman remains a well respected, well liked industry figure, even if those initial offerings and gratuitous nudity begin to feel out of place in the modern world. Still, these passionate film-makers, following a path forged by Corman opened up so many avenues in an industry that was always (and to an extent still is) quite elitist. The fact we’ve had rumours of a big budget Toxic Avenger reboot (which may still happen) says a lot. For many of these B movie peddlers, treated with dismissive scorn, it’s fair to say that a level of artistry eventually becomes appreciated over time. You need only look at Panos Cosmatos’ brilliant, Mandy last year to see the influence of the golden era B movie, and the video nasty onto a wildly artistic, brilliantly insane film. From Corman and beyond, this almost brazen approach has been an inspiration which still remains prevalent in the modern movie era.

On the final part of the B to Z of movies, we’ll be looking at the mockbuster and modern era maestros in the age of digital film-making and streaming.