Flaregames and Well Played Games have announced that Warhammer Combat Cards is now available to download for free on the App Store and Google Play Store. 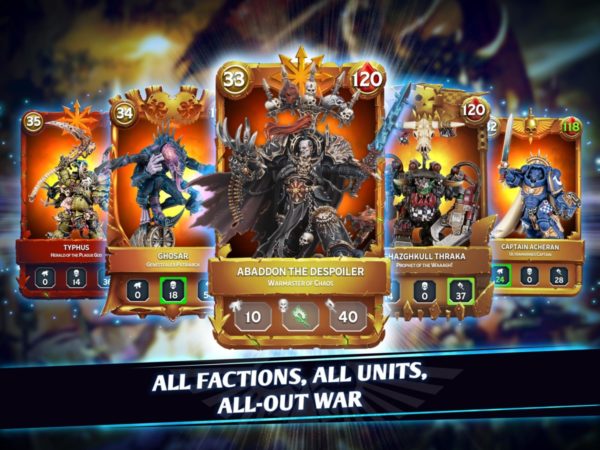 Based on the classic Games Workshop game Citadel Combat Cards, Warhammer Combat Cards allows players to collect and upgrade cards to build your army decks and challenge other players in turn-based PvP battles. You can also take part in regular, time-limited campaigns based on Warhammer 40,000’s battles to increase your standings in the leaderboards.

In Combat Cards, you have the ability to play as all of the factions in the Warhammer 40,000 lore including the Space Marines, Astra Militarum, Aeldari Empire, Orks, Necrons, and the armies of Chaos.

“We’ve previously described Warhammer Combat Cards as a dream project, because as lifelong fans of Warhammer 40,000 and having played with Citadel Combat Cards as kids, this was a chance to bring a classic game to modern audiences,” said co-founder of Well Played Games, Stu Maine. “With the expanded scope of our game, and having developed a close relationship with Games Workshop, it’s exciting to create something that can contribute to such an iconic brand and evolve alongside it.”

Warhammer Combat Cards is available on the App Store and Google Play Store for free. Will you be checking out the game? Let us know in the comments below or tweet us @FMyth_Gaming…