The Arrowverse’s Crisis on Infinite Earths crossover has just added another face from DC television’s past. TVLine reports Ashley Scott, who portrayed Huntress in the short-lived Birds of Prey series, will reprise her role for the massive CW crossover. 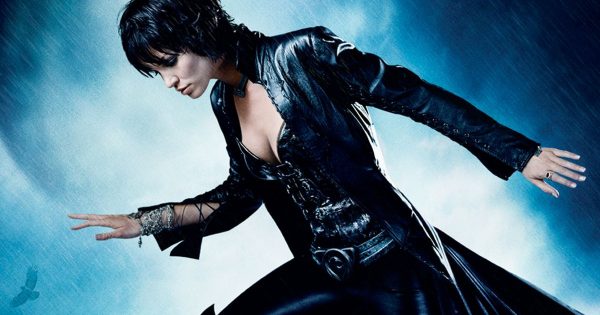 Birds of Prey debuted in 2002 and took place in New Gotham City, set several years after Batman seemingly abandoned his war on crime and Gotham following a fateful encounter with The Joker. Helena Kyle, aka Huntress, is the daughter of Batman and Catwoman and has metahuman abilities giving her increased strength, speed and healing. She works with Oracle, the former Batgirl Barbara Gordon who is confined to a wheelchair after getting shot by Joker, and Dinah Redmond, a telepath who is the daughter of Black Canary.  Starring alongside Scott was Dina Meyer as Oracle and Rachel Skarsten as Dinah. The series ran for 13 episodes, but was cancelled due to declining ratings.

Aside from Scott, Crisis on Infinite Earths will feature a ton of familiar faces from past DC series. Last week it was announced Smallville actors Tom Welling and Erica Durance would be reprising their roles as Clark Kent and Lois Lane while John Wesley Shipp (The Flash), Burt Ward (Batman ’66) and even Batman: The Animated Series actor Kevin Conroy in his first live-action DC role. Brandon Routh will also play Superman for the first time since 2006’s Superman Returns a version inspired by the graphic novel Kingdom Come, while also playing his DC’s Legends of Tomorrow role as Ray Palmer/Atom.

Crisis on Infinite Earths will begin with Supergirl on Sunday, December 8, followed by Batwoman on Monday, December 9 and The Flash on Tuesday, December 10. After that it will go on a winter hiatus, returning with Arrow on Tuesday, January 14 and will conclude with DC’s Legends of Tomorrow airing immediately after Arrow.