Having been kept separate from the Arrowverse since its 2017 premiere, Black Lightning will finally be crossing over with Arrow, The Flash, Supergirl, DC’s Legends of Tomorrow and the new Batwoman series this December as part of the five-episode event Crisis on Infinite Earths. “I was excited [when it was announced], but not, I’d say, surprised because the fans have been wanting this since they announced that we were a show,” said Black Lightning himself, Cress Williams, during an interview with Entertainment Weekly to discuss his appearance in the big team-up. “They were already like, ‘Are you going to be in the crossover? When are you gonna be in the crossover?’ They always wanted it from day one. The unofficial rumblings behind the scenes had been just growing. It got to the point, especially after Comic-Con, that I would’ve been more shocked if [they said], ‘No, this is never going to happen.'”

Williams also went on to discuss his interactions with his fellow DC heroes from The CW, stating that: “We feel isolated a bit being in Atlanta, but I socialize with a lot of the other shows when we’re doing press together. They all are really cool people, so I’m excited to play with them… I feel like Black Lightning and Stephen Amell’s Arrow character, they have that kind of vigilante quality that’s similar and a grittiness that’s similar. That will be a lot of fun. But I’ve interacted with The Flash cast quite a bit just in random places, and I really enjoy being around them. I’m just starting to get to know [Supergirl’s] Melissa Benoist. She’s legitimately one of the nicest people I’ve ever met. I really look forward to playing with all of them and acting alongside all of them, and swapping stories with all of them. I think it’ll be really fun.”

Before we get to Crisis on Infinite Earths, Black Lightning will return for its third season on The CW, beginning Monday October 7th. 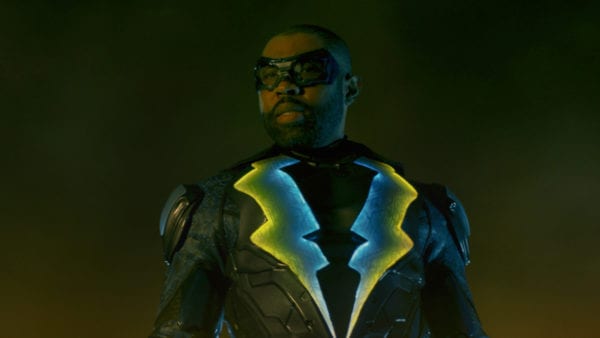