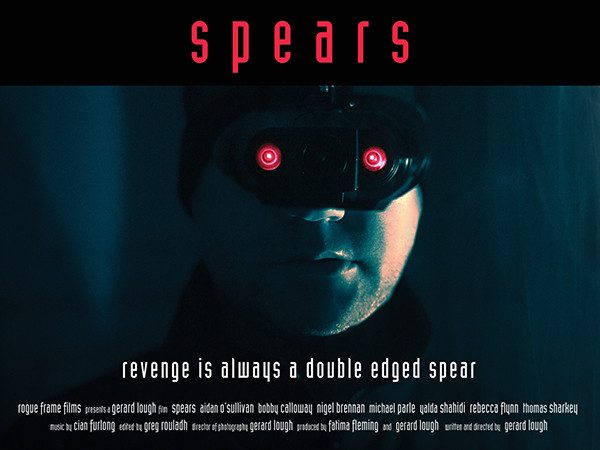 Spears follows Private Investigator Kian (Nigel Brennan), who is sent to Italy to find a woman (Yalda Shahidi) who mysteriously disappeared there. Very soon he finds himself tangled in a web of revenge and betrayal much larger than he could have imagined. Also featuring in the cast of the film are Aidan O’Sullivan, Bobby Calloway,  Michael Parle, Rebecca Flynn and Thomas Sharkey.

“I think every director can pinpoint a key film that inspired them to get behind a camera themselves,” states Lough. “Something that made a deep impression on them at a pivotal stage in their life. For Spike Lee it’s The Deer Hunter, for James Cameron it’s 2001: A Space Odyssey, for me it’s Strange Days. The small tribute we pay Strange Days also makes a statement that box office statistics are no bearing on the inspiration other artists can take from a film that can exert a powerful influence long after its initial release.”