On The Pick of the Flicks Podcast, a different guest drops in every week to chat about their favourite film. This week, film critic Billie Rogan comes on to discuss Greta Gerwig’s coming-of-age drama Lady Bird… 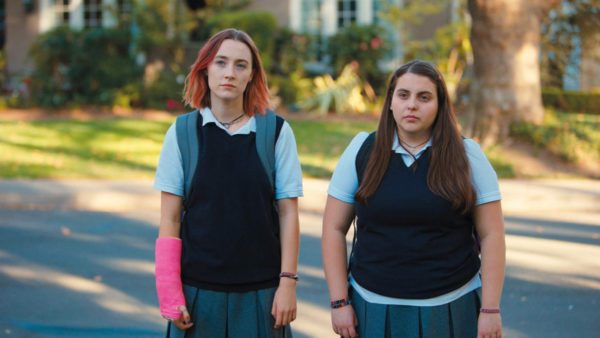 On this week’s episode of The Pick of the Flicks Podcast, film critic Billie Rogan stops by to reveal her love for Greta Gerwig’s noughties-set coming-of-age comedy Lady Bird, in which Saoirse Ronan proved once again that everything she touches turns to an Oscar nomination. We chat about the mother and daughter relationship at the heart of the film, the irresistible douchebag energy of Timothée Chalamet and the prospect of starting the awards campaign for Little Women a few months early.