Ever since I concluded watching season one of Mindhunter, I was fraught with impatience to return to its twisted sepulchral world, populated with depraved serial killers and the heinous deeds they commit. So, after twenty-two painstaking months of waiting and speculating, here we are. And now the question is, does it measure up to the dizzyingly high bar set in its erstwhile season? Read on to find out.

Season two picks up almost immediately where the first season concluded; with our oddball team of do-gooders having gone on their own separate ways, in the wake of the fallout. Holden Ford (Jonathan Groff) has been missing in action since that fateful day, with no one privy to his whereabouts. It turns out that he’s been experiencing recurrent panic attacks necessitating hospitalization, following his too-close-for-comfort encounter with coed killer Ed Kemper (Cameron Britton) during last season’s finale. Undoubtedly it shook Holden that the only ‘friend’ he’d got left in his life-after having alienated everyone else- was a psychopathic mass murderer and this triggered his downward spiral. Inevitably Holden is lassoed back in to the fray by his gruff, no-nonsense partner Bill Tench (Holt McCallany), at the behest of enthusiastic new BSU chief Ted Gunn (Michael Cerveris of Fringe fame). The BSU’s work was shunned early on in season one, with acceptance of their revolutionary methodologies coming pretty late in the game. The winds change drastically from the get-go in season 2 with Gunn’s appointment as chief. Now the FBI not only embraces the BSU’s work, they’ve even gone so far as to make them standard practice within the department. After a rough start, things are finally looking up for the BSU.

Season two deviates from the predicted narrative trajectory in that, we the audience were previously under the impression that season one was setting up the BTK killer to be the big bad of this season; but that’s not the case. Despite BTK’s expanded role, a vast proportion of this season is taken up by the investigation surrounding the infamous Atlanta child murders of the late 70’s and the subsequent apprehension of its perpetrator Wayne Bertram Williams (Christopher Livingston). There is also a shift in focus from the more Holden-centric narrative of season 1 to a more a well-balanced storyline which delves into the personal lives of each team member of the BSU; particularly Bill Tench. I won’t spoil you, but the shocking twist concerning Tench’s son Brian (Zachary Scott Ross) absolutely gutted me. And much like the show’s protagonist I was stunned with disbelief, as to what transpired. This disturbing revelation takes a devastating toll on Tench, and eventually it starts seeping into his work life as well. Holt McCallany gives a nuanced portrayal of a troubled father unable to come to grips with reality. We feel his pain but at the same time wonder; is this troubling development in anyway connected with Tench’s work in the BSU or is the answer something far simpler- was the child simply at the wrong place at the wrong time? Or something…inherently insidious? Which brings about the question ‘are killers born? Or are they made?’ Hopefully we’ll get the answers to Brian’s dilemma next season. Till then all we can do is wait. If there’s a nitpick in the series regarding character development (which is more or less executed superbly overall, mind you) is the fact that I wasn’t particularly pleased with the story arc concerning Dr. Wendy Carr (Anna Torv) which pretty much was a retread of what took place in the previous season- flirtation, relationship and heartbreak.

And now on to the best aspect of Mindhunter; the showcasing of its depraved serial killers and boy, does this season have its fair share or what! The most notable of which are that of David Berkovitz, aka ‘the Son of Sam’ and the notorious cult-leader Charles Manson. Playing serial killer David Berkovitz is indeed a departure for comedy actor Oliver Cooper (Hangover III, Project X), but he pulls it off with panache and then some. But the real stand out for me is Damon Herriman, who turns in an unforgettable performance embodying the charismatic cultist, channeling the real-life Charles Manson’s mercurial persona. This will mark the second instance Herriman has played Manson this year alone; the first time being in Quentin Tarantino’s Once Upon a time in Hollywood. Although brief, Herriman’s take on this nefarious individual will certainly stick around in everyone’s mind, long after the credits roll. Cameron Britton is as always amazing, as the high-functioning psychopath Ed Kemper.

The discourses between him and our duo of FBI agents are just riveting and disturbing simultaneously. And last but not least we get to serial killer Wayne Williams, who’s currently serving a life imprisonment for the slaying of two adult males in Atlanta, Georgia. Although convicted for only two, the police believe that he was responsible for at least 23 of the 30 Atlanta murders between 1979-1981. All this was unfolding against a political backdrop which saw the city, the capital of the state of Georgia, trying to emerge from its pivotal role in the 1960s Civil Rights Movement into a new progressive era for black Americans. Having sifted through innumerable articles pertaining to the Atlanta child murders I was quite surprised with the series’ attention to detail with regard to the incident. Everything from the profiling specifics, the controversial racial component to the benefit where Sinatra and Sammy Davis Jr. performed; it’s all there. And yes, Williams did indeed say, “I know its about those boys”, when the police stopped him at the bridge, and yes, he did have a nylon-cord in his trunk but despite the incriminating evidence the local law enforcement decided to let him go anyway. Actor Christopher Livingston (Service to Man) truly is a revelation here, capturing the cocky self-assuredness and the chilling apathy of a heartless man with no shred of remorse. An utterly engrossing performance indeed. Plus, his physical resemblance to the real-life killer is… disturbingly uncanny. 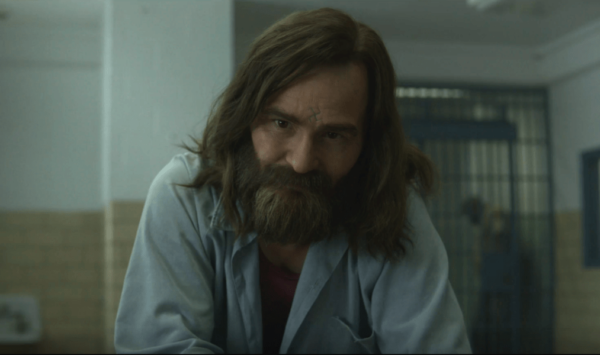 Although created by Joe Penhall this series has executive producer David Fincher’s fingerprints all over it. Everything from the insane attention to detail, sepia-tinged moody cinematography to the atmospheric soundtrack bedecked with perfectly timed needle drops. It’s all Fincher and I love it because of that. Although nearly all violence is committed off-screen, the impact those dastardly deeds has on the audience, is never compromised or diminished. And that’s the beauty of this TV series. It shows so little, but conveys so much through other means. Also worthy of mention here, are the efforts of casting directors Laray Mayfield and Julie Schubert for their spectacular contribution to the series. Not only have they been able to choose actors who bear an uncanny physical resemblance to their real-life counterparts, but also ones who turn in terrific performances as well.

All in all, season 2 ups the ante and improves upon the already brilliant 1st season replete with strong performances across the board. If you haven’t yet seen this latest Netflix venture you really ought to. It will not disappoint.