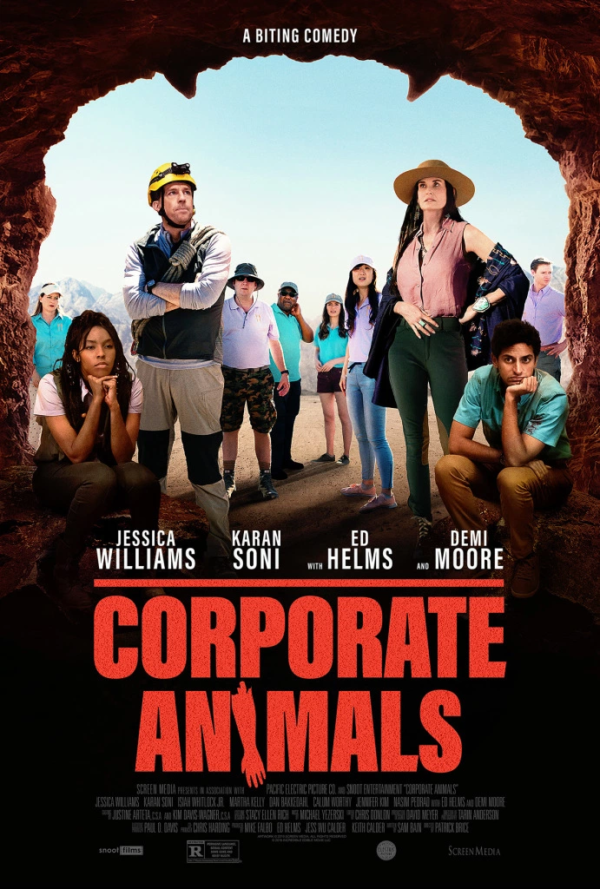 Lucy (Demi Moore) is the egotistical megalomaniac CEO of Incredible Edibles, America’s premier provider of edible cutlery. In her infinite wisdom, Lucy leads her staff including her long-suffering assistants, Freddie (Karan Soni) and Jess (Jessica Williams), on a corporate team-building caving weekend to New Mexico. When disaster strikes, not even their useless guide, Brandon (Ed Helms), can save them. Trapped underground by a cave-in, this mismatched and disgruntled group must pull together in order to survive. 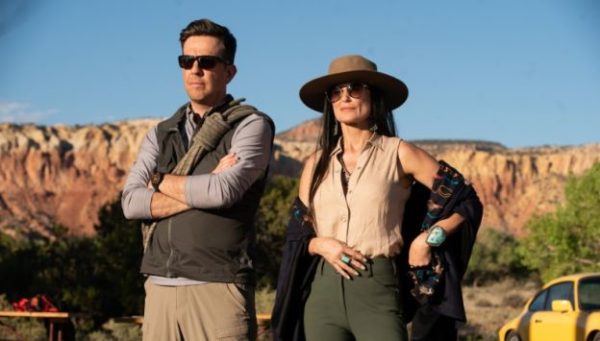 Corporate Animals begins with an advertisement for edible cutlery, the central focus of the multimillion-dollar conglomerate run by the ruthless and selfish Lucy (Demi Moore playing the role as such, but not nearly as nasty enough as the material requires), and it’s certainly an idiosyncratic moment that I wish there was more of here.

Incredible Edibles is currently in a slump, so Lucy brings it upon herself to drag her miserable underlings on a cave exploration tour led by Brandon (Ed Helms basically doing a glorified cameo here, getting a few laughs in) as a teambuilding exercise, oblivious to the fact that her own toxic behavior and bad financial decisions are the real issues. And naturally so, considering she’s the archetype CEO that uses her employees as tools to get a job done and see results rather than empathize with them as individual human beings that have their own problems and lives. Aside from being a woman in power, her personality is as cliché as it gets.

Familiarity is also the major problem with Corporate Animals, as the script from Sam Bain (responsible for penning episodes of countless TV shows and web series) finds a way to trap the group underground inside the cave (a group that is already trapped mentally and emotionally), unfortunately going exactly where one would expect it to go from there. There are hallucinations (primarily from one character that gets graphically injured in amusing fashion before the co-workers even reach the cave), a pair that each think they are in line for a promotion (Karan Soni and Jessica Williams) come to the conclusion that they are being played by Lucy setting aside their rivalry, a designated urinating area is made, and awkward discussions of cannibalism arise. 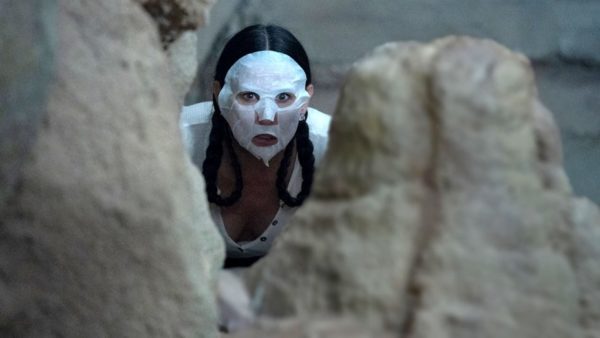 Every so often there are flashes of brilliance, namely with Lucy, as previously mentioned, being a woman in control of such a powerful business. This dynamic is illuminated when one of her workers brings up the fact that she sexually assaults him (or Weinsteins him as it’s described here), to which she replies women have every right to be as terrible as men and that’s what feminism is really about. Almost as if Sam Bain is patting himself on the back, another character times in citing this as a fresh perspective. Maybe that slight ego-stroking would be acceptable if the rest of the movie was as intriguing, but it’s actually director Patrick Brice (a talented filmmaker in his own right and also the man behind one of the funniest films of the decade in The Overnight) picking up the pieces as best and imaginatively as he can, even if it means throwing in an out-of-place animated dream sequence.

His overall direction is solid and makes the most use of such a small space (especially the changes made to the cave as days go by) even when practical effects fail him (there’s a shot of a dismembered arm is one character is about to crunch down on that looks embarrassingly fake), but it’s just not enough when the rest of the jokes resort to toilet humor and endlessly repeated sexual humor. Forget the most bizarre cameo all year (the voice of Britney Spears) and how she comes up twice in the movie, there’s a character here that devises a light that runs off of skin friction. To more accurately describe it, mimicking masturbation is what powers the light source, and Patrick Brice can’t help but pan the camera over to him during the most random moments hoping for someone to give it a pity chuckle. 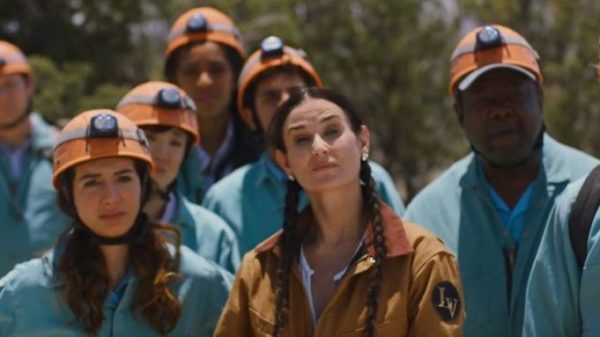 It’s frustrating considering the relatively unknown ensemble cast of character actors actually make some of the jokes land. Karan Soni has quietly become one of the most reliable comedic talents, but everyone here also has at least one hilarious zinger. Isaiah Whitlock Jr. and Dan Bakkedahl certainly stand out for their exaggerated reactions, as does Jessica Williams playing the character closest to something of a team leader; someone that might be able to get everyone on the same page and save the day. Nevertheless, the ratio of laughs is all over the place; some are definitely clever (especially a quip utilizing a play the word ‘team’) while others just reek of try-hard irreverence (there’s a Rosebud homage that is downright awful).

The comedic approach is fine, but Corporate Animals never fully works because it treats Lucy also as a punchline instead of the nasty person she is. Patrick Brice is unsuccessful at mixing the tones of bleak survivalism and humorous social commentary on big businesses. It’s evident the cast is having fun but it doesn’t really translate to the viewer; what’s here is far too stale and predictably cliché to serve as anything besides a mild distraction. Again, there is the occasional line of dialogue that will elicit a snicker, but I wouldn’t be surprised if that was all off-the-cuff and nothing to do with the filmmakers whatsoever. For a movie about teambuilding exercises, it sure seems no one working on the project came together to make sense of what they were making or tried to put their heads together to come up with a fresh spin on battered tropes.