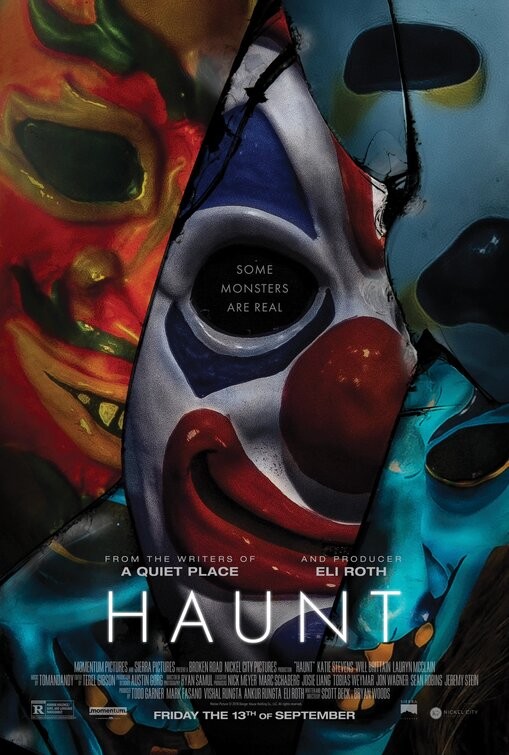 On Halloween, a group of friends encounter an “extreme” haunted house that promises to feed on their darkest fears. The night turns deadly as they come to the horrifying realization that some nightmares are real. 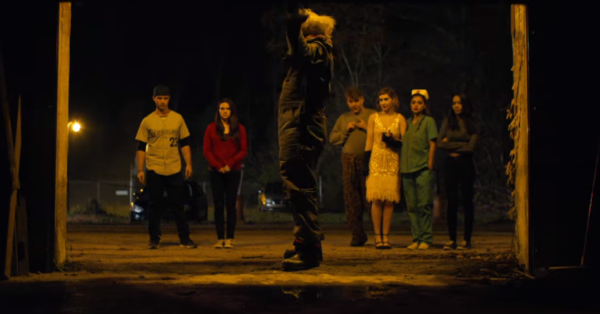 When Halloween attraction documentaries achieve more sustainable notes of peril and terror than your fictional Halloween horror movie, you’ve got yourself an issue. Scott Beck and Bryan Woods, most famously recognized as the writers of A Quiet Place, try their hand at haunt-based exploitation much like Hell Fest and The Houses October Built. Descriptively titled Haunt, you’re sold as executed. October festivities go awry when backwoods scare proprietors lock unsuspecting patrons inside an attraction designed to kill, not spook. Generic as sin, scant on character development, and committed to thrills that scarcely reward outside a few prosthetic piercings.

Beck and Woods prove themselves able genre scribes, but Haunt does little to amplify the voices of creators beyond teenage slumber party fodder.

Katie Stevens stars as abused girlfriend and traumatized daughter Harper, dragged out to a Halloween party by roommates and friends who care for her well being. She meets nice-guy Nathan (Will Brittain) and his asshole of a beer-throwing bro Evan (Andrew Caldwell), who talk Harper’s posse into visiting a haunted house pop-up. After surrendering their cell phones, a masked clown ushers the party into a warehouse labyrinth designed to torment participants. The only issue? Attraction runners show no boundaries once the first victim is claimed, thus sending Harper’s crew into a paranoid frenzy seeking any escape. 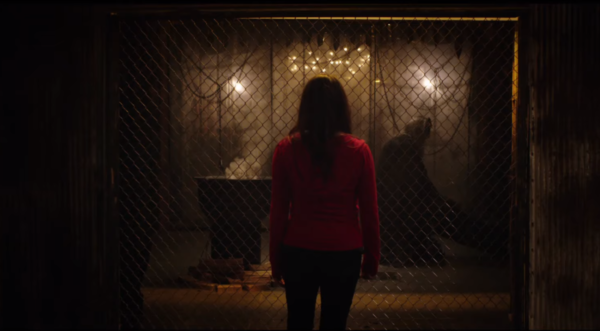 The world – well, contained maze – Beck and Woods construct isn’t without intrigue. Early signs point towards leveling phobias against characters, such as Mallory’s (Schuyler Helford) foreshadowed aversion to arachnids. Familial carnies with extreme tattoos and body modifications hunt as a pack with some suggested motive (earning masks). The problem is, none of these teases are ever followed-up on or wrapped. Random inserts such as an attraction worker’s exposed sneaker from under cover-all ghost sheeting suggest future significance, only to be further ignored. A slasher blueprint that strives to be more than pitchfork puncture deaths, yet forgets quick-insert setups whenever the Grim Reaper comes knocking.

Let’s pause on gruesomeness, because Haunt offs characters in some wicked ways – but lacks staying impact. Scares never amount to more than generic claustrophobic spaces, hooded figures in ominous poses, and corraled victims like sheep towards certain doom. Kill sequences are positioned to drive home proverbial stakes, but come and go with such rapidness you forget who’s even gone missing (re: Bailey). Some bludgeonings brutalize off-camera, while others reuse cranial stabs in-and-out quicker than a prom night first-timer. Standoffs are disappointingly short; characters tossed aside without ever establishing why we should feel any empathy or remorse. Thanks to lacking rage, these are merely unnamed rats in a directionless cage. 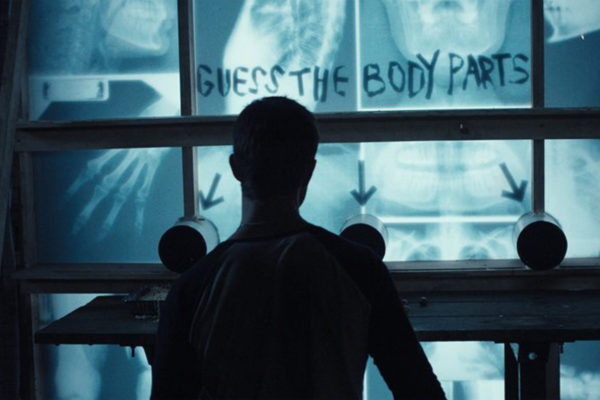 It’s not for lack of production design, mind you. Beck and Woods’ brandless haunt stages some prickly and fearsome walkthroughs. A corridor lined with mannequin ghosts, assumed human hidden somewhere, or a blackout room rigged with sharp objects. It’s nothing maniacal enough to turn players away, but still alarming to the point of unease. What fails these sequences is a lack of character reactions to immense pain – Harper a Terminator robot without sensory receptors – and foolish demises as maze architects ignore the very kill-traps they engaged (shotgun man). Slaughter first, ask questions later, never have those questions answered. Enough for some, but unfulfilling after yet another corpse hits concrete only to be quickly removed.

Technical aspects tell the same cookie-cutter tale. Take cinematographer Ryan Samul, frequent Jim Mickle collaborator, who’s framed such films as Cold In July and Stake Land with more picturesque agency. Haunt is static motionlessness to a fault, centering digital quality shots symmetrical and without individuality. Listen to tomandandy’s score – there’s nothing beyond horror keynotes tuned to emotionless action rarely conveying the dangers at hand. Tonality strikes the wrong em-phah-sis on the wrong syll-ah-ble (comparatively) as moments that should leave us gutted are brushed away before affecting viewers. Even worse, cutaways feel like last-minute additives to highlight the already obvious (Harper’s mother’s ring, Harper’s old house facade). Connective material seems forced together between a boyfriend’s inclusion for automotive purposes or an ending that slapdashes vengence, heft and depth gutted in the process.

Those in the Halloween attraction community might still enjoy Haunt based on professional regard – demographics are always crucial. As a champion of Hell Fest, Hell House LLC, The Houses October Built, and other murderous event space horrors, Beck and Woods clock in a cut below. Each plotted beat feels more worn and dated than the last, especially a base-value “freaks are evil” explanation that’s – once again – never expanded on to offer *some* sort of context. Contrived student stereotypes, deathly decisions, and little desire to present more than outdated Saw rigs under the guise of macabre entertainment. Been there and done that, without unique signatures to be anything more than recycled (cheap) thrills.