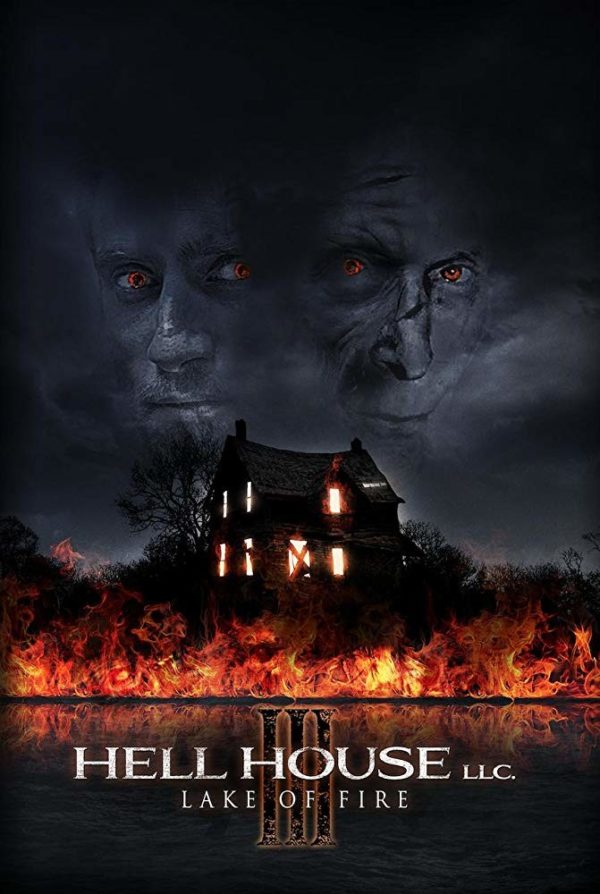 Nine years after the tragic events of Hell House, the Abaddon Hotel will once again be open to the public. Billionaire Russell Wynn has taken his audience-interactive show, Insomnia, into the abandoned hotel. 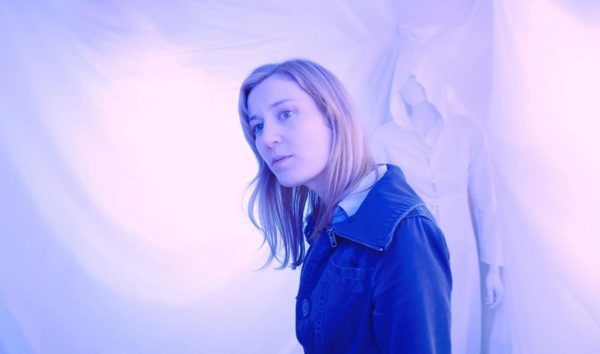 Stephen Cognetti’s Hell House LLC franchise was, to this critic, a shining example of “Found Footage” and “Halloween Attraction Horror” done right. The first is an outright terrifying glimpse into one crew’s dealing with legitimate paranormal devils, Hell House LLC II a buildout of mythology that invigorates Abaddon’s legend. Cognetti set himself up for an epic continuation and/or finale, which Shudder announced would be titled Hell House LLC III: Lake Of Fire. Another trip back to Abaddon, another reopening of the doomed hotel, another investor thinking this time would be different. Well, to an unfortunate degree, things are different this time – only because this is the first Hell House LLC that falls into the more generic and dismissable norms of those subgenres mentioned above.

Multimillionaire Russell Wynn (Gabriel Chytry) is the latest foolheartedly opportunist to save the Abaddon Hotel from being destroyed, nine years after Hell House’s incident. His show, an interactive play detailing Faust’s dealings with heaven and hell titled “Insomnia,” is set to be the latest hit despite so many missing persons reported on the premises. Vanessa Shepard (Elizabeth Vermilyea) is contracted to provide media coverage for the grand opening, she the newest anchor for Morning Mysteries. Wynn takes tremendous precautions to keep workers out of Abaddon after hours and enforces buddy systems, but the rumored gateway to Hell starts playing its old tricks once more. More freaky footage, more unexplained encounters, and a few visits from ghosts of Hell House’s past. History repeats itself once more, with the cameras always rolling.

“Found Footage” is hard enough to pull off, but “Found Footage” franchises endure an added layer of difficulty because storytelling needs to justify a reason to revisit haunted grounds. Hell House LLC III: Lake of Fire has trouble replaying the same motivations, as interviews with Wynn’s actors and management downplay Abaddon’s past – despite extensive documentary footage from Hell House’s calamity? And Hell House LLC II’s open case? Actress Jane (Bridgid Abrams) boasts her courageous disbelief in Abaddon’s ghostly inhabitants, the same for Faust, aka Gregory (Leo DeFriend). Then when Abaddon proves itself a true manor of madness, Wynn solves the problem by throwing money at shaken employees until they return – suddenly now forgetting their spectral encounters.

Cognetti, through his first two films, does an architecturally sound job keeping Hell House’s mystery alive and seething. A third time, it appears, is not the charm. 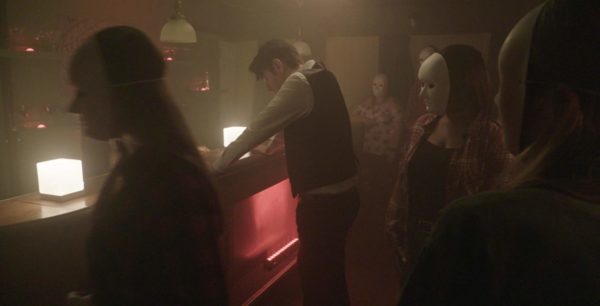 What’s accomplished by dialing back monstrous delights is a story that accepts Abaddon as the underworld portal it is. Hell House LLC II confirms such a heretic passageway, introducing Andrew Tully into the fold. There’s a reason Wynn’s Insomnia walks patrons through purity-white “Heaven” hallways before eventually reaching “Hell’s” red-saturated walkways. Cognetti goes for broke and conceptualizes a final chapter in Abadon’s demonic history, but his talking-head documentary delivery feels like it’s spitting information at viewers rather than living the town’s morbid history. Mentions of a 2000s county fair and Billy Braddock are thrown around by “experts,” remarking about Insomnia’s “inevitability” in a way that never allows dramatic intrigue to build in real-time. 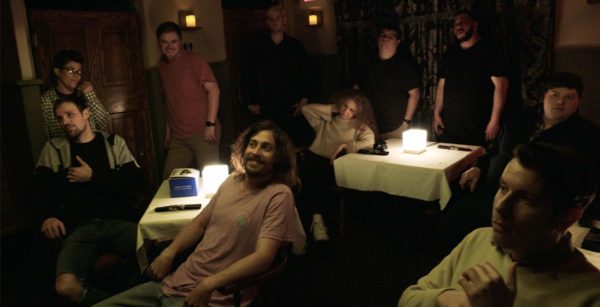 Then, when Act III reaches the gore-guts climax we know is knocking, it’s over within a short burst. That, to me, was the final nail in a coffin that might’ve been otherwise rescued given a payoff with more reward. Nothing I’ll divulge here, as it’s best experienced than described (obviously) – but, something I must note as a point of serious contention.