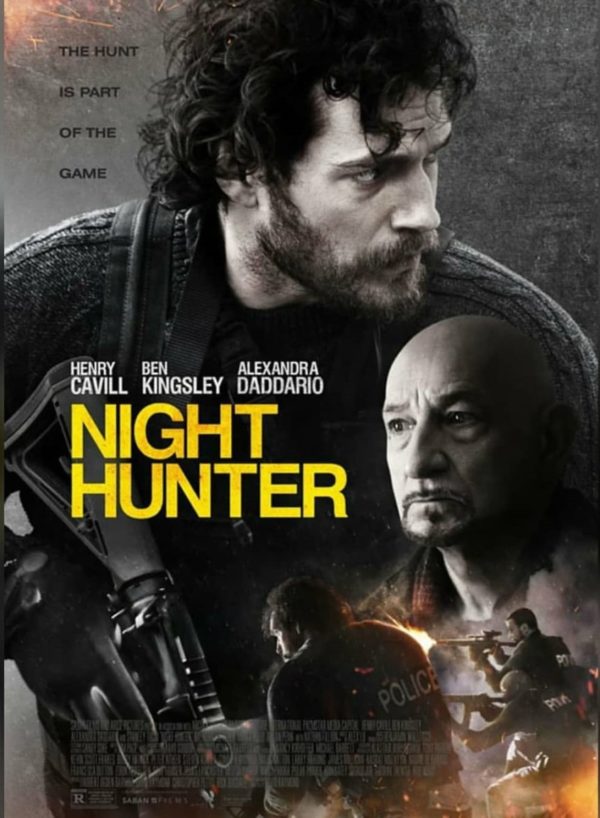 A weathered Lieutenant, his police force, and a local vigilante are all caught up in a dangerous scheme involving a recently arrested, troubled man who’s linked to years of female abductions and murders. 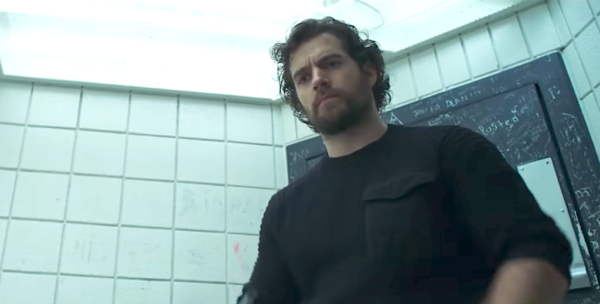 Night Hunter is a special dumpster fire that upon watching it, one has absolutely no clue what attracted any of its big celebrity names to the project. If I had to guess, I would say nothing more than the possibility of a worthwhile dialogue coming from a modern-day serial kidnapper/rapist of women narrative releasing during the current political landscape. There’s even a scene early on where Henry Cavill’s detective Marshall lectures his teenage daughter on the behavior of online sexual predators, a plot point that goes nowhere making one question why it was even brought up in the first place. If anything, writer and director David Raymond (making his debut feature) seems to be implying that criminals only abduct prey out in the open and that social media is a safe haven. No thought-provoking conversations are going to come as a result of Night Hunter.

Instead, Marshall gets caught up detaining a schizophrenic loon that kidnaps and tortures women. Brendan Fletcher is clearly taking inspiration from James McAvoy in Split (as for David Raymond, his film resembles an endless amount of movies I could name drop one by one, failing to muster up a single one of their positive qualities), most notably with the man-child persona and demented portrayal of innocence, and to give credit where it’s due he’s about the only thing in the movie that works. Fletcher is nothing if committed, spit visibly flying from his mouth as he shouts nearly every one of his lines.

Also present is Ben Kingsley as a former judge who now uses a young woman named Lara (Eliana Jones) as bait to close in on pedophiles and castrate them. Here’s the thing, they aren’t using the Internet to catch these predators (which obviously would have made for a great tie-in to the proposed dangers of social media), but rather advanced technology and hacking to locate these people and begin interacting with them. I’m no filmmaker, but I know someone probably could make a good movie involving characters that use social media to commit sexual crimes and those that use the platforms to deal out vigilante justice. Unfortunately, David Raymond has settled on psychological profiling, introducing characters and then abandoning them moments later (this ranges from victims to well-known actors such as Nathan Fillion, who I didn’t even realize was in this movie until the ending credits, a crime in itself), poorly constructed, logic-stretching storytelling that offers confusing character motivations rather than giving anyone depth, alongside some late-game twists that come across as someone pathetically desperate to one-up David Fincher’s Se7en.

Henry Cavill is already a blank slate as Marshall, yet oddly receives the most focus next to Brendan Fletcher’s Simon. Alexandra Daddario is tasked with getting inside the head of Simon to establish motives, locate the rest of the victims, and figure out who is helping him out. Somehow, the co-workers develop a romantic connection; it’s just another thing about Night Hunter that I could not tell you how or why; the script and direction are that bad. Inevitably, detective and outlaw must join forces to put away Simon for good, which should theoretically pave the way for a juxtaposition between the ways each side carries out the law. Night Hunter doesn’t even do that; they argue once and might as well never even appear on-screen together again. 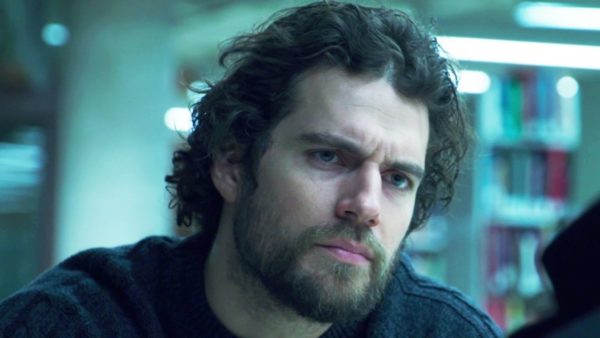 Night Hunter is a misfire so bad that it taints the resume of all involved. Its only redeeming quality is a scenery-chewing performance that borders on cartoon rather than something that lends itself seriously to the story, but then again, nothing here aligns. It’s all just a bunch of ideas smashed together incoherently and without purpose. Again, go back to one of the films first scenes, a warning regarding online social media predators preying against those most vulnerable, that pans into nothing; David Raymond lost the plot before he properly started writing.