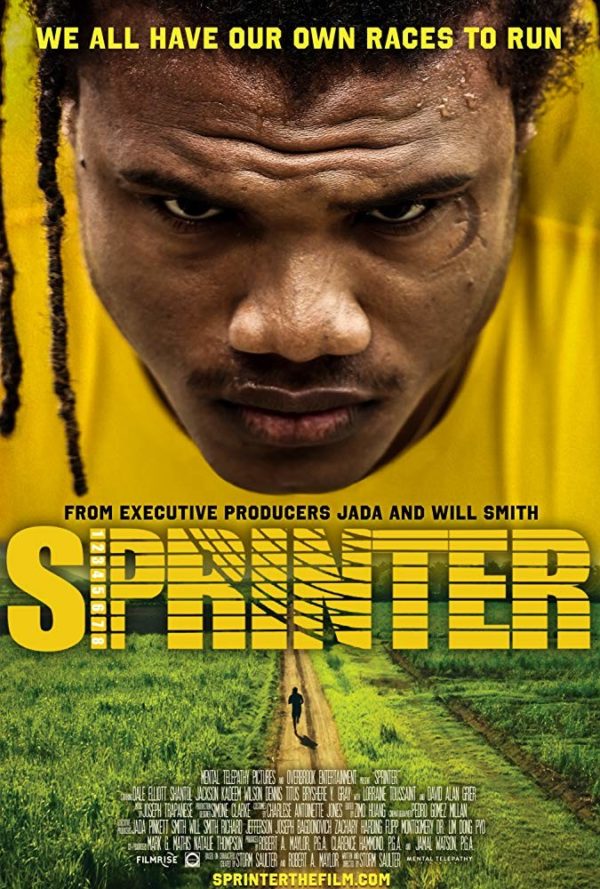 A boy separated from his mother who has moved to the U.S. for a better life, is set to be Jamaica’s next track-and-field sensation.

Inspirational films that show the ongoing conflicts between children and their parents can be a hit or miss. I wasn’t sure what to expect here, so I kept my expectations low. However, Sprinter turned out to be quite a delightful surprise.

Sprinter tells the touching story about a Jamaican family that has to make tough decisions to give their children the best life possible. Those tough decisions created a lasting effect that affected every member of the family.

We follow the young, optimistic teenager Akeem who aspires to be a track star just like his older brother. He dreams of being a celebrity athlete just like his idol and fellow countryman, Usain Bolt. However, Akeem, like most teens, is going through growing pains as he tries to adjust to his new family dynamic and discovering interacting with girls at his school. His urge and need to be stable becomes apparent to his observant and stern but compassionate Coach. His Coach reminds him that he can set realistic goals and still achieve success.

Akeem becomes torn between his Coach’s advice, his social life and his family. He doesn’t want to have to pick sides as his family evolves but he starts to make questionable choices that he will have to live with for the rest of his life. He is faced with listening to either his Coach or trusting his family to help him steer him in the right direction to being a celebrated teen athlete.

Akeem and his family have explosive episodes with each other and he decides to do things on his own. This creates new paths for his life he may or may not want or expect. Akeem eventually learns that hard work is indeed hard and no one, not even family owes him special privileges because of his talents.

Sprinter provides a realistic depiction of family and how teens process change and challenges, delivering a feel good movie without the fluffy filler but still leaves you misty-eyed. Sprinter’s authentic Jamaican setting provides an inspiring mood and tone to the story and makes us hope all of the characters can find redemption and solace in the choices they make.