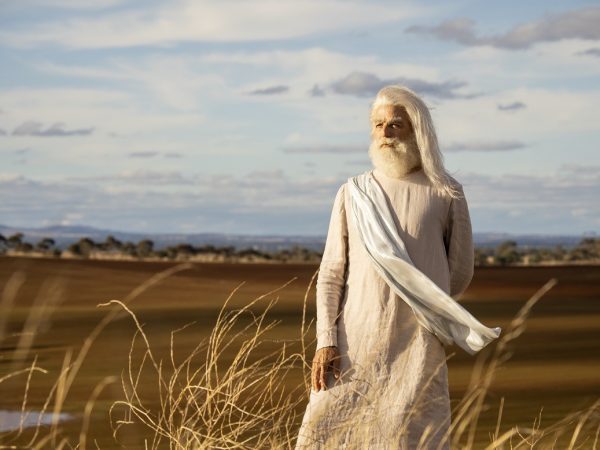 There is something ludicrously inspired about putting Mozart into an apocalyptic scenario. Part vaudeville, part gameshow and all warm up act this Overture elegantly makes way for things to come. Our principals are tempted, bloodletting is rife and theological debate goes hand in hand with some biblical butchery. Cupcake buffets, split screen fisticuffs and an acquiescent Jesse Custer are just a few of the surprises which make this episode a thing of beauty.

For once everyone seems to have purpose and not one person is left on the side lines. Herr Starr and Featherstone finally give in to their own feelings, even if a fist shaped strap on does make an appearance. Donning a full head of hair and fully restored visage Starr becomes the twisted compare he always wanted, ushering in a cataclysmic event with fire eaters and side show freaks in attendance. 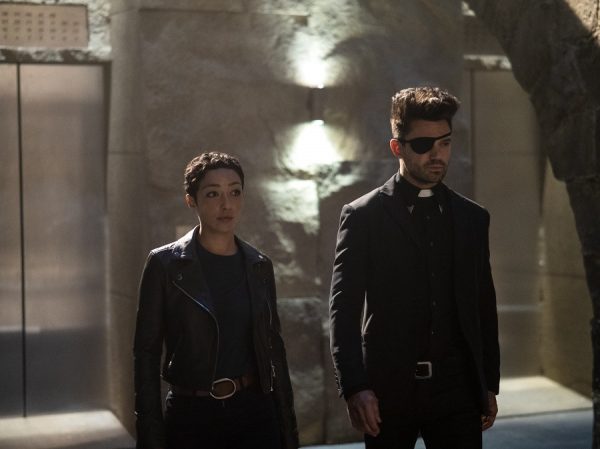 Meanwhile redemption is in short supply as God makes a mockery of all the entertainment by revealing his true colours. Hustling, cajoling and threatening his will upon others he is intent on reducing any believers to ash, whilst proving their faith to be nothing more than an ideological pipe dream. Between times there is a burning of demonic corpses, one disillusioned Jesus and mollycoddled hot shoe shufflers warming up in the wings.

For all the chuck away comments, thoughtless violence and distracting pyrotechnics which Preacher consistently throws up, there is also something original going on. Discussions of taste, moral boundaries or religious taboos rarely trouble these show runners. However outlandish, gratuitous or carnally questionable things might get, situations are underpinned by something of substance. Only a writer who can concisely argue both sides dare begin producing scripts which challenge conventions to this degree. Seth Rogen, Sam Caitlin and company are savvy enough to know this fact and therefore pick those battles with care. 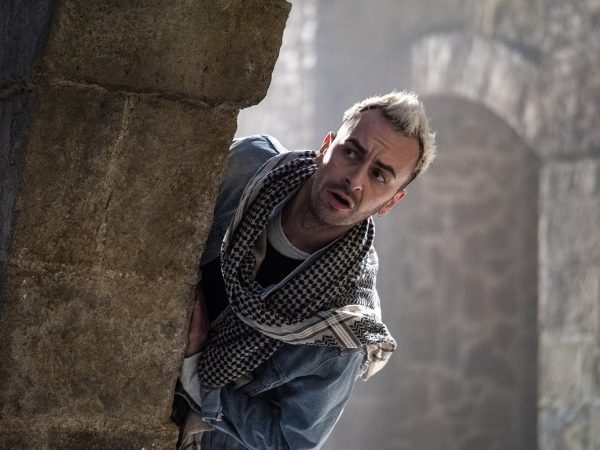 Preacher should and could never be judged by any individual part in isolation, but rather might be best examined collectively. Rather than undermining any one religion it seems best to point out the inconsistencies in each one. Clones of Christ, fringe groups with terrorist intentions and disillusioned clergy might seem extreme elements to turn into television, but alongside current world events this seems sane. As Humperdoo waits in the wings for his pianist to start and Hitler kicks off with Christ, there is something strangely sensible about Jesse being dragged off by a hell bound cowboy.