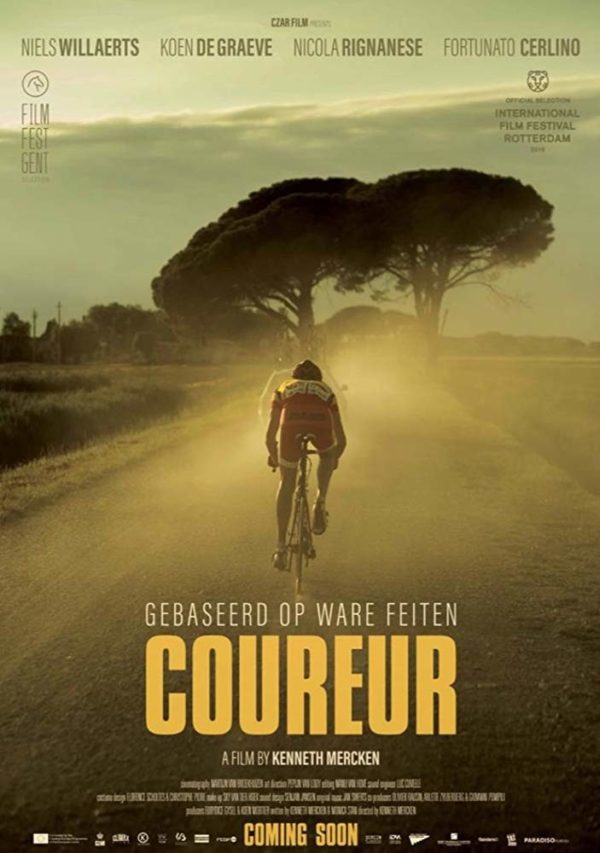 A young boy grows up idolising his cyclist father, and then follows in his footsteps by pushing his body and the laws to the limit in order to achieve greatness in the sport.

Cycling is something of a niche spectator sport, so outside of Tron’s futuristic grid racing, and uninspiring Lance Armstrong biopic The Program, it’s no surprise that it hasn’t translated onto the big-screen. In fact, it only really bleeds into the public consciousness when the Olympics roll around, or if another doping scandal further diminishes its appeal and credibility.

Kenneth Mercken has taken those two elements – aiming to reach the pinnacle of the sport, and those who’ll manipulate their body in order to do so – and woven them into a tale of obsession through patriarchy and pedal-power.

In the saddle is Niels Willaerts, who’s an immediately engaging presence who does so much of his acting through mood and physicality, which is integral in playing a young man buried so deep within his own psyche, thanks to a combination of disciplined training, and the weight placed upon him by the looming shadow of his father’s own failure, that causes him to become this spectre or automaton. Something as mechanical as the machine he rides. 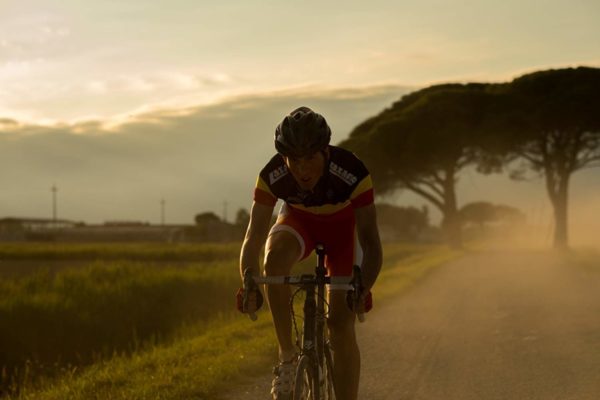 It’s a film full of such cold personalities, which might be a pre-requisite for success in such a uniquely individual sport, but add to the depressing picture Coureur paints of a world riddled with corruption and abandonment. It’s a damning indictment at the way potential superstars are manipulated, literally bled dry, before being cast aside with little-or-no repercussions for the money-men.

The gruelling brutality depicted makes a Rocky montage look like a lunchtime yoga class. There’s starvation, coughing up blood, and a few sequences in which comically large needles are injected into parts of the body that’ll have you shifting in your seat. It really emphasises exactly what Felix is willing to do in order to overcome the fact he isn’t physically conditioned for cycling, and how far he’ll go to match the feats of his father.

The film is framed beautifully, with the drab colour palette perfectly suited to the on-screen suffering, all complimented by a particularly effective score. Mercken also ensures that the cycling scenes are kept minimal and realistic, avoiding the temptation to try and up the action ante. This isn’t meant to be fun, and don’t we know it.

Coureur is a fascinating study of the commodity of the body, and a beautifully put together look at the extent to which sportspeople will push theirs’ in order to achieve greatness, or simply meet the standards imposed upon them by others. Gripping stuff.