Thanks to Deadline, we’ve got our first look at DC’s Legends of Tomorrow star Brandon Routh in the upcoming Arrowverse crossover Crisis on Infinite Earths – not as The Atom, but rather as Superman, reprising the role he portrayed by in 2006’s Superman Returns, albeit as a world-weary Kingdom Come-inspired version of the Man of Steel… 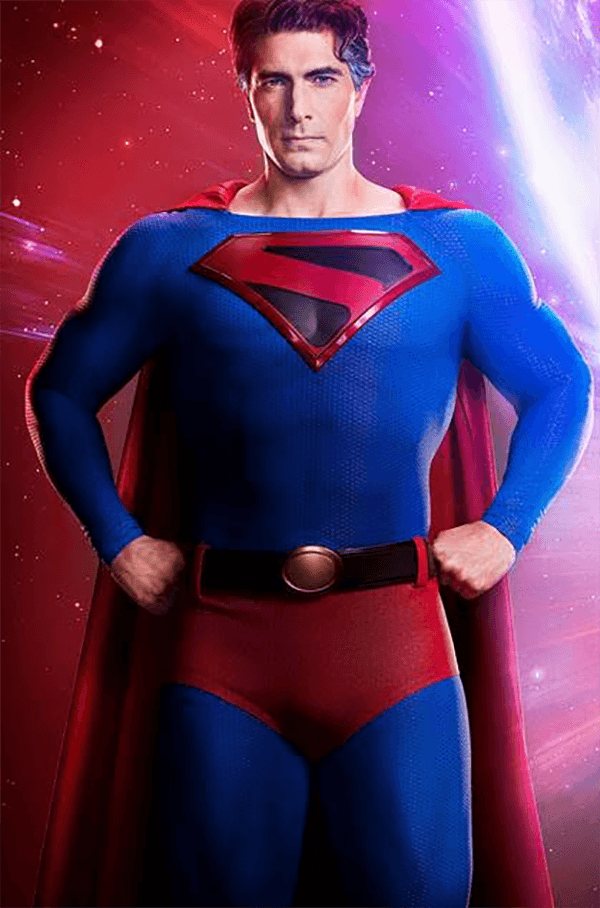 UPDATE: And here’s another shot direct from Routh’s Instagram:

“… I’m always around.” #CrisisOnInfiniteEarths #Superman @thecw @warnerbrostv @dccomics An amazing team put this together! Thank you to @vaxcodsng for leading the charge & design, Rory (and team) at #HargateCostumes & Jose (and team) @ironhead_studio for building the suit, Mauricio @westerncostumecompany for the boots, @redheadtattoos for the hair, #AmandaMcGowan & @tiarae9 for makeup, @thealexrossart for the artistic inspiration, and lastly @marcguggenheim for being crazy enough to pull this all together. 🙏🏻 📷: @jordero

Routh will be one of three versions of Superman appearing in Crisis on Infinite Earths alongside the current Arrowverse Man of Steel Tyler Hoechlin, and Smallville star Tom Welling, who is reprising his role from the iconic series.

Other guest stars from past DC shows include Smallville’s Erica Durance as Lois Lane as well as The Flash’s John Wesley Shipp, Batman 66’s Burt Ward, Batman: The Animated Series‘ Kevin Conroy as a future Bruce Wayne, and Birds of Prey’s Ashley Scott as Huntress.