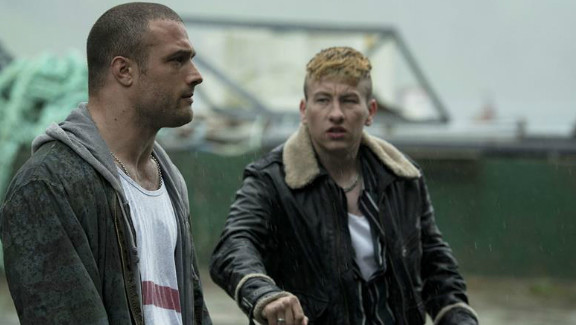 When former boxer Douglas ‘Arm’ Armstrong is offered a gig as an enforcer with the Devers drug mafia, life seems on the uptick — but the demands weigh heavily as he makes inroads with his young autistic son. When the Devers give him a task that will test the limits of his loyalty, Arm is forced to reckon with what kind of man he really wants to be. 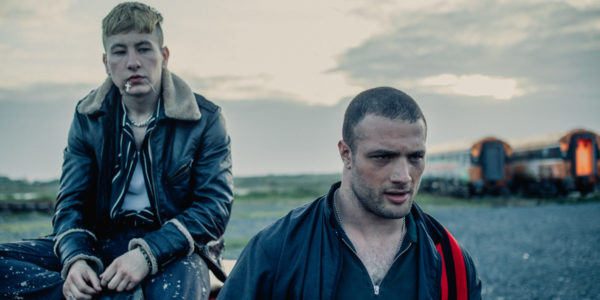 Director Nick Rowland makes his feature-length directorial debut with Calm with Horses, a cold look at a former boxer-turned-mob enforcer on the coasts of Ireland whose limits are pushed to their fullest both within the mob and with his family. Based on Colin Barrett’s short story, the film has a strong cast and a captivating story about loyalty and redemption in this intriguing tale.

Of the cast, Cosmo Jarvis does an impressive job as Douglas ‘Arm’ Armstrong, displaying the inner struggles he faces quite well not just through his line delivery, but body language. Arm is a man of few words and conveys much with his hulking stature, slouches and expressions. Jarvis nails Arm’s stoic nature and vulnerabilities as he is asked to kill for the first time all the while dealing with his ex and their young autistic son. The chemistry he shares with Niamh Algar and Barry Keoghan is quite good, particularly with the former as its clear that despite some of the conflict in their relationship, there is still a deep connection between them. 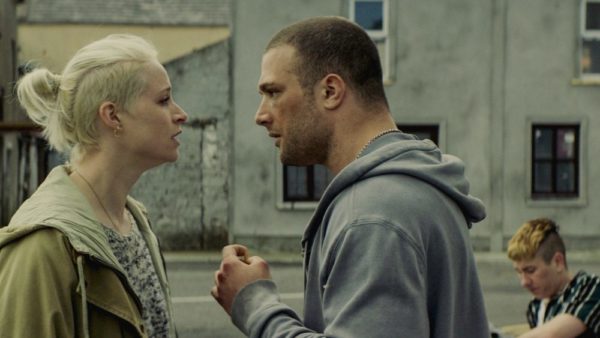 Algar proves to be a strong addition to the film as Ursula, holding her own against Jarvis’ presence. Unlike Arm, Ursula has a lot to say and Algar emotes everything she’s feeling in a clear and captivating manner. From the way she looks after their son to her attempts at reasoning with Arm over his dangerous lifestyle, she makes an impact of her own. Keoghan takes on a fairly different role for him with Dympna, a young punk in the Devers family who wants to emulate his uncles and late father and be seen as a tough guy. He makes a memorable impression through violent streak and subtle manipulations over Arm, but also shows there’s more depth to him than he lets on. Another outstanding piece to the cast is the young Kiljan Tyr Moroney as Arm and Ursula’s son Jack. Even though he has no typical lines, it is notable for a child his age to display the difficulties Jack has in communicating and his uneasiness around Arm and others.

Rowland’s visual style elevates Calm with Horses with how he captures the Irish land and significant character beats. The focus on the characters is not lost throughout the film’s visuals with the way Rowland shoots Jarvis and captures both the violence of his makeshift family and love of his actual family. It is a strong debut for Rowland with an equally strong cast and character driven narrative.