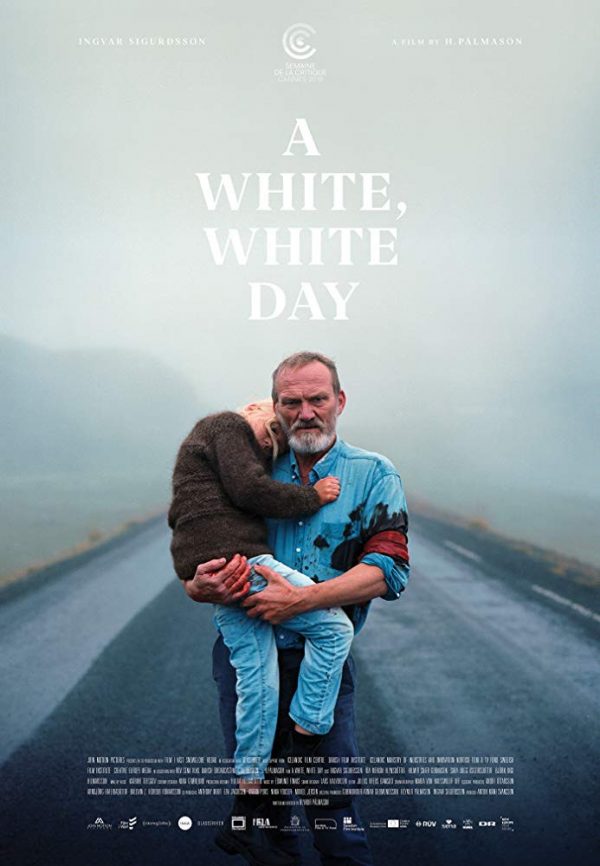 In a remote Icelandic town, an off duty police chief begins to suspect a local man for having had an affair with his wife, who recently died in a car accident. Gradually his obsession for finding out the truth accumulates and inevitably begins to endanger himself and his loved ones. 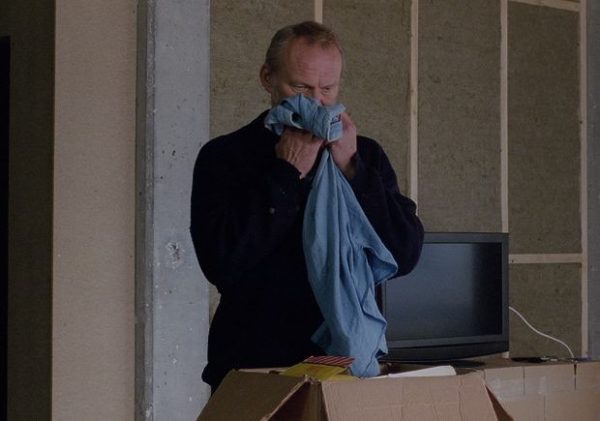 The second feature from Icelandic filmmaker Hlynur Palmason (Winter Brothers) might prove all-too low-key for some, but as a slow-burn suspense piece, it’s held aloft by a gripping performance from the ever-compelling Ingvar Sigurdsson.

In an airy Icelandic town, off-duty police chief Ingimundur (Ingvar Sigurðsson) is living in the wake of his wife’s death in a brutal car accident, focusing his efforts on building a new house and moving on with his life.

But this progress is stymied by the accidental discovery of information about his wife’s past which suggests she had an extra-marital affair, prompting Ingimundur to once again play detective as he pores over the detritus of his curtailed marriage.

Tales about personal obsession lend themselves exceptionally well to the chilly, closed-off expanse of Nordic locales, and in that respect, A White, White Day is a deeply moody dramatic thriller, even in all of its composed quiet.

Palmason’s directorial approach favours slavish formalism which may be offputting to some, with prolonged, locked-off takes prioritising tone and atmosphere over incident and revelation. But poetry surely emerges; Palmson frequently holds on the visage of Ingimundur’s home in various stages across the story, accentuating the ironic metaphorical qualities of a man building his own home while deconstructing his former marriage. If that sounds on-the-nose, it’s mercifully not.

But to be clear, the pace is unwaveringly methodical throughout; this is the kind of movie where a man hurls a rock off a cliff edge and, quite comically, our director extensively follows the rock rolling out of shot repeatedly, until it finally hits the water and rests on the seabed.

Sparse and dialogue-spare, there’s nevertheless a quiet anguish populating the many chasms of silence, typically a result of Sigurðsson’s intensely focused performance – and handily, he appears in practically every scene. Even as he’s simply sat there, stewing in his pain while life goes on around him, Sigurðsson makes compelling choices which re-affirm the simple pleasure of audiences reading the human face.

Sigurðsson cannot always prevent the pic from deferring to mundanity, however, but even in its more prolonged beats, there’s a realism to the banality on offer that has its own merits. There are scarcely any dishy genre affectations here to speak of, and even the slightly silly moments feel shot through with a sure self-awareness; when Ingimundur gets into a fight, for instance, one of his victims quips as if to the audience also, “This is so fucking stupid.” 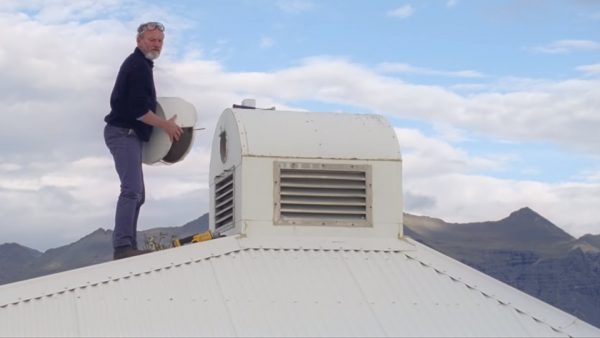 But if you’re drawn to the film solely for its mystery premise, know that the investigation feels less a motivating factor for the film’s existence than a sidebar to a slice-of-life drama about a man trying to move on from his overpowering grief.

The mid-section consequently feels a tad unfocused, even flabby; a delineated yet amusing bedtime story he reads to his granddaughter, Salka (Ída Mekkín Hlynsdóttir), is followed by a drawn-out, specious glimpse of a children’s TV show which, bizarrely, delivers a lesson about the brevity of existence. The final act regains cohesion, however, as Palmason seems more easily inclined to lean into the genre gloss – though not the genre tropes – yet the ambiguous resolution may feel a little too intangible to some.

This is unquestionably a film memorable less for its script than for its mood, however, with the Icelandic setting brought to piercing life through Maria von Hausswolff’s gorgeously grainy 35mm lensing, and accentuated by a piercing violin score from composer Edmund Finnis. Yet this style is entirely in service of Sigurðsson, who near-single-handedly grants the film enough gravity to survive through some frustratingly sluggish sequences. As his granddaughter, Hlynsdóttir also makes for a fine screen partner.

A White, White Day would probably benefit from a judicious removal of 10-or-15 minutes of material, which would tighten the 109-minute whole without draining the meditative qualities much if at all. All things considered it’s a bit of a slog, but for those prepared to stick with it, a quietly haunting tale of obsession emerges.