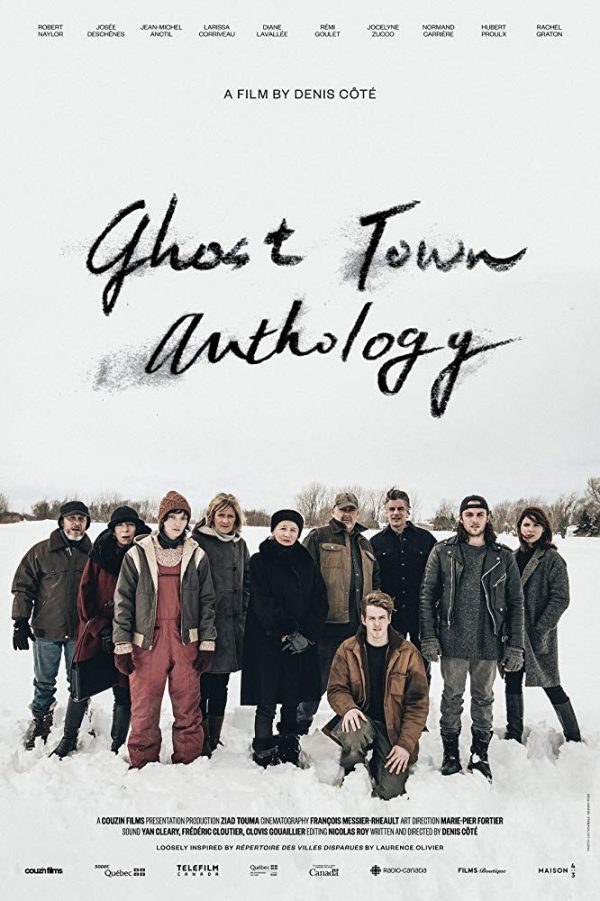 An isolated rural community is locked in a fugue of grief after the potential suicide of one of its residents. 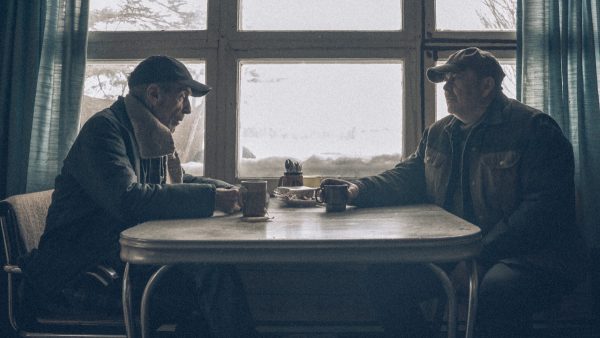 Grief is one of the most intimate human emotions. It’s deeply private and intensely powerful. In Ghost Town Anthology, it’s also communal. The film opens with a car accident as a vehicle driven by 21-year-old Simon swerves into a roadside obstacle. It’s a low-key scene, shot dispassionately from above. But the fallout is anything but dispassionate, as we witness the way Simon’s small village in the French-Canadian province of Quebec becomes united in their bereavement.

Sainte-Irénée-les-Neiges is tiny. It’s so small, in fact, that its mayor Simone (Diane Lavallée) speaks at Simon’s funeral, while his older brother Jimmy (Robert Naylor) has nothing to say. Jimmy’s parents, Gisèle (Josée Deschênes) and Romuald (Jean-Michel Anctil), are dealing with the loss in their own way – Gisèle quietly dismisses speculation that it might have been suicide, while Romuald simply gets in his car and drives, stating that he needs to “sort things out in my mind”. Meanwhile, village resident Adèle (Larissa Corriveau) sees her grief manifest in the form of haunted house chills. 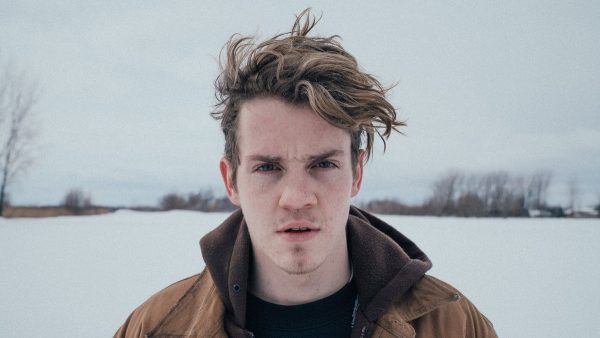 From its very first moments, Ghost Town Anthology is an unusual and affecting experience. Director Denis Côté shot the movie on grainy 16mm film and the result is a movie that feels intimate, as if viewing it is an act of intrusion. This grief belongs to the village, not to the viewer, and the effect is an unbalancing one. In the most complimentary way possible, this has the bizarre sense of being a strange curio someone plucked from a skip and somehow decided to put on a cinema screen.

The overriding feeling is one of intense naturalism, with every performer entirely believable as a tormented cog in this machine of grief. Every member of the community is so closely interconnected that the melancholy seems to spread and infect them like a pandemic. The energy is akin to David Lowery’s meditative A Ghost Story in its soulful take on grief as something that creeps insidiously into the world and sticks around, influencing the land of the living – a land described by the mayor in her rhetoric-heavy funeral speech as “a fragile but peaceful land”, not the “ghost town” of the title. 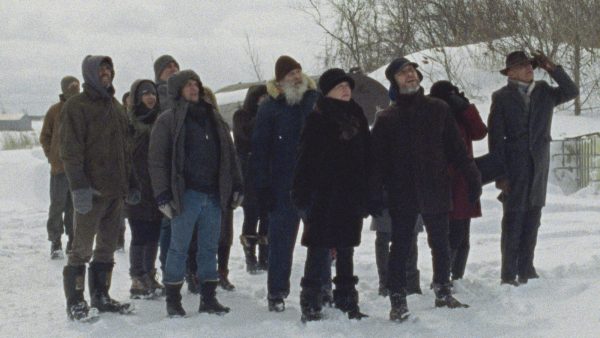 As much as it’s a sadness-inflected drama at its heart, there’s an undercurrent of horror running through Côté’s film from start to finish. There’s zombie iconography in its scenes of figures standing in loose groups and kids wandering around in scarecrow masks provoke the chilling sense of something stalking the villagers. Indeed, there seems to be something almost supernatural happening in the village, with many of the young men discussing how they have considered jerking the wheels of their own cars. The horror comes from the inherent isolation of living in a village like this – chilly, covered in snow and a long way from the big city.

Ghost Town Anthology is an utterly unique film that has a profound emotional impact. It’s an entirely singular cinematic experience that delves deep into the heart of grief and the idiosyncracies of life in a tiny village, miles from the noise and lights of the city. The grainy film stock, along with the thrumming, clanging score, creates a bizarre, disorientating enigma of a movie that is impossible to forget, even after the credits roll and you emerge, blinking, into the sunlight.