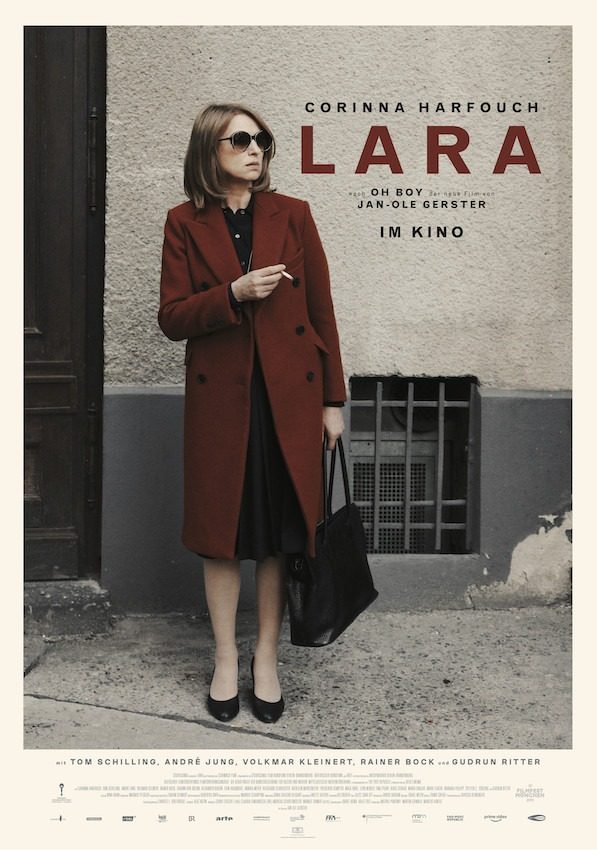 On her 60th birthday, a woman prepares to attend a piano concert being given by her virtuoso son. 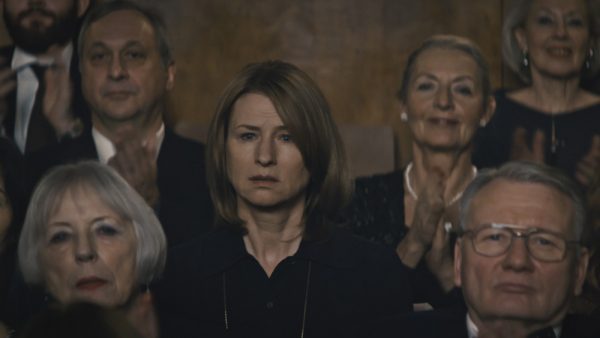 At the beginning of Jan Ole Gerster’s patient character study Lara, the title character stands next to a wide open window, as if wondering whether to take her final leap. As movie openings go, it’s a stark statement of slightly depressing intent. Matters only become sadder when it transpires that Lara’s tragic contemplation comes on the morning of her 60th birthday, and is interrupted by a police officer she knows asking if she’ll consent to witnessing a search of a neighbouring apartment. I’ve certainly had better birthdays.

Lara is a strange German drama, with Corinna Harfouch appearing in almost every frame of the movie in the lead role. Blaz Kutin’s script sketches out a series of vignettes, starting with Lara emptying her bank account and buying the remaining 20 tickets to a piano performance that evening, which we quickly learn is being given by her musician son Viktor (Tom Schilling). Harfouch’s performance is odd and opaque, as she moves through her hometown meeting various people – both familiar and strangers – and offering them tickets to her son’s show. It’s not quite clear whether she’s proud of her son, or whether she’s attending with more unconventional ideas in mind. 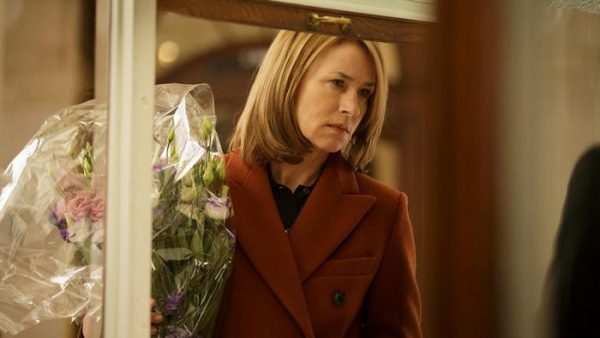 In true festival movie style, Lara is predominantly about a very sad person walking around quietly, and it’s precisely as interesting as that sounds. The movie is so internal that it’s difficult to ever empathise with Lara, about whom we know almost nothing beyond the fact that she herself is a frustrated musician – she used to be “insanely ambitious”, according to expert teacher Professor Reinhoffer (Volkmar Kleinert). Despite Harfouch’s intriguing work, there’s very little narrative or character meat for the audience to chew on.

That’s not to say that Gerster’s film never yields narrative fruit, with the final act coalescing around Viktor’s concert and its audience of Lara’s invited guests. Deeply felt wounds that were hinted at previously become clear and obvious, in scenes that are performed with brilliant awkwardness and repressed emotions by both Harfouch and Schilling. Unfortunately, all of this comes too little too late to elevate the material beyond the plodding tedium of what has come before. 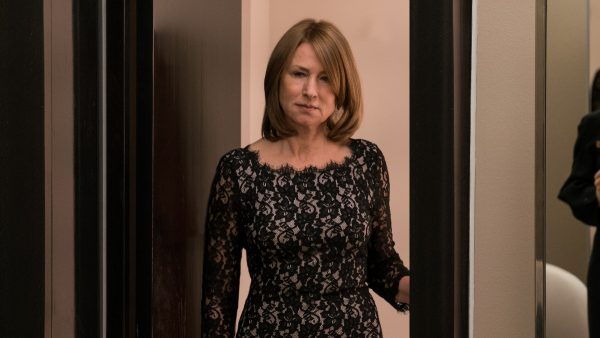 It’s not that there’s nothing to like about Lara, which has a pleasantly wry tone in its best early moments. But the problem is that the entertaining moments and highlights of the script are spread too thinly over a running time that’s only just over 90 minutes, but feels like more than two hours. Its episodic storytelling yields as many dead ends as it does enjoyable moments – like an impromptu piano lesson with a young boy which plays out like a less vicious version of Whiplash – and the result is an uneven meander through a woman’s life.