A lyrical and spiritual cinematic essay on The Exorcist, Leap of Faith explores the uncharted depths of William Friedkin’s mind’s eye, the nuances of his filmmaking process, and the mysteries of faith and fate that have shaped his life and filmography. 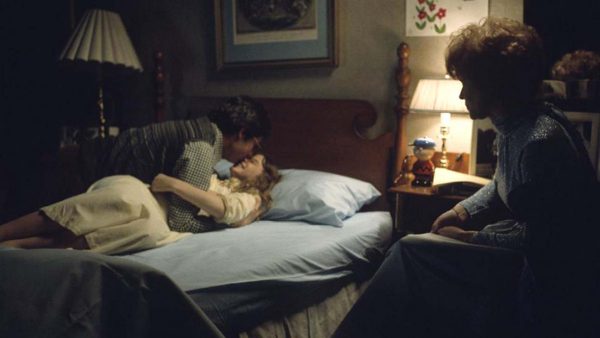 Veteran pop-culture documentarian Alexandre O. Philippe (The People vs. George Lucas, 78/52: Hitchcock’s Shower Scene) veers away from the multi-faceted talking heads approach of his prior films to focus on one single human being for this retrospective of the 1973 horror classic The Exorcist.

And that person, of course, is director William Friedkin, who Philippe spent six days interviewing for this documentary, which while intentionally lacking much in the way of stylistic gloss, provides a wonderfully stripped down platform for the filmmaker to wax artistic and philosophical.

The entirety of the film sees Friedkin sat by a fireplace as he discusses the making of his signature film, intercut with contextual B-roll, and as ripe for a stodgy 104 minutes as that could be, there are few documentary interviewees as frank and thoughtful as this one.

The filmmaker is extremely eager to outline not only the dishy particulars of The Exorcist but also the circumstances which led to him becoming a director in the first place; the transformative power of watching Citizen Kane as a youth, and the profound influence of both Carl Theodor Dreyer’s works (specifically The Passion of Joan of Arc and Ordet) and the paintings of Caravaggio, Vermeer and Monet. 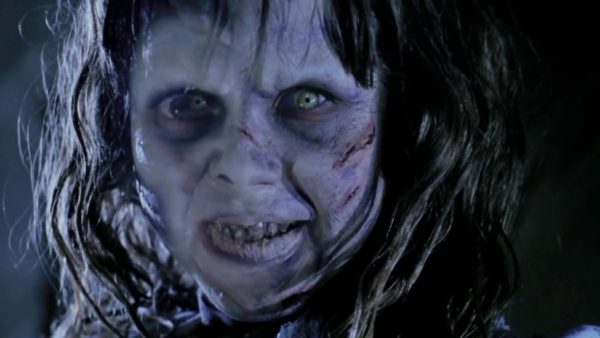 But Friedkin generally denies any real form or method to his work, rubbishing the idea that he knew what he was doing on The Exorcist, and insisting that most of the key theories and interpretations of his film were never intended by him. The Death of the Author, of course, allows audiences to freely infer and speculate regardless.

Friedkin is a realist filmmaker, and on paper perhaps not the most natural fit for a supernatural horror film, except of course that he opted to ground William Peter Blatty’s story as much as possible – causing a decent conflict between them in the process.

This realism extends to a general spontaneous work mode, with the director memorably remarking that “you don’t get spontaneity on take ninety,” contrasted with Stanley Kubrick’s infamous penchant for 100+ takes to achieve a single deliberate shot. Friedkin’s insistence upon of-the-moment filmmaking also created issues for actor Max von Sydow, who as a non-believer playing a Priest in the film, had a crisis of confidence during production which the director struggled to reconcile.

If you know anything about Friedkin, it’ll likely be that he’s a matter-of-fact, take-no-prisoners personality; the man who famously fired guns on sets to startle actors and, on The Exorcist in particular, allowed Ellen Burstyn to suffer a back injury for the sake of a more “authentic” take. And while this doc absolutely concedes the unforgiving side of the man, it better illuminates both his penchant for wry humour and the surprising sensitivity of his soul. 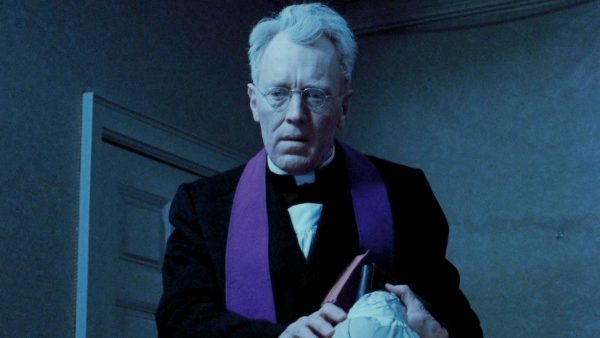 Through he hasn’t made a narrative feature since 2011’s Killer Joe, this doc is proof perfect that the 84-year-old man’s mind is as sharp as it ever has been. His opining on human existence may come across as too lyrical or flowery for the uninitiated, but accepted within the context of the man’s body of work, it will surely prove catnip to his fans.

The highlight for most, however, will be the treasure trove of tidbits and insightful stories about the production of The Exorcist, the best of which shan’t be spoiled here, such as the bizarre result of his attempt to have Bernard Herrmann provide the film’s musical score.

And while Exorcist hardcores will know a fair few of the stories here already, an IMDB trivia page can’t nearly compete with hearing them recalled by Friedkin himself. Perhaps best of all, the director chimes in on his famously divisive ending which, while brilliant, even he doesn’t fully understand. But that closing ambiguity is part of what has kept the film alive in the cultural consciousness for nearly five decades, and is best complimented by Friedkin’s earlier declaration that “[his] films are ambiguous because life is ambiguous.”

Though lacking any presentational flash whatsoever, Leap of Faith proves the show-stopping power of a transfixing interview subject. With minimal intrusion from exterior forces, Philippe basically delivers a 104-minute love-letter to both The Exorcist and its legion of devotees.