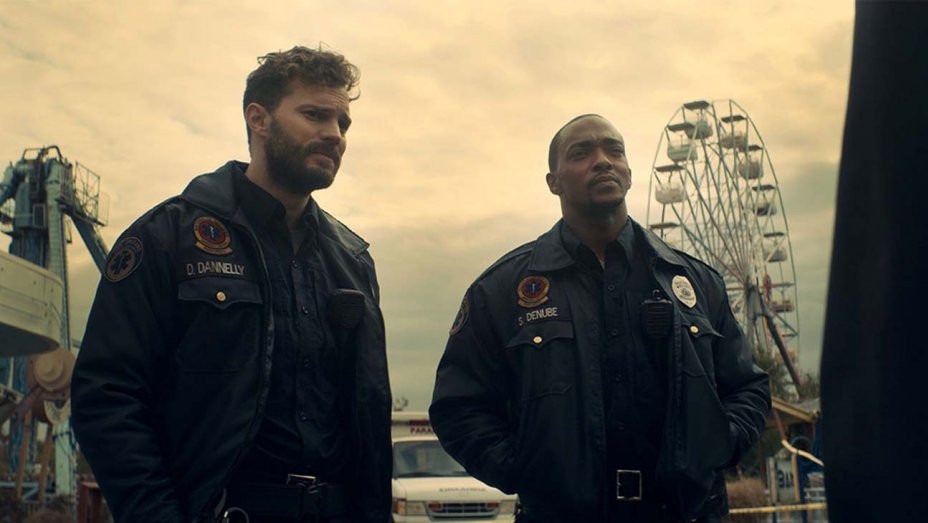 Synchronic is an odd meld of genres and, although refreshing, it doesn’t always work to the film’s advantage – not that it needs to be rigidly genre-specific, but it’s like Synchronic doesn’t know quite what it wants to be. Social commentary drama, horror flick, or sci-fi/fantasy movie? These all could probably co-exist harmoniously, through judicious measurement and balance, but it’s proven here just how difficult that is.

The concept of Synchronic – that paramedics are some of the first to witness the catastrophic, and mind-bending, side effects of new designer drugs – is certainly interesting. However, it’s also a bit tricky to separate it from the other sub-plots splitting off the film’s main thread. It starts off as a gritty and grisly look into the lives of two New Orleans paramedics struggling with the pressures of the job, each unhappy with his own lot. There’s relationship troubles and a health scare, which seem to point the film down a particular path. Once it starts to delve into the actual “synchronic” part of the film though, it quickly veers more obviously into horror and sci-fi as the full impact of this drug is explored. This makes for an entertainingly unpredictable, if uneven, ride.

You can absolutely see why Anthony Mackie and Jamie Dornan would be drawn to their characters in Synchronic – flawed, certainly; multi-dimensional, mostly. As able actors, there’s plenty of meat for them to chew. They have Big Issues to deal with, such as facing up to mortality. The two actors also build a believable rapport with their chemistry, allowing for a natural knack to their dialogue and relationship. They interact like the old friends that they are. The only bit that doesn’t quite ring true is the referencing of “old age”, like these two aren’t some of the most handsome and young-looking (too young?) “40-somethings” alive…

If things are starting to sound a little too heavy going though, rest assured they aren’t. There are some nice undercuts, mostly by Mackie, in any moments that could be marked “high drama” otherwise. It’s weirdly reminiscent of his wisecracking in Marvel movies, but why not include it when he does do it so well? It also prevents Synchronic from being accused of indulgence when it comes to some of its more unbelievable aspects – the tongue-in-cheek acknowledgement signals writers Justin Benson and Aaron Moorhead are well aware it’s a bit much. And maybe that’s the fun?

Without giving away too much, Synchronic’s use of history is a nice touch, particularly with some of the period choices it makes and how Mackie’s blackness then becomes part of his narrative, ratcheting up the dramatic stakes.

Despite some bumpiness, Synchronic is still worth checking out. Unless you’re already a fan of Benson and Moorhead’s previous work (Spring, The Endless), it’s unlikely you’ll have seen anything like it before, so sit back and ready your mind.