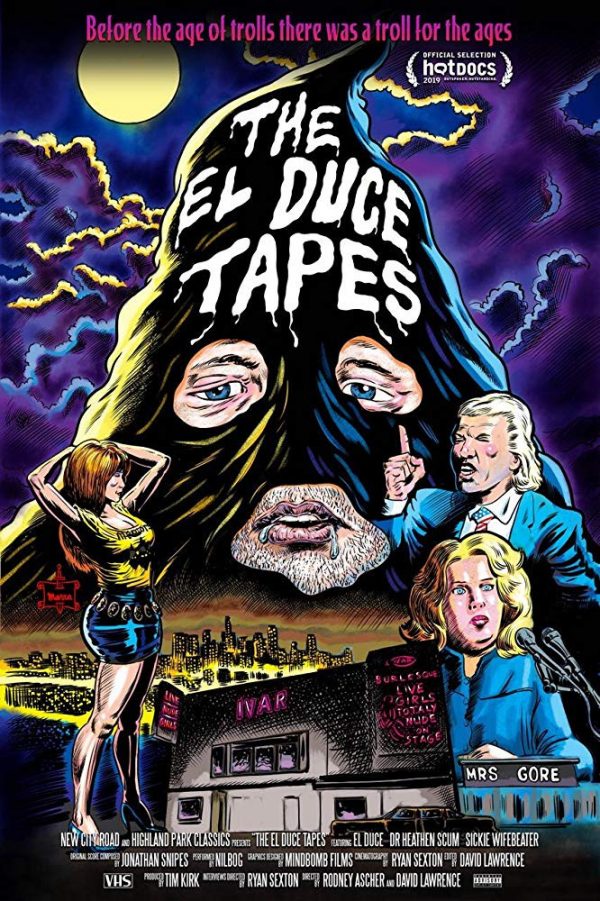 A posthumous examination of the life and times of controversial shock rocker Eldon Hoke, better known as El Duce, the lead singer of Seattle-based “rape-rock” band The Mentors. 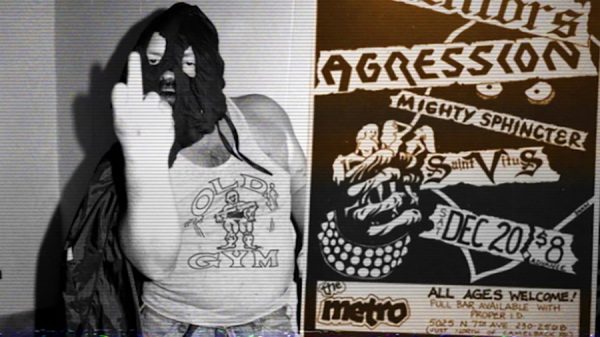 To many – this critic included – shock rocker El Duce (aka Eldon Hoke) will be best remembered for his peculiar appearance on Nick Broomfield’s 1998 documentary Kurt & Courtney, where he claimed to have been offered $50,000 by Courtney Love to murder Kurt Cobain. Two days after his interview for that film, El Duce was hit by a train and killed in a fashion mysterious enough to still be debated to this day.

But Duce was far more than merely his peculiar end, having entered the annals of shock rock legend in the late 80s as the lead singer of Seattle-based band The Mentors. Their modus operandi was to offend as wantonly and aggressively as possible, seeming to encourage misogyny, abuse, homophobia and other ugliness under a subgenre Duce himself dubbed “rape-rock.”

During his peak years, much of Duce’s day-to-day activity was documented by soap opera actor Ryan Sexton, resulting in a treasure trove of recently-unearned VHS footage, sifted through by Sexton and co-directors David Lawrence and Rodney Ascher (Room 237, The Nightmare) for this film. 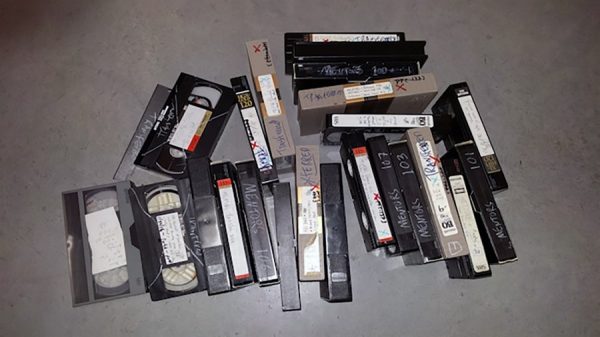 With its general lack of contemporary context and being constructed entirely out of grotty VHS source material, The El Duce Tapes might be best described as a “found footage” documentary. Extensive “scenes” of Duce performing and talking to the camera are juxtaposed against period talking head interviews with those who knew him best, yet aside from making shrewd editing choices to prompt audience consideration, the film largely just sits back and observes Duce.

For the uninitiated, the doc does a solid job of recounting the shock rock scare of the early 90s, where Jerry Springer and other TV tabloid shows paraded out groups like The Mentors for what effectively amounted to a modern day peanut gallery. And for their part, Duce and his cohorts clearly loved the attention, though not as much as they loved prodding society’s open wounds for the sake of a reaction.

The debate around shock rock has always stemmed from the ambiguous intent of those performing it; was Il Duce serious, or was he simply trolling before trolling even became a thing? It’s a question that remains somewhat elusive even by film’s end, though a compelling argument is certainly made that Duce was far more insightful and artistic a performer than his unappealing style and exterior might suggest. Not to forgive the clearly harmful potential of his kinda-maybe-satire, though. 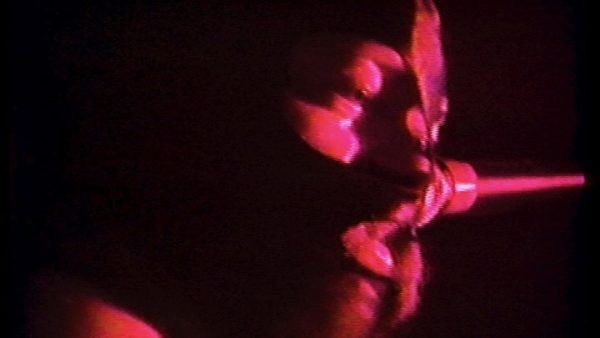 From here, the doc leaps off to consider many contemporary concerns, namely PC culture, freedom of speech, the Streisand effect, the nature of art, substance abuse and the American welfare system. There’s even an oddly compelling link made to the rise of Donald Trump, likening the popularity of Duce’s fearlessly politically incorrect diatribes to the vile tweets sent daily by America’s President.

And while for many viewers Duce’s personality and performance may make the film itself unpalatable, there is a compulsively watchable vulgarity at play here, to ends both horrifying and hilarious. This is perhaps no better realised than in a squirmily prolonged interview where Duce discusses how he’d “peacefully rape” a woman, sure to leave jaws dropped wherever the film is screened.

And yet by film’s end, the flecks of intelligence and creativity are clear; some of his song lyrics do tout a smart construction despite frequently referring to rape, fecal matter and, yes, golden showers. It’s clear from Duce’s brief discussions about his own education that he was effectively a functional illiterate, in which sense an almost begrudging respect emerges for his “success”, no matter the clear issues many will understandably take with him.

Some will simply find El Duce and his music too repulsive to entertain, yet this deftly-edited doc provides a comprehensive account of the man, while underlining our own tirelessly complicit thirst for controversy.