EJ Moreno on the second episode of AEW Dynamite… 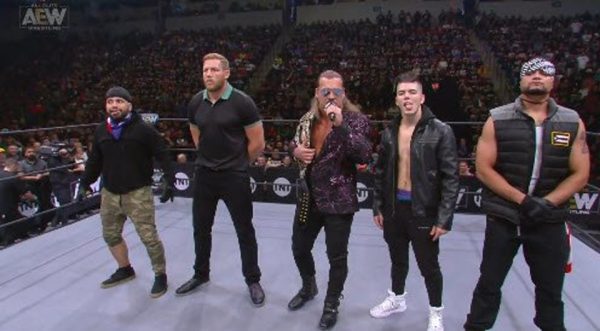 The second week of All Elite Wrestling is here, and it’s just as impressive as the premiere. AEW is starting to show its style with hot matches beginning the show and an angle at the end that makes you want next week to be here already — this week opened with the first match of the tag team tournament, meant to find out who will be the first tag champions. Following this was some great bouts and plenty of storyline building.

Let’s dive into all of the madness of AEW Dynamite week two.

Private Party vs. The Young Bucks: 4 out of 5 stars

A thrilling tag team opener featuring two generations of high-flyers. While the results may shock some, Private Party winning here made too much sense. Next in their bracket is most likely the Lucha Bros, a team The Young Bucks shouldn’t face any time soon. And on top of that, The Young Bucks are in a spot to put a team over and make them a star. That’s precisely what they did here.

Though, Private Party doesn’t need too much help looking like stars as the team feels like a younger version of The Bucks. Some great tandem offense and more charisma than expected for a new team, these two have bright futures ahead of them. Look for them to make a bigger splash in this division, and look for The Young Bucks to get revenge soon. 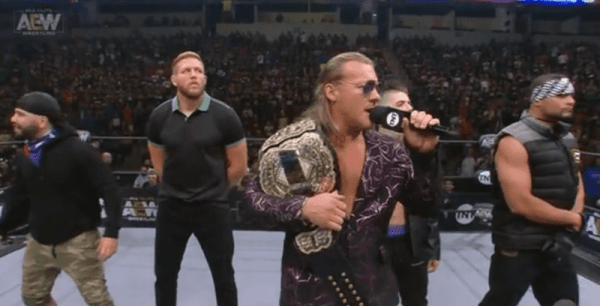 Le Champion Chris Jericho makes his way to the ring, and he’s not alone. Along with him is his new gang, The Inner Circle: Sammy Guevara, Santana, Ortiz, and Jake Hager. The promo Jericho dropped is his usual outstanding work, with some shade thrown at WWE as well as putting over his crew.

While many aren’t loving the idea of this team, Chris Jericho is going to make every one of these men a bigger star by just being near them. Sammy G and Santana/Ortiz have the most to gain from this, but this also makes Hager look “cool” to wrestling fans again.

Jimmy Havoc vs. Darby Allin: 4 out of 5 stars 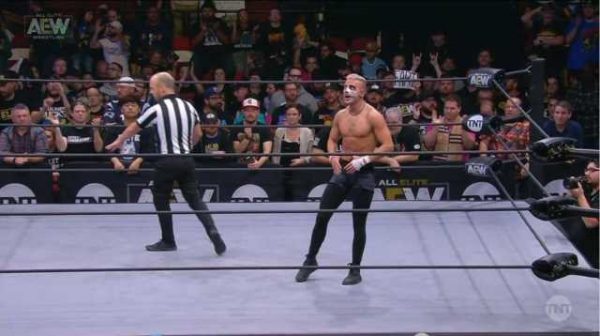 There are plenty of young stars getting themself over with the AEW crowd, but Darby Allin is one of the hottest rising stars. From his risky style to skater goth aesthetic, he has quite the vibe about him. That’s why his winning over the elder goth Jimmy Havoc makes so much sense.

Darby’s Coffin Drop finisher is also one of the coolest in the company. At regular speed or slow-motion, it looks sick and looks like it hurts both men. That sums up Darby’s style perfectly. He’s a risktaker, and that always wins crowds over, much like he did tonight.

Let’s hope he takes that with him next week as he faces Chris Jericho for a title shot. While none of us expect him to win, I think Jericho will likely make Allin a star in just one match. And who knows, Allin might shock the world! 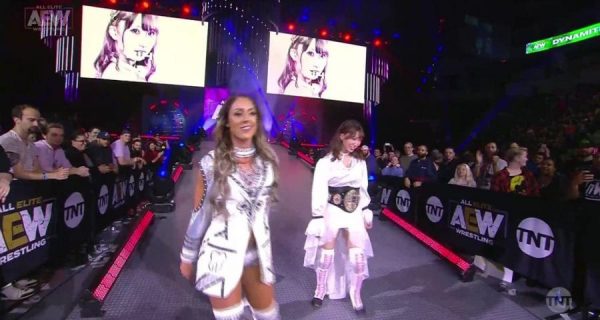 Four of AEW’s brightest stars in the women division, but they couldn’t seem to connect with viewers. Riho is a star and very over with the crowd, but I can’t say the same about the rest of the women in the match. Sakura is fantastic with her Freddie Mercury-like attire, and Bea is a bad-ass, but that team didn’t draw any attention.

Dr. Britt Baker is probably one of the other more popular women on the roster but was still outshined by Riho.

Also, points for them protecting Riho as her record in AEW is one of the best. Next week, she will face off with her former partner Britt Baker and look for Riho to secure another win there. Unless the Doctor wants to yank out Riho’s teeth…

Jon Moxley vs. Shawn Spears: 3 out of 5 stars 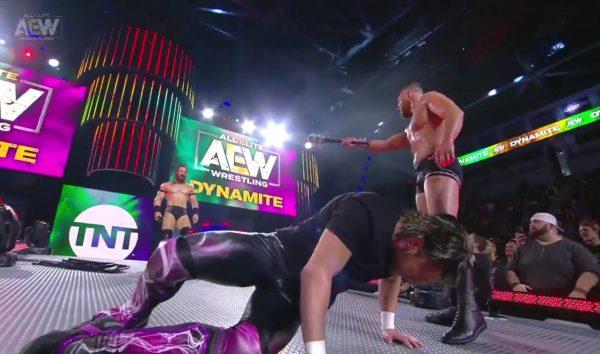 While the match itself was enjoyable, this was all about a post-match angle with Moxley/Omega/PAC. Shawn Spears and Jon Moxley wrestled a back-and-forth match with little doubt that Moxley would pull out the win here. Spears is a substantial worker, and Tully Blanchard is a great person at ringside, but he could afford to lose here. Moxley is still trying to build himself up in AEW, so a win on weekly TV helps.

But the real highlight of the match was the shenanigans after. Kenny Omega met Jon Moxley on his way up the ramp and brought a few barb-wire toys with him. Throwing Moxley a bat covered in the wire, Omega held onto his barb-wire broom. The future opponents faced off until PAC attacked Omega from behind. That oddly caused Moxely to defend him, which shows that Moxley wants Omega in the best shape before they face off against each other.

In a perfect world, PAC is added to their match, and it becomes a sick triple threat with three of the AEW’s best wrestlers. 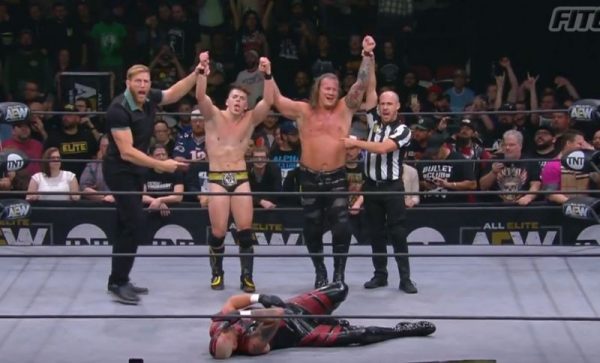 Dustin Rhodes took a beating last week, and now Hangman is there to help his fellow Elite brother. It didn’t work, though, as Chris Jericho and Sammy G. proved too much for the pair. Well, Jericho, Sammy, and some outside interference from Jack Hager. A solid tag match that showcased how great Dustin still is, but also showed some growth from Hangman Page. Much like the other young wrestler in the match, Hangman looks better every time I see him.

This match did set up more angles for the company, though. We are starting to see that Chris Jericho put together a team that would excellently match The Elite during attacks like this. What will happen when their moments aren’t attacks, and they finally meet in the ring? Can Jericho’s team keep up then, or do they only work well while playing dirty?

Also, great to see Darby Allin skate down the ramp to attack Chris Jericho. While not a member of The Elite, he still loved the company he works for and doesn’t wanna see his future opponent run ship like this. A great moment and furthering my theory that Chris Jericho is about to make Allin a star.

What did you think of AEW’s second episode of Dynamite? Did you enjoy the shocking end or the women’s title match? Share your feelings in the comments below or by reaching out to Flickering Myth via social media!