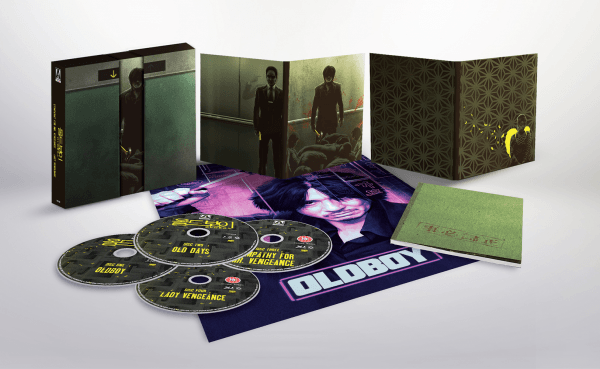 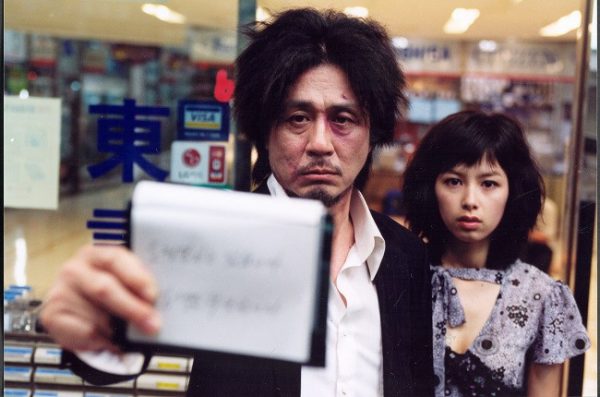 Although some of their recent standalone releases have been pushing the loyalty of collectors thanks to obscure titles being resurrected – they were obscure for a reason, after all – Arrow Video have been knocking it out of the park with their limited edition box sets of late, and to say this limited edition of Park Chan-wook’s 2003 revenge thriller Oldboy has been highly anticipated is like saying that the latest Rambo movie gets a bit violent in places.

Indeed, such is the influence of Oldboy that Rambo: Last Blood more or less directly lifts one of its key scenes from the film with ol’ Johnny Rambo going a bit mad with a hammer in a brothel full of goons, and when this release was announced you could hear the cries of joy from action fans desperate to get a decent special edition Blu-ray of a film that still puts the majority of modern action thrillers in the shade over a decade-and-a-half after it first wowed audiences and caught the attention of one Quentin Tarantino, who just happened to be on the panel at Cannes in 2004 and insisted Oldboy came away with an award, putting Park Chan-wook and Korean cinema on the international map – funny how things work out. 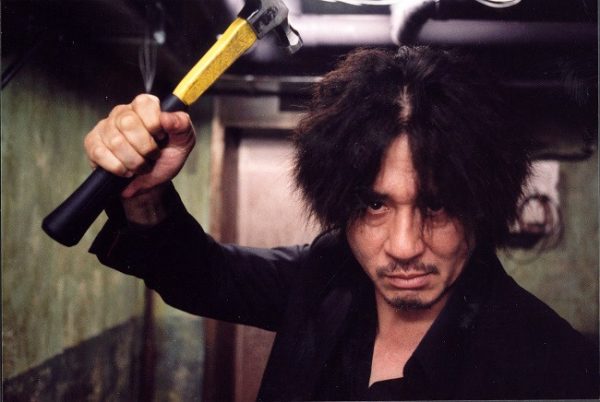 The problem with Oldboy is that, thanks to the nature of its plot, you can’t really write too much about it without giving away what happens and Oldboy is a movie best experienced cold, much like the revenge that its main character Oh Dae-su (Choi Min-sik – I Saw the Devil) seeks.

And why does he seek revenge, you may ask? Well, Oh Dae-su gets snatched from the streets one night after a drunken evening spent in a police station and is kept prisoner in a room with a bed and a television for company. Naturally he doesn’t know why he is being kept prisoner but it takes 15 years for the door to open and he is allowed to leave, changing the question from ‘why was he taken?’ to ‘why is he being released?’.

And when Oh Dae-su – and, therefore, the audience – finds out you discover why Oldboy is held in such high regard as Park Chan-wook puts together a well crafted revenge thriller with classic scene after classic scene playing out in a slick and stylish fashion. Much has been made of what Park Chan-wook is trying to say with Oldboy, and if you look hard enough there are things you could interpret should you desire, but the chances are that he isn’t really suggesting anything, his feelings on violence and the nature of revenge not falling one way or the other. 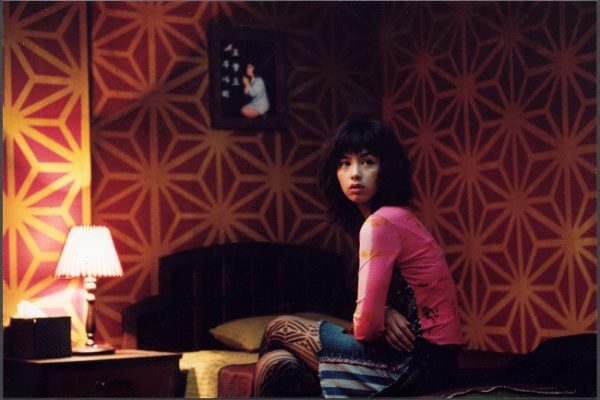 Which makes Oldboy even more enjoyable as there appears to be no agenda behind it, and although the run time is a little long – as is the case with most Korean cinema – and there is a slight dip in momentum about halfway through, Oldboy still stands up as a modern revenge masterpiece, full of extreme violence and brutal shocks but with heart and a story that draws you in and keeps you invested with every twist and turn.

But Oldboy is the second part of Park Chan-wook’s so-called Vengeance Trilogy, three films loosely connected by themes of revenge that also includes 2002’s Sympathy For Mr. Vengeance and 2005’s Lady Vengeance, and as a bonus Arrow Video have included them both here, complete with extras that include audio commentaries, EPKs, an appraisal of the trilogy by film critic Kim Newman and various archival promotional featurettes. Also included as a bonus disc is the feature-length Old Days documentary from 2016 that sees cast and crew returning to the locations used in Oldboy and reminiscing about how the film came together, which gives a fascinating insight into Park Chan-wook’s working process from that time. 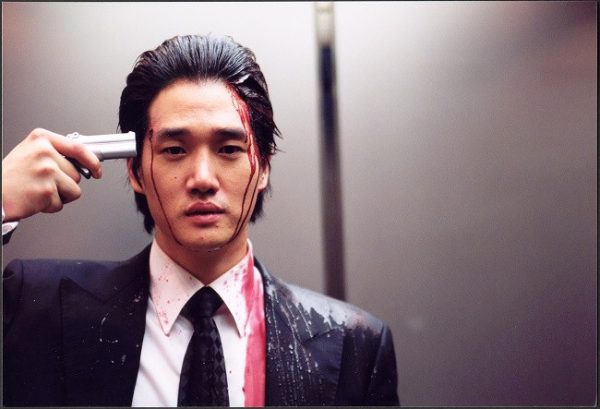 As if that wasn’t enough you also get a three-and-a-half-hour video diary of the making of Oldboy, four audio commentaries including a brand new track from critic Jasper Sharp and writer Simon Ward, deleted scenes, interviews, behind-the-scenes featurettes and, most interestingly, a video appreciation by Asian film expert Tony Rayns that delves deep into Park Chan-wook’s career to give his films some perspective. Want more? There is also a double-sided poster and 100-page hardbound book featuring new writings by Simon Abrams and Kat Ellinger so plenty to get your teeth into if the extensive documentaries aren’t enough.

Unfortunately, by the time you read this the limited edition box set has already likely sold out everywhere, forcing second-hand prices to go sky high, but fear not as Oldboy itself is also being released as a two-disc special edition Blu-ray and come December the whole Vengeance Trilogy is being put out in a lavish box set, so the films and all of their special features will be available, just not in the same guise as this set, and as a package this is one of the best that Arrow have put out. All of the films look great compared to previous releases, especially Oldboy which is the only one to get the 4K restoration treatment, the colours looking very sharp and vibrant against the dark backdrops that Park Chan-wook favours, while the other two films look a little more washed out but that sort of helps – Lady Vengeance also comes in a ‘Fade to Black & White’ version that gradually strips the film of colour as it plays, climaxing in black and white and lending the film an eerie fairy tale quality. However, you will probably have to wait until December to see it unless you simply have to own this set and don’t mind putting your hand in your pocket, in which case you will be rewarded for your dedication to the collecting cause with one of Arrow’s most comprehensive and lovingly put together packages so far.