Jeffrey Combs’ one-man tribute to macabre literary ground breaker Edgar Allan Poe will be at the Sleepy Hollow International Film Festival in Tarrytown New York this October. The play is called Nevermore, and at its heart is the humanity of a writer whose genius has doomed him to be misunderstood. I had the exquisite opportunity to talk with Mr. Combs and ask him questions about the show and about Poe. If you haven’t seen his portrayal of Poe in his run of Los Angeles shows ten years ago, I highly recommend you catch Nevermore at Sleepy Hollow.

Thank you for taking the time to talk with me today Mr. Combs. How did you come up with the idea for a one-man stage play of Edgar Allan Poe?

I was sitting on the set of Masters of Horror with Stuart Gordon (the director), and he said I feel like I’m sitting here with Poe. You should do a one man show. I said no, that’s not gonna happen.

It happened years later, because you were doing the play in Los Angeles in 2009 or 2010?

Yes, 2009 I think I started doing it…wow, ten years. It took us a couple of years for me to say “okay, what are we gonna do?” He (Stuart) gently wore me down and we found a theater in L.A. and a 4 week run turned into a couple of years.

Your portrayal of Poe in the Masters of Horror episode was wonderfully human. How did you channel the vulnerability of a person who has been gone for generations?

It all culminates in that moment where Poe figures out that he has what he needs now to write this new story after all of the psychotic madness he’s been through. The way you portrayed his expression of joy and relief was amazing.

Yes, the writer’s block is over because he faced the demon. A lot of Poe’s short stories are about succumbing or battling the destructive little thing inside you that can make you go the wrong way. He knew that well, he had his own demons for sure. It’s kinda sad that he didn’t really get the success that he could sit back and enjoy it for very much in his life. He had some success, but his meteoric rise into the rare air of America’s great writers came after his death. He died a pauper’s death. He was buried in a pauper’s field and grave. It wasn’t until twenty years after his death that people went WHOA! Wait a minute! and his body was disinterred to an elaborate place to honor him. You can still go to the original field and there is a tombstone where he was originally buried. All I can say is he didn’t get the accolades in his lifetime. 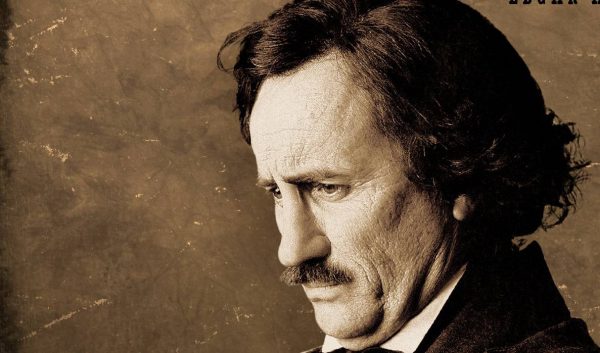 Yes, and he died under very mysterious circumstances.

Obscure and hard to know. Probably health related and maybe some drink and maybe getting mugged, but it will remain a mystery I think. He died penniless. That’s why I call him America’s Van Gogh. He had very little success and comfort in his life.

How do you feel he differs from American writers who came before such as Washington Irving?

I know that Poe had a bit of a chip on his shoulder in that he was a southern writer from Richmond Virginia at a time when most literary figures were Bostonion, New York, Upper Eastern Seaboard, and they looked down on the South, the attitude being that nothing of value could come out of there. This was 20 to 25 years before the civil war and there were already brewing animosities. The North were looking down on the South. Poe resented that as he was aware of how good he was and knew he was better than the vast majority of the writers that he was reading and reviewing. Yet, mediocre writers were achieving success and fame.

Right!? I can hook into that. I turn on the TV, and I’m like WHAT!? I don’t get it! The moral is life is not fair and it’s not a meritocracy.

And talent often is not an indicator of success.

Poe has a quote that goes something like this: “Popular writers whose very popularity is the incontrovertible proof of their indifferent talent.” In other words, the fact that you’re popular should probably tell you that you’re not working on the edge anymore and you’re playing it safe.

It’s like when the Grammy’s give a musician an award well after their prime.

The one I always think of is Paul Newman, who won an Oscar for The Color of Money, a Scorcese sequel to The Hustler, but the year before Paul Newman was nominated and did not win for The Verdict, in which he was just better than he’d ever been. It’s not a fair game.

After watching the Black Cat episode I was really blown away. It was one of the best performances I’ve seen.

Well thank you, and it was shot beautifully. It’s the last thing I’d ever done on film.

Yes, everything is digital now.

One of the lures to directors to do Masters of Horror was, if they greenlit a director’s idea, they got carte blanche and they were able to shoot on film. The directors would jump on that because they know the richness and depth that film brings. I find digital to be zeroes and ones. Sharpness and contrast. No depth.

There’s no character or patina to it.

Yes. How would you explain the difference between the play and the Masters of Horror episode?

The play is an imagined recital. The lights come up and Poe is holding court. And he did this. And lots of writers would do this. Royalties were unheard of in those days. They sold their stories once and that was it, so they would augment their income with personal appearances. We placed our recital at a place in his life a year after his wife died and a year before he died. There’s some writings about a particular recital where he was focusing on a young lady in the audience, so that’s where the kernel of the idea came to make it very specific. It allows me to read some poetry, to tell a story, and to also talk about Poe’s history…his wife, his mother, his struggles, as well as go off the rails a little bit. He was his own worst enemy as well. 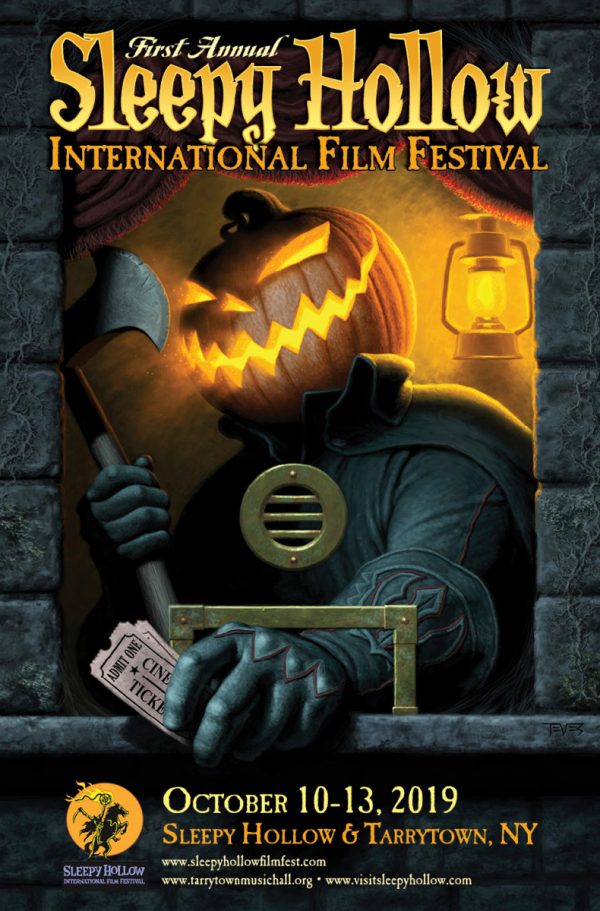 Well, when you’re breaking ground and not getting recognized over and over again…

It boils up and boils up. He had that aspect to his personality. There’s a quote of a person saying that he was a Southern Gentleman, kind, gentle, soft spoken and very polite, but another quote stated that he’s out of his mind and “stay away from him.” He was possibly bipolar. Depression certainly. He did not have any luck. He lost his mother before he was three, full of loss, didn’t grow up with relatives, he was always the outsider, always. That does something to a person. Although, he didn’t lack in any justified self-confidence. He knew he was good, but he couldn’t get traction because the system was against him. Being from the South was a major deficit at the time. And he did burn a lot of bridges. As well as a writer and a poet, he was also a literary critic. Before he moved North to Philadelphia and New York he had ripped most of the writers as a critic. So when he moved north they were like “oh, you’re THAT guy.” So, he was always the outsider.

When you started out as an actor, did you have a deep interest in horror literature and movies? Or did you become interested as you researched material for your roles?

I always say it found me, I didn’t find it. That doesn’t mean that when I was a kid I didn’t read Eerie Magazine or see horror movies at the matinee or on TV, but I wasn’t deeply steeped into it. Horror was just one more genre in a kaleidoscope of genres that I liked from comedy to drama…just the whole bag. I walked into an audition for this guy named Stuart Gordon who says he’s doing a movie based on Lovecraft and I’m like “yeah, sure!” but I didn’t know who that was (laughs). And here we are.

And I’m so glad that meeting happened because we all get to benefit from your collaboration.

Yes, and the theater we are doing this in is gorgeous. It’s on the Hudson River and is a perfect place for a period piece like this. It’s all mahogany and wood. It has the right vibe.

Nice. Any chance of this show coming to Los Angeles?

I don’t know. I just had a conversation with the artistic director of a theater that is now torn down and is at another theater, but I don’t have enough information to make a decision on that right now.

Well, thank you for giving me this time, and I know your performance at the Sleepy Hollow festival is going to be absolutely amazing.

Thank you Jason, and thank you for your support and for getting the word out.