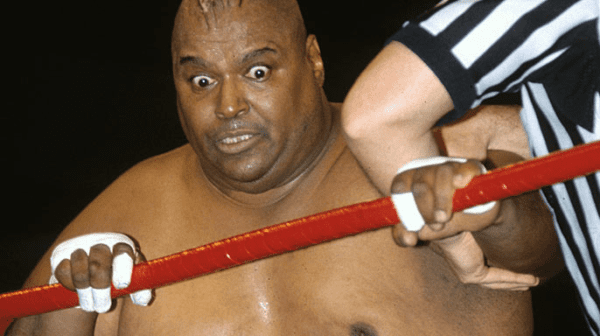 If there’s any wrestler on this list that scares me the most, it’s Abdullah the Butcher. With his scar-covered face and a legacy of infamous matches, the hardcore icon makes Halloween’s Michael Myers look tame. If you were to watch his entire 60-year career, I’m sure the Saw movies would feel like Disney films after. Though he is known to be a nice man in real life, there is no messing with this man between those ropes. It’s like stepping into the ring with the scariest horror slasher. Abdullah the Butcher is only semi-retired, so this insane man is still maiming opponents to this day! 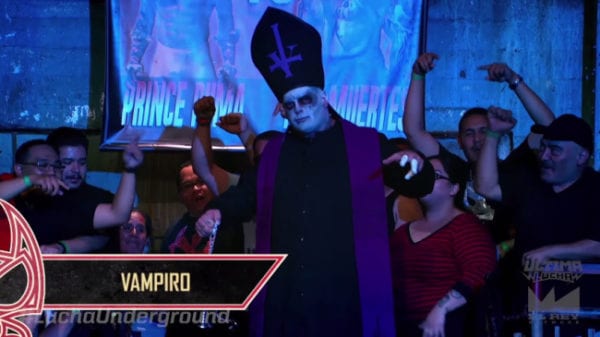 Wrestling has its fair share of vampires, with one of them popping up in nearly every promotion. What makes Vampiro so special is the longevity and various companies he’s worked for, as well as how much he loves the darkness of his gimmick. While there’s some horror-inspired work in WCW that made Vampiro infamous, his recent work on El Rey’s Lucha Underground is the stuff of B-movie dreams. Go look up the bloody and brutal match Vampiro had with Pentagon Jr, another scary wrestler, and tell me that the battle isn’t perfect for a Halloween viewing. 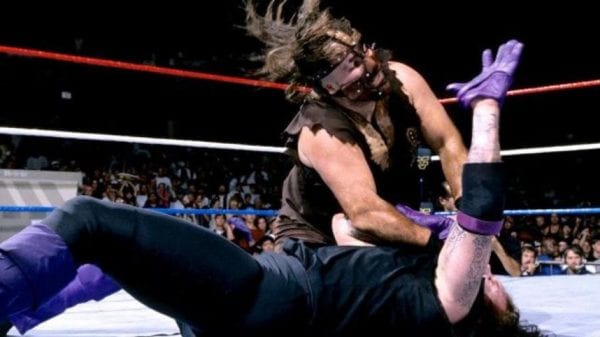 Mick Foley’s resume has more scares than your average horror film. If it was losing part of his ear or going through a flaming table, everything this man did was terrifying. But none of his personas embodied “horror” quite like Mankind. Especially when you look back at the character’s early work, a boiler room dwelling psycho who likes to pull out his hair. It wasn’t until Mankind went through a table while falling off a massive cage that he became the extreme icon we know today. Seeing that stunt desensitizes you to that kind of insane violence. Kind of like binging a lot of horror films! 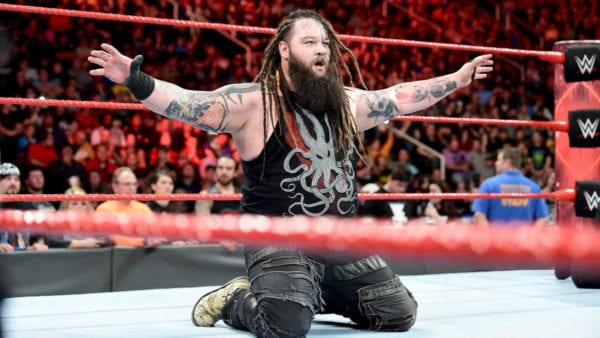 No modern wrestler has turned horror into gold quite like Bray Wyatt. What started as a creepy homage to Cape Fear eventually turned into this supernatural Charles Manson, complete with his own house of horrors. Bray Wyatt owns every bit of this gimmick and makes the campiness work in this self-proclaimed “Reality Era.” If he can have the longevity of someone like Undertaker is still to be seen, but the once “Eater of Worlds” is well on his way to a hall of fame career with his commitment to perfecting this bizarre horror-inspired character. Just no more Sister Abigail impersonations. 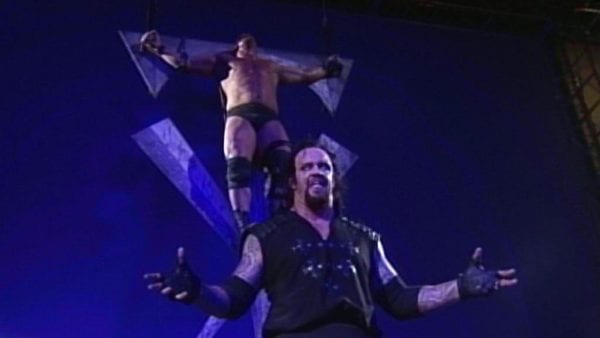 WWE’s Phenom; The Undertake made his living in embracing horror and the hilarious tropes that came along with the genre. No other wrestler on this list used the horror-themed gimmick to such success quite like this legend. The Undertake has also found ways to reinvent his character throughout the years as well; it’s not always the usual “Dead Man” as he’s been a cult leader, biker, and mortician. Mark Calloway truly deserves his iconic status just for the sheer fact he made the most of this gimmick and seemed to have fun along the way. Basically what any horror fan wants!

Who is the scariest or most horror-inspired wrestling you know?

This article was originally posted on October 31st 2018.