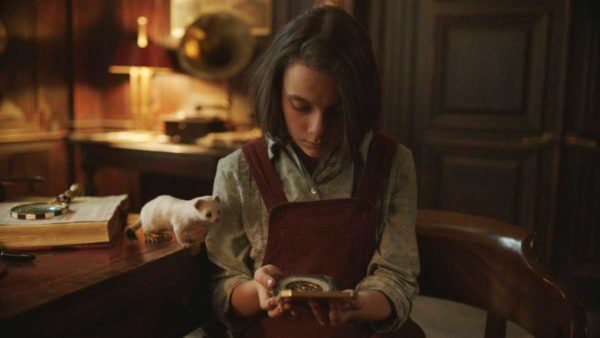 The most frustrating aspect about the failure of 2007’s blockbuster adaptation of The Golden Compass, was how those who knew the source material had to accept the fact that one of the richest literary tapestries would remain a personal relationship between the page and their imagination. Sometimes this pact is for the best, but there was a nagging feeling from our inner dæmon (an animal tethered to its human counterpart in place of soul) that His Dark Materials had the scope and vision to work on screen.

A decade later and the BBC, HBO, and Bad Wolf Productions have come together like the factions at the heart of Philip Pullman’s epic fantasy, and based on this opening episode, crafted something that feels magically plucked straight from the mind of the reader.

Rather than bombarding you with world-building exposition from the off, writer Jack Thorne (The Virtues) sensibly focuses on character beats during this opening gambit, in particular that of our headstrong heroine, Lyra Belacqua. She’s no-nonsense, fearless, inquisitive, and in Logan‘s Dafne Keen the production have found a perfect performer on which to hang this ambitious project. She immediately vanishes into the character of Lyra, imbuing her with the wide-eyed confidence of a girl comfortable leaping across the rooftops of Jordan college, but hinting at an emotional fragility that will be tested over the course of eight episodes.

The first of these tests arrives in the form of Ruth Wilson’s deliciously unsettling Mrs. Coulter. Introduced in a manner that evokes Darth Vader, she’s all uneasy smiles and asides, hinting at the truly despicable person she’ll become. That’s all without the episode really touching on her terrifying Golden Monkey dæmon, who has the potential to be the stuff of nightmares. 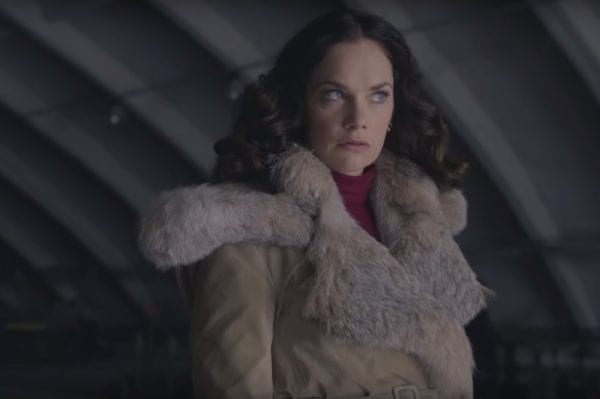 James McAvoy gets a fair chunk of screen-time as Lyra’s estranged Uncle, Lord Asriel, whose Snow Leopard dæmon is luxuriously voiced by Peaky Blinder‘s Helen McCrory. His interactions with Keen are among some of the highlights of this opening hour. He strikes exactly the right notes as an intrepid adventurer, but displays enough warmth beneath the stoicism to suggest that his relationship with Lyra will be a successful element of this adaptation. There’s a scene in which he takes off in one of the gloriously rendered flying contraptions, that already tugs on the heart-strings.

While we’re on the subject of the way things look, everything from the tourist-board realism of the canals, via the cobbled streets inhabited by the Gyptians (a group of water travellers whose children are going missing), up to the skyline of Oxford, are sumptuous examples of imagination manifested. And this is all without mentioning how cute Pantalaimon (Lyra’s dæmon) looks when he takes the form of a snow white ermine. A lot has been made of how much this production has cost, with the BBC claiming it’s their most expensive project ever, and if that is the case then His Dark Materials is money well spent.

Enchanting, funny, and with a score full of suitably epic flourishes, this is a promising first step into Pullman’s fantasy world. And just think, we still have witches, polar bears, and Lin-Manuel Miranda to come. 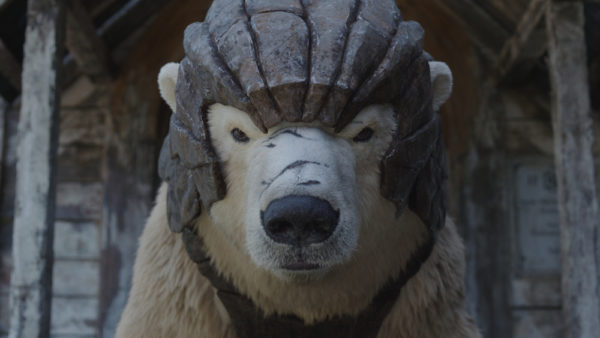 His Dark Materials is set to premiere on the 3rd November 2019 on BBC One in the United Kingdom and Republic of Ireland, and the 4th November on HBO in the United States and other markets.