The first trailer for Universal Studios’ and Amblin Entertainment’s horror film The Turning has arrived. The film, which stars Mackenzie Davis (Terminator: Dark Fate) and Finn Wolfhard (Stranger Things), is based on the novella The Turn of the Screw. Watch the trailer below… 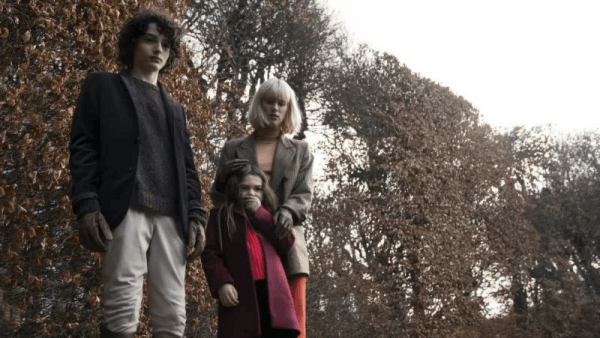 Based onHenry James’ horror story, The Turning revolves around a young woman (Davis) who becomes the nanny of two orphans (Wolfhard and Brooklynn Prince) who live in a haunted mansion in the country.

The Turning will be directed by Floria Sigismondi (The Runaways) from a script by Jade Bartlett and Chad and Carey Hayes. It is produced by Scott Bernstein (Straight Outta Compton) and Roy Lee (It).