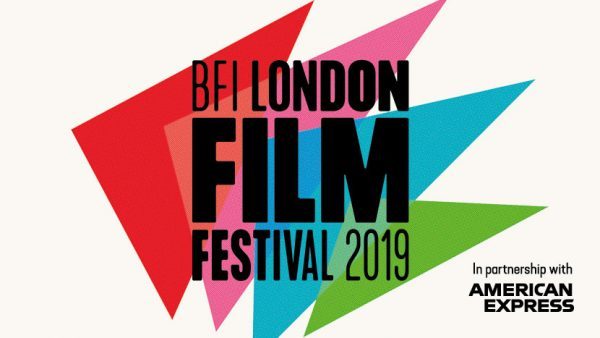 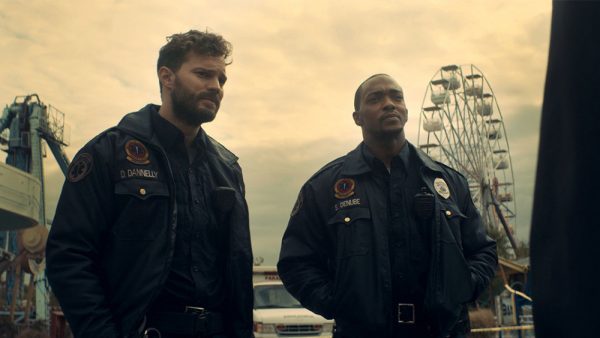 Justin Benson and Aaron Moorhead are two of the most distinctive indie genre filmmakers working today, their previous films Spring and The Endless in particular winning them a cult of fans for their outside-the-box metaphysical ideas married to an uncommon technical exactitude and ambition.

Synchronic represents something of a step up for the directing duo, then, finally earning enough clout to win the attention of card-carrying name actors. And while it’s tough to shake the feeling that Benson and Moorhead were either asked or felt inclined to broaden their conceptual approach to sci-fi with this star-studded effort, their left-field ideas are at least as entrancing as ever.

Dennis (Jamie Dornan) and Steve (Anthony Mackie) are a pair of paramedics (and pals) working in New Orleans when they uncover an epidemic of bizarre deaths, all of which seem to be related to a new legal high known as Synchronic. After Steve comes into contact with the designer drug first-hand, he has the edges of his reality – and his mental state – tested, while wondering whether or not the drug can be used to correct a recent wrong.

The best thing that Synchronic does is reinvent a well-trod sci-fi subgenre in an intriguing way – though to preserve the mystery, I shan’t say which. Getting to the genre meat does take some waiting, though; the opening 40-or-so minutes follow a through-line closer to a cop procedural – accompanied by plenty of great bromantic banter between Dennis and Steve, at least – until the perception-shifting properties of the titular drug are revealed.

Even at that point, muddy metaphysical mechanics are the order of the day, yet somewhat disappointingly there’s an excessive deference towards exposition from pretty much the outset. Later in the movie this hand-holding approach is funnelled through the simple elegance of Steve recording the drug’s effects and providing commentary for whoever may find the recording, yet the script still feels oddly prosaic in places, especially compared to the team’s earlier works.

But they typically don’t give the entire game away and there’s still a fair amount of ambiguity to the rules of this reality, even if that imperceptibility may irritate those lured in by the star cast while unfamiliar with Benson and Moorhead.

Technicals are meanwhile as ambitious as ever; an opening long take through a gnarly crime scene as the medics attend to the victims is both functionally effective and stylish, the filmmakers’ penchant for drone shots is back in impressive force, and there are some wonderfully precise match cuts throughout.

As with The Endless in particular, VFX elements are subtly integrated into the generally practical whole, and while its use here feels decidedly more standard – and, honestly, less imaginative – than in their prior outing, they sensibly haven’t over-indulged just for the sake of their presumably larger budget. And even when it seems like the pic is rearing to go full CGI overload in its final stretch, the directors smartly pull back on the reins.

It won’t surprise many that Dornan and Mackie are very good here, between their effortless chemistry and the emotionally fraught places they’re asked to go. The pair are both given the opportunity to wax philosophical about both the toils of masculinity and the sheer wonder of being alive. Despite the potential for triteness, these monologues are genuinely affecting, and in their best moments, even life-affirming. Mackie is especially strong, effectively carrying much of the film’s second half when Dornan is kept off-screen for a long spell (and that’s not a spoiler).

Like the duo’s other sci-fi forays, this film sensibly places some canny limitations on its premise, even if the precise nature of the reality-bending mechanics are never set in stone, and some will hate that. It’s a fine acting showcase for its two leads, even if you’d be forgiven for wishing the script weren’t quite so keen to walk audiences through so much of the experience. Synchronic doesn’t match the heights of Benson and Moorhead’s prior efforts, but it nevertheless offers a creative – if messy – riff on a tired sci-fi subgenre.