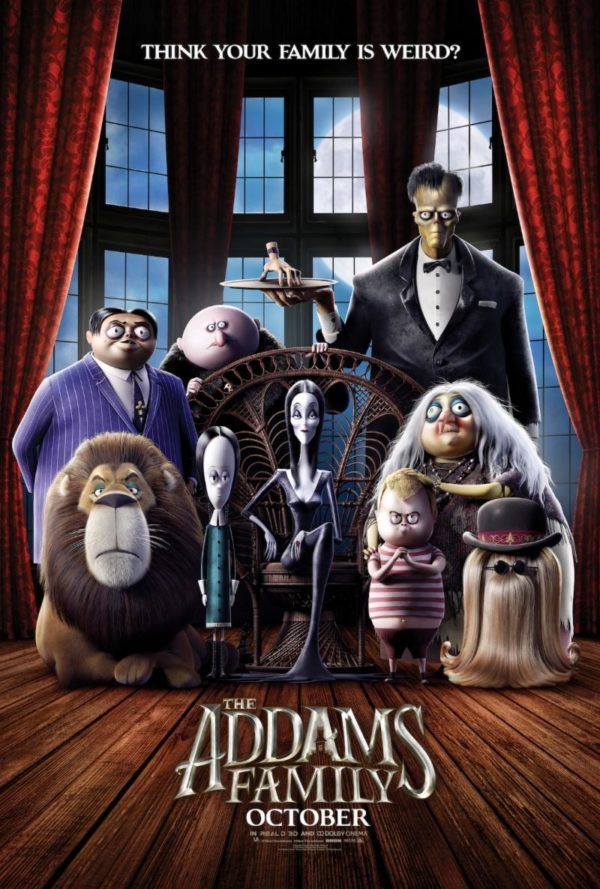 An animated version of Charles Addams’ series of cartoons about a peculiar, ghoulish family. 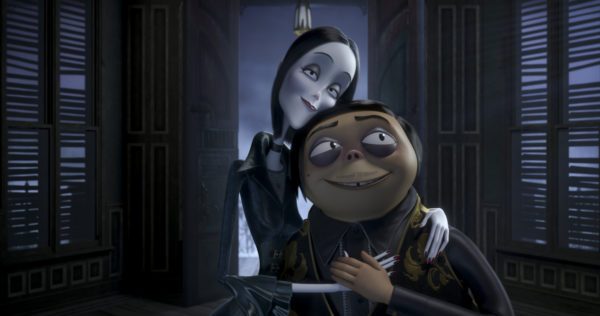 Appearances can be deceiving and perceptions can be false. Everyone should know that by now, especially those familiar with any rendition of The Addams Family, whether it be cartoon comic strips, the hit television show, animated variations, or the fantastic film adaptations from the 90s. Still, given the current climate of the world where fear of the unknown still sadly runs rampant, it’s a worthwhile idea to take the gothic aesthetics and bizarre characteristics of the titular family, putting them at odds with a nearby neighborhood run by a self-absorbed and materialistic home-improvement reality show star looking to steer the family away upon discovering how close in proximity they are located.

More pertinent, The Addams Family shows how easily a charismatic individual with high social status can dangerously sway the minds of the local citizens under their leadership. While making modifications to the small suburb of New Jersey (there’s a great prologue of newlyweds Gomez and Morticia Addams fleeing a hateful area and settling for a place so boring no one will notice them), Margaux Needler (Allison Janney) goes excessively overboard with cutesy confetti and more, removing the missed from the nearby asylum atop a hill that the Addams’ remodeled into a freakish family mansion over the years (decked out in all black and malevolent forces living within the surrounding area to tie everything together). 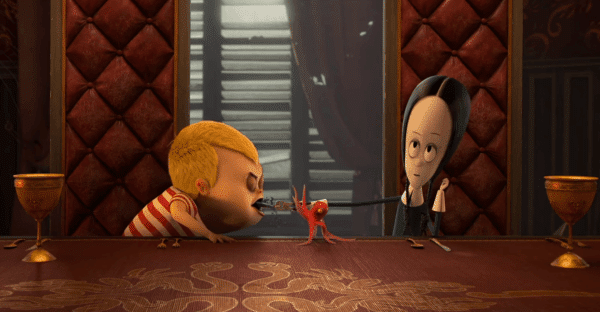 To Margaux, their oddball nature is a threat to making the suburbs thrive and might actually drive away residents. Matters are not helped for her as Wednesday Addams (Chloe Grace Moretz) becomes frustrated with the isolation, private cage-schooling, and not necessarily the way her family presents themselves but the manner in which her mother Morticia (Charlize Theron) insists her to do the same. Likewise, father Gomez (Oscar Isaac) is saddled with stress preparing his son Pugsley (Finn Wolfhard) for a sword combat ritual of sorts that is a traditional rite of passage within the family towards becoming a man. The issue is that Pugsley is much more of a demolition expert rather than a combat sword fighter.

What ensues is Wednesday enrolling in the public school and befriending Parker (Elsie Fisher), the daughter of Margaux who, at surface value, appears to be your standard teenage girly girl obsessed with all things pink, but actually is salivating for the opportunity to dress different and dark. Their bonding is one of the most charming aspects of the movie (and not just because it’s a joy to see Elsie Fisher doing something fun and within her wheelhouse after putting in Oscar-worthy work for last year’s Eighth Grade), as by cutting through the rumors and hearsay Margaux is slandering the Addams’ with (she actually has an underground computer base solely meant for spying on her own residents and posing as random citizens online to sway the thoughts of the people to be more in line with her views), these two are able to find common ground, co-exist, and remind audiences to never judge any book by its cover. 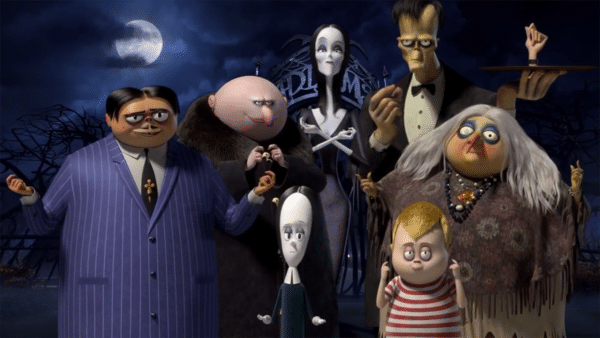 Thematically, The Addams Family is not bad at all, even if it does take all of the aforementioned thoughtful ideas only to tread the beaten ground of being yourself and not conforming to others, a message that animated films rely on far too heavily. However, there is a sensation that the earlier sections of the movie work better as a freewheeling hangout flick with the family and their idiosyncratic relatives and monsters that live alongside them (Nick Kroll is definitely a stand now as Uncle Fester). As the plot further kicks in, we know where everything is going and suddenly the proceedings become less entertaining. Looking at the numerous credited writers, it’s easy to imagine that certain people were assigned different aspects, with the lackluster story eventually taking over completely.

The jokes are all over the place ranging from clever to lazy to surprisingly occasionally crude (although maybe that’s to be expected considering the directing duo of Conrad Vernon and Greg Tiernan last made the raunchy, talking food animated feature Sausage Party). Nevertheless, most of them work due to sheer weirdness which feels just right here. Also, for such a star-studded cast, no one really sticks out as greatly enhancing the movie or giving one of these beloved characters a definitive interpretation. This is no Addams Family Values, but there are useful family values present. Unfortunately, they just can also be found in most other modern animated movies. That’s not to say this rebirth of The Addams Family is a waste of time, but it is lacking in key areas even if it is enjoyably watchable