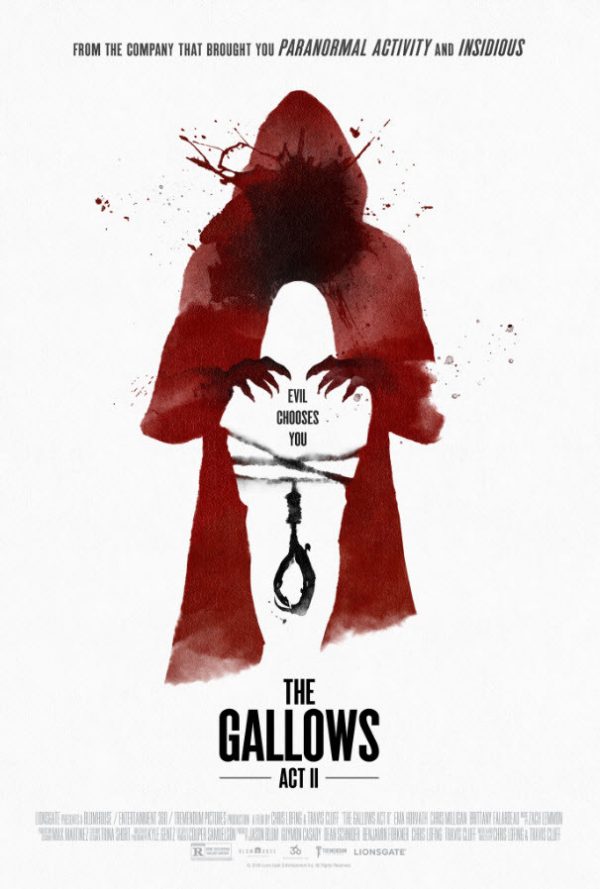 When Auna Rue transfers to a prestigious new acting school, she encounters a malevolent spirit after participating in a viral challenge. 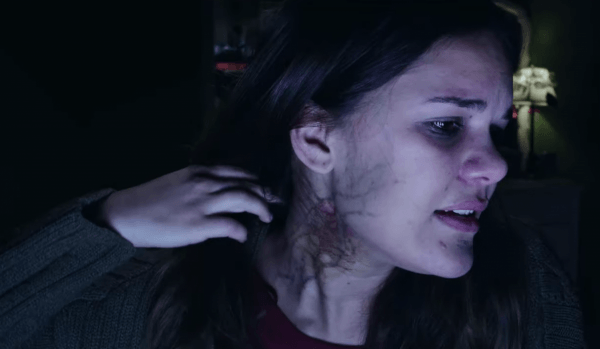 As “Horror Twitter’s” proudest advocate of 2015’s *criminally despised* The Gallows (seriously, I’ll show you what a bad “found footage” films look like), all I can ask is how could you mishandle The Gallows Act II so triumphantly? I’m your demographic. The guy who died upon the Hangman’s hill time and time again, defending Charlie’s teleplay terror, only to be failed so impressively. If anyone was going to enjoy The Gallows Act II, it would have been me.

Reader, I did not. Like, on par with unwatchable bottom feeders such as The Final Project and Ahockalypse.

In the “Hangman’s” second act, we meet aspiring theater starlet Auna Rue (Ema Horvath). New to her performing arts school, new to her stepsister’s apartment (Lisa, played by Brittany Falardeau), and struggling to build a YouTube following. That’s when Auna stumbles upon a viral online fad called the “Charlie Challenge,” in which participants read passages from “The Gallows” and call forth the spirit of Charlie Grimille (slain during his school’s production of “The Gallows” when a prop malfunctions). Long story short, it works! Enter Charlie’s Hangman once again, jumping into frame and lurking in the background of vlogs while dangling a rope noose.

Creators Travis Cluff and Chris Lofing commit every sequelitis folly and “horror trope” sin in the book. Why abandon what defenders of The Gallows loved, mainly how “found footage” thrills cut to the heart of close-up scares and Hangman ferocity? The Gallows Act II goes third-person narrative within *minutes* after a quick (and cheap) opening first-person (lame) scare, jettisoning the original’s greatest weapon. Pulling the perspective back does Cluff, Lofing, and The Gallows Act II no favors, as technique alone makes scenes unwatchable. Poor framing, dim and drab lighting, diverted focus – found footage can hide blemishes, but not this time. 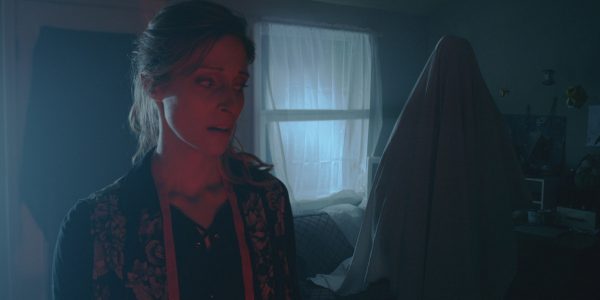 Concerning horror, The Gallows Act II is a juvenile ripoff that mines the lowest hanging jump scare fruits. Multiple sequences botch Charlie’s reveal as he looms behind Auna, filling out a shadowed doorway or placed beside mannequins throughout Lisa’s home. Other times it’s the same repeated “face into camera” jolt used over and over again in a way that ponders if Cluff or Lofing have ever studied the artistry behind fear. One hanging sequence in a treehouse is worth a doubletake, but otherwise, we’re subjected to “found footage” style horrors without the benefit of character POVs. What a gross misunderstanding of genre tension, development, and horror execution beyond “well, what if the Hangman just pops into camera view out of nowhere…again?”

It’s not that Ema Horvath isn’t an affable leading victim. The Gallows Act II not only alternates cinematic presentation, but turns Charlie into a conjurable urban legend. Poorly, I might add. Auna’s sacrificial decision to invoke Charlie’s wrath in exchange for “valuable” subscribers barely challenges the countless other movies that try the same, nor does her “romance” with Cade (Chris Milligan) elevate above Disney Channel levels of schmaltz. I’ve seen scarier after school specials screened by lazy substitutes killing classroom time, as Cluff and Lofing wade through repetitive genre redundancies. It’s an infuriating watch filled with garbled exposition, frightless encounters, and pitiful investment in underserved characters.

Moments suggest a better movie suffocated by The Gallows Act II while Auna’s mental state diminishes. Visions of talent scouts mangled in plain sight during one of her patented hallucinations under Charlie’s spell, or, as previously stated, a treehouse hanging after ice cream flirting. Cluff and Lofing just never retaliate against bare-minimum mentalities, going no further than necessary groundwork to bring back their masked executioner. Even as a moderate found footage success, The Gallows shows more competence and confidence than anything The Gallows Act II puts forward. A sequel birthed by the original’s profit margin ($43 million net on a $100,000 budget) that feels ideologically rushed *despite* sitting around for two years after reported “outstanding” test screenings.

Where’s the movie early audiences raved about, because it ain’t here.

The Gallows Act II is such a disappointment it makes me want to stop publicly defending The Gallows. How could I support a film that greedily asks for a second helping and wastes every bite? The Gallows Act II is eighty-percent dull creepypasta shadow lurking and infuriating “jumps,” followed by an ending that rattles catastrophically off the rails. No spoilers, and kudos for attempting something different, but wow does that finale leave me even more frustrated about the preceding events. Y’all might call me crazy for being one of the only positive Rotten Tomatoes reviews on The Gallows, but sorry, you’re not getting that chance again.