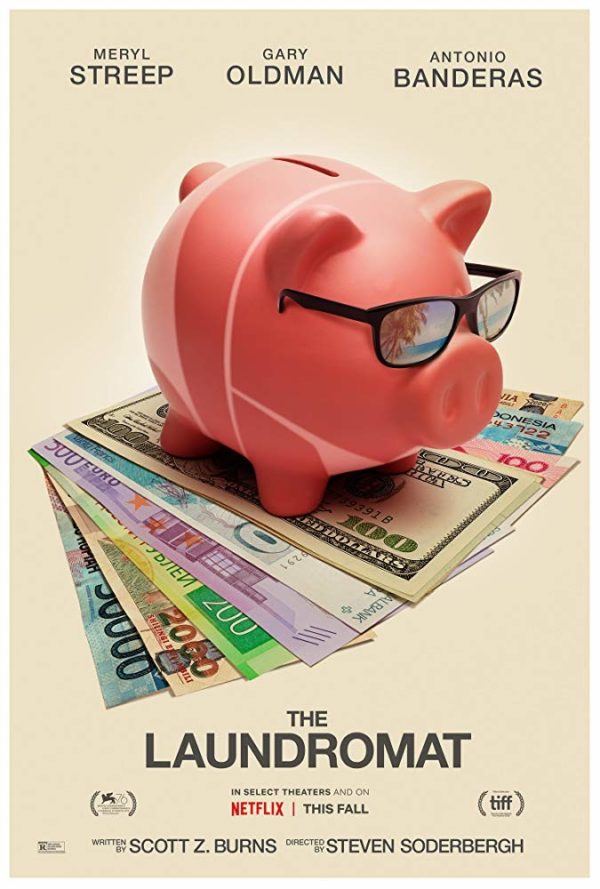 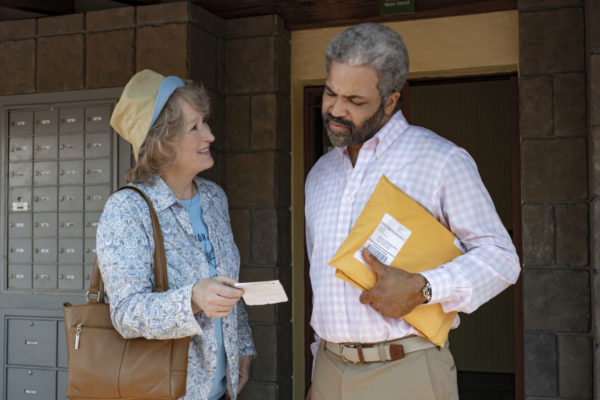 Director Steven Soderbergh (also serving as the cinematographer and editor under aliases) is either so outraged that there’s smoke puffing from above his beat red angered face, or recently read Jacob Bernstein’s fictional but meticulously real-world researched book Secrecy World: Inside the Panama Papers Investigation of Illicit Money Networks and the Global Elite and found the specifics regarding immoral but not quite technically illegal scheming billionaires worth aggressively explaining whilst setting ablaze in The Laundromat. On one hand, the passion he has for the subject is to be appreciated, at one point even having a character break the fourth wall solely to mildly implicate the filmmaker himself for taking advantage of lax tax laws in Delaware. There’s also the semi-anthology structure to the proceedings that take a 90-minute movie and compress everything so compact, that there’s not much to make of it. None of the detours ares emotionally investing, functioning as amusing but out of place comedy sketches. Also, prepare yourself for cameos overload.

The Laundromat opens with Panama law firm partners in crime Jürgen Mossack (Gary Oldman putting out a German accent) and Ramón Fonseca (Antonio Banderas) talking directly to the camera on a beach, anachronistically interacting with cavemen while lecturing audiences on the bartering of yesteryear and the inevitable birth of not just money, but paper doubling as the green itself. In between chapters (generally, each one is meant to unpack various insider terminology while showcasing how, in their minds, they are not responsible for any financial crisis or the shady behavior of the clients they enlist for business) are short stories comprised of characters that do have a larger effect on the overall pyramid scheme. 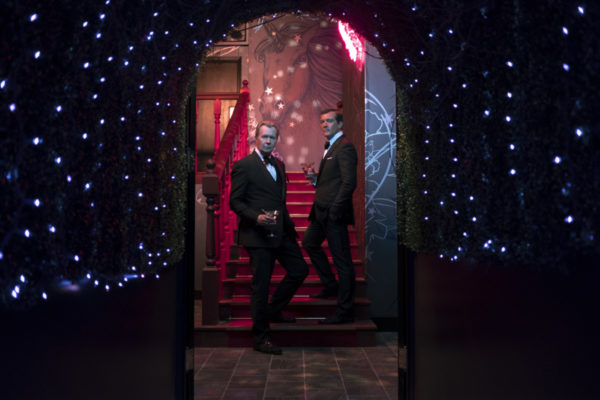 With that said, the opening is by far the most engaging section, featuring Meryl Streep as a newly widow seeking compensation for the loss of her husband at the expense of a boating catastrophe that took the lives of 20 others. It quickly becomes apparent that the insurance companies are not going to cough up any dough; even worse, they don’t really give a shit. The farther up the ladder one goes, the more crooked the happenings become with those at the bottom, designated as the meek here, are screwed. All Ellen (Meryl Streep) desires in her state of loss is to purchase an apartment near the Las Vegas strip where she met her loving husband, using whatever money she is supposed to receive from the accident. Fat chance, unfortunately.

Awkwardly, the film then begins to follow Ellen through a slight investigation, but not before switching gears entirely to other subplots focused on those affected in different ways by the scum at the top. This involves an assortment of shameful wealthy individuals ranging from those with multiple families to adulterers to blackmailers. At one point, a character offers his college-aged daughter $20 million and ownership of one of his “shell companies” to keep quiet about engaging in sexual activities with her best friend. Naturally, the people with the money do nasty things (this is, after all, an overarching narrative from the fourth wall breaking perspectives of the most rotten, willing to scapegoat or place the blame anywhere else). 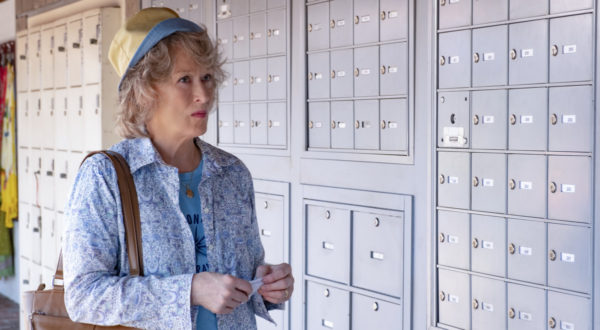 Rather than ramping up the tension and excitement, The Laundromat launches into a series of events with each one containing more diminishing returns than the previous. Witnessing these unsavory people get their comeuppance is funny, but at what cost? The only relatable character worth caring about is tossed aside so Steven Soderbergh can overindulge on bad people behaving badly. It also must be said that the film can be tonally inconsistent and unnecessarily dark (there’s a dream sequence where someone imagines shooting up a building, which I have no idea why it was shot let alone kept in the final cut). Other tricks include one actor so undercover playing another character; it’s obvious from the get-go there is a celebrity underneath the disguise, but most disappointingly, it too adds nothing.

The performances are fine and the stylistic touches ensure that already entertaining scenes never begin to drag, but Steven Soderbergh has no coherence piecing everything together. There is no conclusion; as a matter of fact, the ending is nothing more than a reveal and yet another fourth wall breaking segment. For something so passionately angry, The Laundromat elicits nothing more than a shoulder shrug.