Marvel Comics has announced that the Marvel Universe’s chief newspaper will be headlining its very own limited series with the launch of Amazing Spider-Man: Daily Bugle from Mat Johnson and Mack Chater, which will follow the Bugle’s Robbie Robertson as he follows a lead into Spider-Man and Kingpin’s past and discovers a secret that will affect anyone who’s ever come into contact with the web slinger. 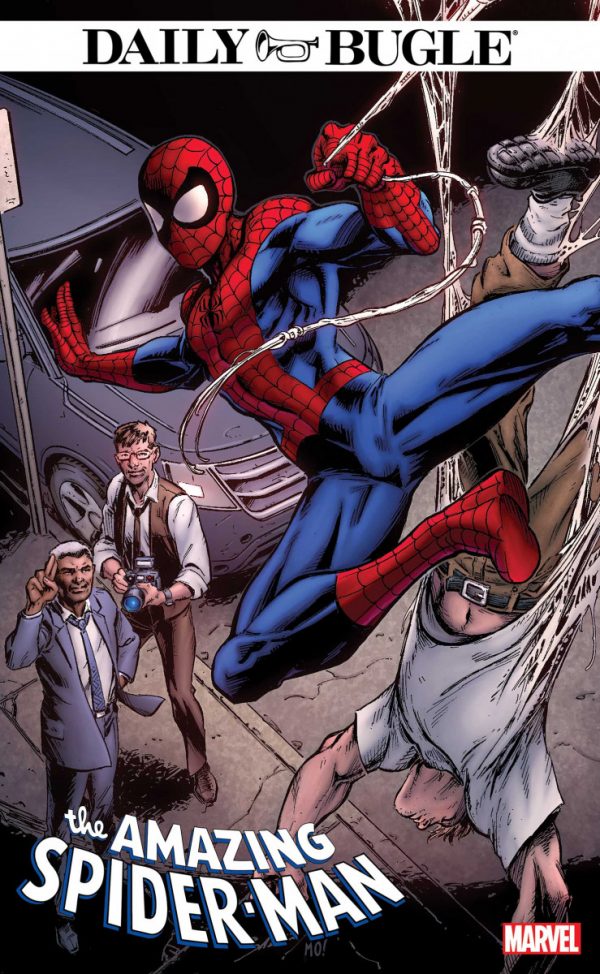 The journalist must speak truth to power—whether or not it’s wielded responsibly. Helmed by Peter Parker’s mentor, Robbie Robertson, the Daily Bugle staff is at last chasing stories that matter. And in a city under Mayor Wilson Fisk, keeping the public informed is as essential as it is dangerous. Weaving between events in AMAZING SPIDER-MAN and DAREDEVIL, Mat Johnson (Hellblazer Special: Papa Midnite, Incognegro, Loving Day) and Mack Chater (BLACK PANTHER AND THE CREW, Briggs Land) are following a lead into Kingpin and Spider-Man’s past that will change the way you look at the webslinger now, and as his story continues.

Amazing Spider-Man: Daily Bugle #1 will go on sale in January 2020.