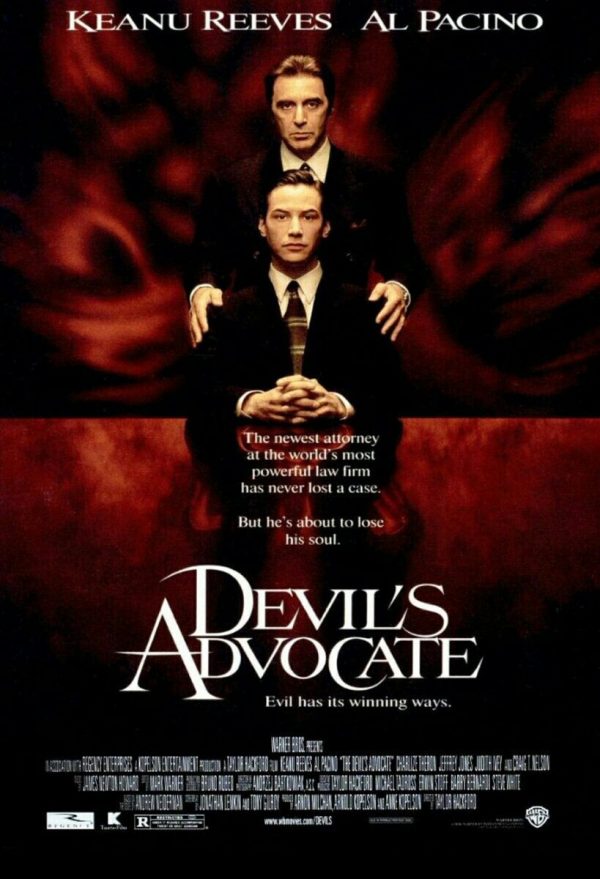 Kevin Lomax, a hotshot Florida attorney with an unusually successful career is invited to join a top New York City law firm headed by the charismatic John Milton. As his wife is haunted by hellish visions, Lomax begins to realise that his new boss might be someone or something far more sinister and evil. 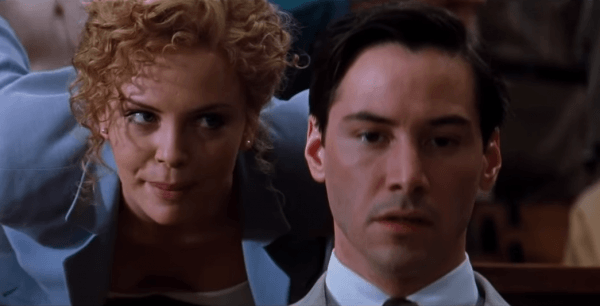 Serial killers, vampires, zombies, aliens and demons. These are some of the numerous evils that we have confronted in the nearly four years of October Horrors. Now we find ourselves confronting the most insidious evil we have ever faced; lawyers. This overly dramatic opening clumsily brings me today’s admittedly randomly chosen film, the supernatural horror/legal drama The Devil’s Advocate.

Horror might be a distinct genre on its own, however, much like comedy, it has a handy ability in that it can be blended with almost any other genre out there, for instance, action horrors like Predator or comedy horrors like Evil Dead 2 etc. The Devil’s Advocate, however, attempts a rare blending by combining the horror genre with a legal drama.

This unlikely and potentially clumsy combination is handled surprisingly well, with legal proceedings and lawyer talk dominating the first half of the film, with it not feeling too different from a John Grisham adaptation. However, the horror is always there quietly lurking in the background, treating us to brief glimpses of demonic creatures, hallucinations and one particularly disturbing dream sequence involving a child.

It’s the third act where the horror finally bursts forth, treating us to scenes of demons roaming around freely and killing would-be whistleblowers, while others are killed by conveniently speeding cars before they can fully uncover the evil deeds being committed. This unlikely genre combination might not be to everyone’s liking, and it does take a while for the horror to kick in, with the legal half dominating the majority of the runtime, especially when as a murder trial plot becomes the main focus. However, it is still surprising to see these two unlikely bedfellows mix in a fashion that still manages to be a solid piece of entertainment. 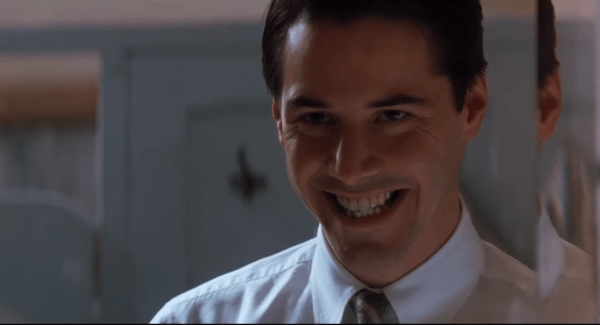 After panning his dreadful performance in Bram Stoker’s Dracula last year, Keanu Reeves re-enters our sights and attempts to win us over with another performance in which he adopts a very questionable accent. This time around, Reeves finds himself much better suited to his role, with hotshot lawyer Kevin Lomax being a character that allows the actor to stretch himself, running the gambit from charming, cocky and highly contemptible arsehole lawyer to a tragic and sympathetic pawn in a much larger game. The main issue with Reeves’s performance is his Florida accent which, despite his best efforts, is widely inconsistent and never manages to sound convincing. At least it’s better than his attempts at an “English” accent.

We also have Charlize Theron giving a strong performance as Reeve’s increasingly unstable wife. While her Florida accent is arguably even more inconsistent than her on-screen husband, Theron’s flaw is forgiven thanks to her exhausting and tragic performance as her mind becomes ever more broken by the crushing loneliness and isolation she feels while her husband is enjoying his career. Theron’s performance is far stronger than Reeves and I would say that it’s the best of the film, if not for one crucial factor; Al Pacino. 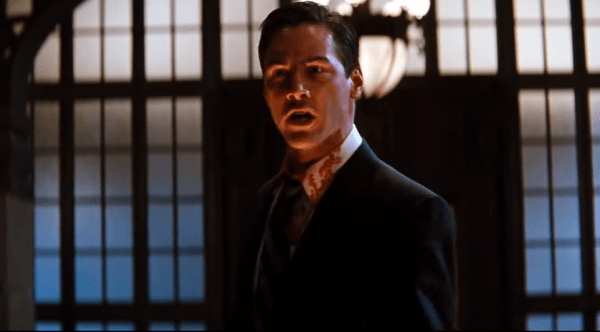 As the sinister law firm boss John Milton, Pacino lets rip with all the cheeky grins, devilish laughs, and the kind of full-throated scenery swallowing glory that of which he is the master. It’s a phenomenally entertaining performance that dominates the screen and leaving his co-stars struggling to escape from his overpowering larger than life persona.

The climax in which it is revealed, to the surprise of everyone who ignored the title, that Milton is the Devil himself, is the high point of the film, with it allowing Pacino to go full ‘Pacino’, delivering a furious monologue in which he decries God as a ‘prankster’ and ‘an absentee landlord” who enjoys setting moral rules against basic human instincts for His ‘cosmic gag reel’. It’s an astonishing display of grandiose performing by Pacino, leading to a ridiculous mess of silliness and special effects that brings this to this frankly absurd film to a close.

It’s a shame though this gloriously silly ending is nearly ruined another incredibly pointless twist that almost renders the entire film redundant. Regardless, though the sight of Pacino screaming surrounded by hellfire makes it all worth it in the end. 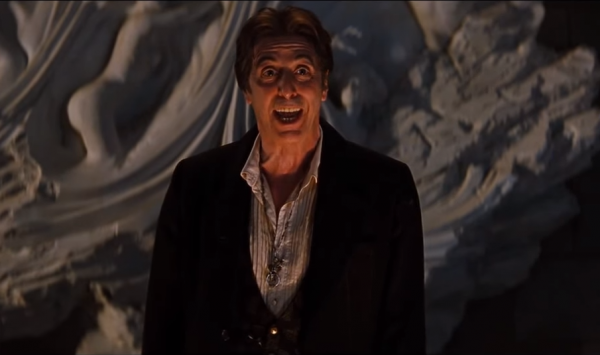 While it’s not going to be to everyone’s tastes, The Devil’s Advocate is a surprisingly decent genre-blending that works well as a decently entertaining legal drama and a ghoulishly fun supernatural horror thriller. Reeves and Theron give solid performances as a couple being tested by success and Satan (particularly Theron), but this is Pacino’s show and he fucking owns it. Dominating the screen with a hilariously campy performance that turns this rather silly film into gloriously cheesy goodness. Besides, how many other horror films can boast a cameo from Don King? Check it out.