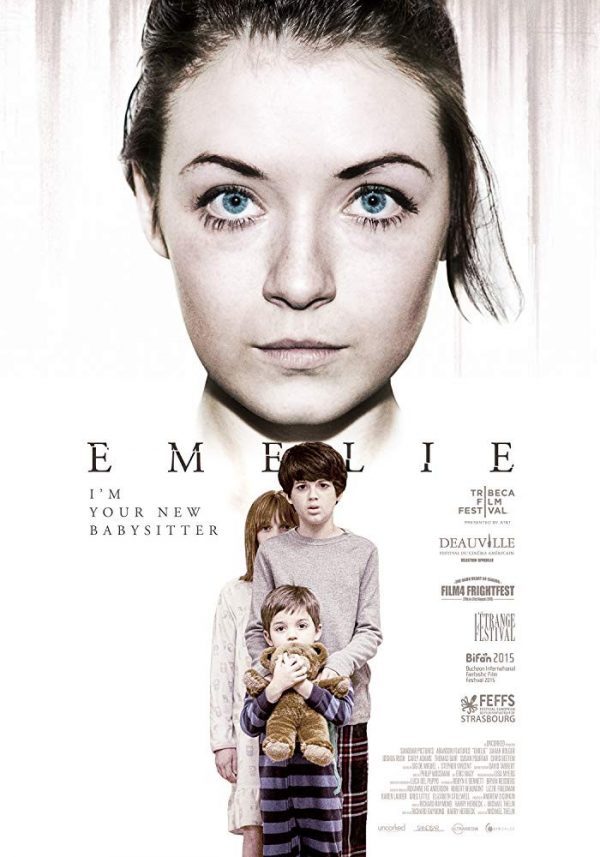 When their parents go out for the evening, the Thompson children are left in the care of babysitter Emelie. However, this seemingly innocent babysitter soon begins to show her true sinister colours. 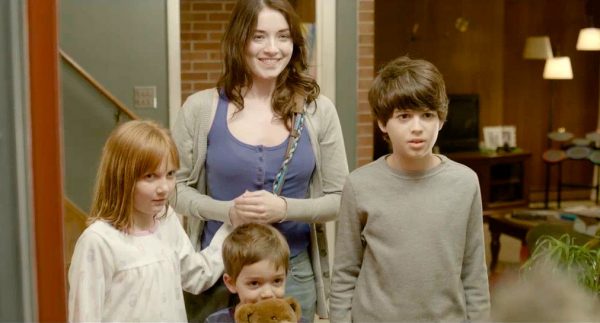 We all know the story; parents go away for the night and leave their children with a young sweet babysitter who then has to deal with annoying children and a maniac whose calls are COMING FROM INSIDE THE HOUSE!!!!. It’s a premise we’ve all seen before in a dozen films and really if you see one of them you’ve kind of seen them all.

However, what if said maniac was also the babysitter? Where do those calls come from? Well, still from inside the house obviously. This rather clumsy attempt at humour brings me to the subject of today’s edition of October Horrors, the very underrated inverted babysitter based horror Emelie. 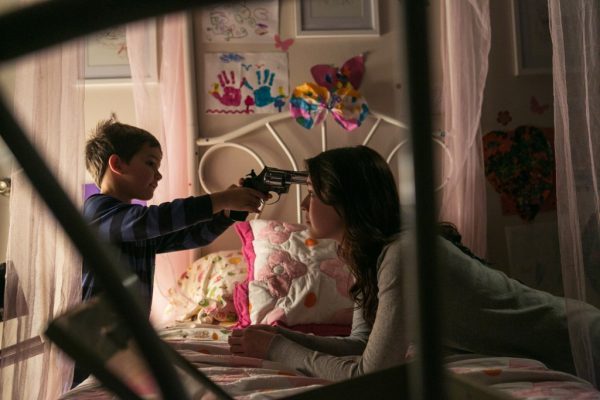 Whenever I’m confronted with a horror film featuring children in prominent roles I am filled with intense feelings of dread, partly because I don’t like seeing bad things happen to kids, even in films where the kids are evil. The other reason I am so filled with dread is that a lot of the time, child actors, are just plain awful. You may the odd good one from time to time, but they can’t all be Henry Thomas and make you cry when ET dies.

Thankfully, Emelie is an instance were to borrow a phrase; the kids are alright. As the eldest child Jacob, Joshua Rush is a dependable lead who, after initially being charmed by his new babysitter, quickly smells trouble, resolving to do whatever he can to protect his siblings. 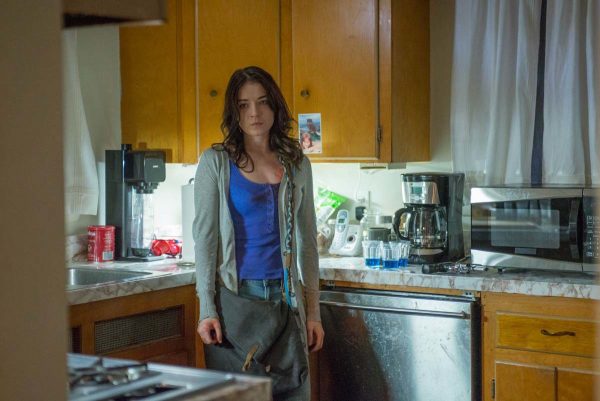 Rush’s great talent is that, while initially irritating, he manages to quickly turn this persona around and emerge as a capable and likeable hero, his quick thinking and resourceful skills being the kind that would Macaulay Culkin proud.

Young Carly Adams and Thomas Bair who play the younger siblings Sally and Christopher respectively also deliver solid performances with what is (for child actors) some rather dark and challenging material with the pair managing to navigate between cheerful annoyance and believable fear and sadness. Bair especially is a rather cheerful little tyke whose enthusiastic acceptance of his new babysitter is rather disturbing, especially when she starts to turn up the craziness. I also sort of like how Bair seems to have little idea what kind of film he’s in and seems to be freewheeling it the entire time which makes for some funny moments. 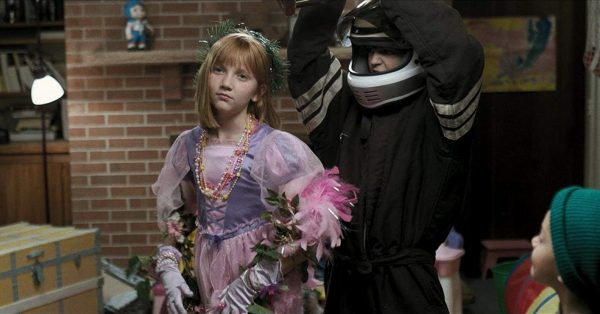 The stand out performance, however, is without question Sarah Bolger’s unnerving and enigmatic performance in the title role. Bolger excels at creating a character whose initially sweet and charming personality has a disarming effect on those around her, while still hinting her darker intentions, her sweetness acting as a facade to lure in unsuspecting victims.

It’s once the plot gets up and running that Bolger gets to dive deeper into the role, revealing shades of sympathy behind the increasingly sinister exterior. That being said, Bolger with an unnerving smile coupled with a classic case of “crazy eyes” succeeds in making you feel all kinds of uneasy, a bit like she might brutally kill you, but she’ll be smiling as she does so. It’s a subtly sinister performance that I only wish could have been more fully realised and explored with a slightly longer runtime. 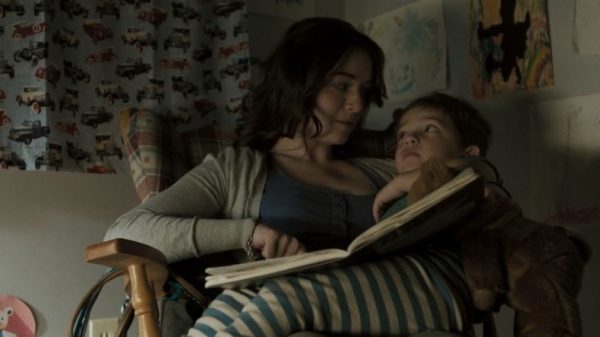 While the acting is top-notch throughout, the film itself is much more of a mixed bag with it often feeling at times like a short film that’s been stretch out to feature-length (and that’s in spite of my own personal wish for a longer runtime).

The film starts off strong with a brilliantly staged sequence that shows us a kidnapping from a distance, almost like we are some kind of voyeur hiding in the bushes, before moving on to some rather odd scenes such as a bathroom encounter between Jacob and Emelie that is all kinds of inappropriate. And that’s before we get to the sad death of the adorably named hamster Admiral Wubbles. 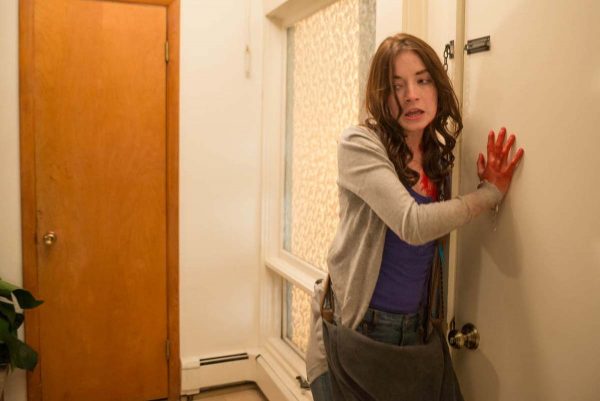 However, as it goes on, the film starts to run out of steam with the story running out of places to go aside from repeating itself. This rather slow race to the end is further hindered by the film-makers decision to have the power in the children’s house go out, leaving much of the finale in darkness, leaving crucial scenes (such as a fight sequence) rather difficult to see at times. The film’s ending is also a bit of a let down with too many moments of convenience that leave things feeling rushed and too neatly wrapped up.

It’s primarily down to the excellent central performances from Bolger and her young co-stars that despite its many issues, particularly in its second half, that Emelie succeeds as a solid horror thriller that manages to subvert the usual babysitter horror story in an entertaining fashion that keeps you engrossed until the final credits roll. Check it out if you’re curious.