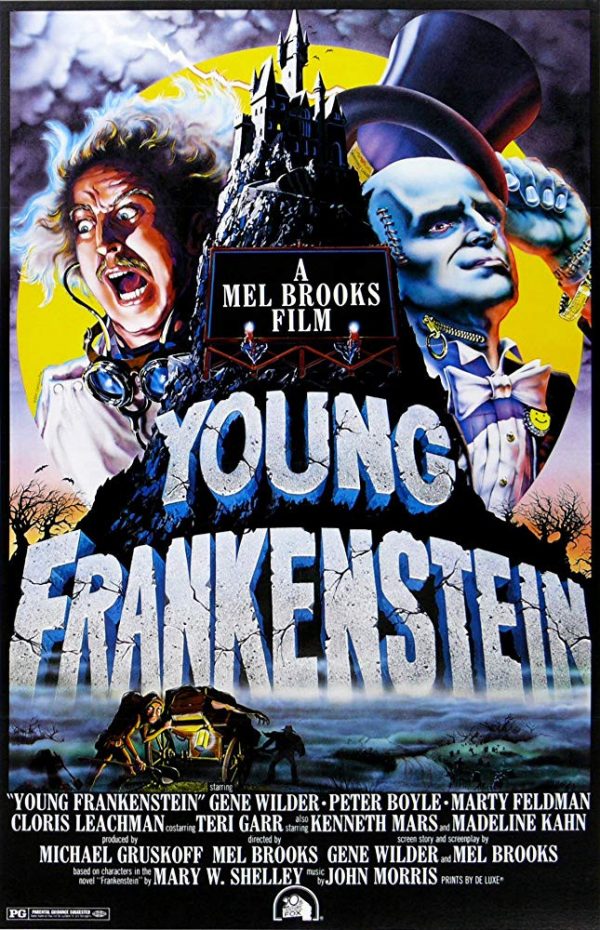 Fredrick Frankenstein, upon hearing of his grandfather’s experiments, decides to embark upon his own quest to create new life out of the body parts of the dead, with decidedly strange and surprising results. 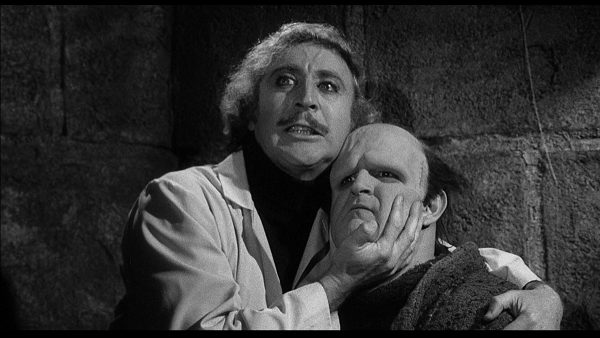 To say that Mary Shelley’s Frankenstein has been adapted for the screen would be a gross understatement. Throughout this month we’ve looked at a few of them in their various forms from the classic Universal incarnations, the more gruesome Hammer take and up to Kenneth Branagh’s enjoyably shouty and ham-fisted effort.

Yet, to many people, the best cinematic incarnation of Frankenstein coms in the form of Mel Brooks’ Young Frankenstein, a film that while not the most faithful adaption of Mary Shelley’s novel is almost certainly the funniest.

Boasting a grand old castle, buzzing bubbling labs (complete with the original props from the Universal films), a hunchbacked sidekick and gorgeous black and white cinematography, Brooks and his team pull out all the stops to replicate nearly every technical aspect of the classic franchise in a truly beautiful affectionate homage to the films of the past. While it is impressive to see just how accurately Brooks and his team have replicated and paid homage to the original films, the real fun comes from watching the famed director and his cast mercilessly and hilariously mock them. 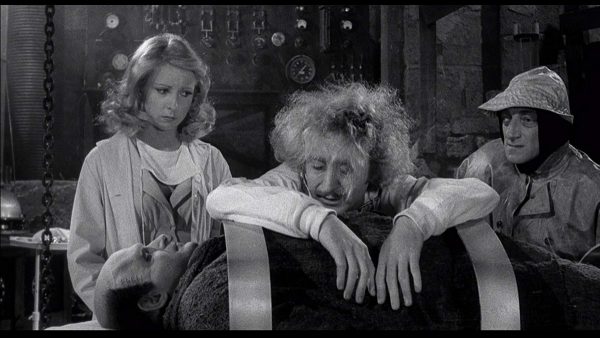 Leading the film is, of course, Dr Frankenstein (or “Fronnkensteen” as he insists) played by Gene Wilder (who also co-wrote the film) in a hilariously thunderous performance as the reluctant mad scientist. Wilder nails the increasing madness suitable of your classic crazed doctor, his shrieking tones deafening the viewer with his grand proclamations about creating new life. However, it’s in the much more sedate and quieter scenes that Wilder truly excels, leaving you in suspense as to when he’s about to fly off the rails and begin ranting with such ferocity that he might stab himself with another scalpel, his fury just barely contained that highly expressive face of his.

The supporting cast is also hilarious with nary a weak one among them, with Teri Garr, Madeline Kahn, Cloris Leachman and Peter Boyle all delivering funny and nuanced performances that never fail to raise a laugh.

However, it was Marty Feldman’s wickedly cheeky performance as Frankenstein wise-cracking sidekick Igor that cracked me up most of all, with the British comedian’s hilarious mugging, silly ad-libbed gags and subtle physical jokes possessing an infectious quality that had me breaking out in a great big grin every time he appeared on the screen. I can’t quite explain why I love his performance so much, Feldman is just plain funny. 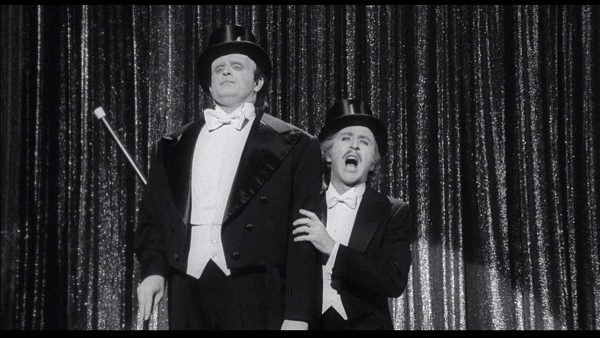 I also have to give praise to Boyle whose performance as the Monster somehow manages to spoof but also honour the work of his predecessors, with his grunting and fearsome exterior merely hiding a rather sensitive “good boy”.

The story follows many of the familiar tropes from the classic Universal films closely, with it featuring more than a few recreations of iconic scenes, albeit twisted into comedy gold. Moments such as a reprise of the young girl and the lake scene that ended tragically, albeit this time around it’s an escapade involving a see-saw that ends surprisingly well for all involved. And the who could forget that moving moment in which the monster finally found friendship with a blind man? Although in this case the blind man is Gene Hackman and he’s a clumsy idiot who can’t so much as serve a bowl of soup without pissing the monster off.

It’s scenes like these that demonstrate the proper way to spoof a film. You don’t just casually reference or mock the source material hoping for an easy laugh, but you take it, study it meticulously and then mould into something different that serves as both a mockery but also an affectionate tribute to the original. 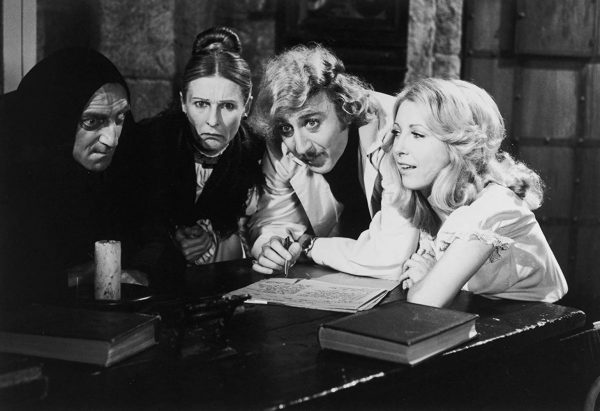 Aside from the callbacks to the original Frankenstein lore, the film is packed to the gills with one brilliant jokes after filled with saucy nods to “knockers” and the monsters “enormous schwanzstucker” that has all women who encounter it singing opera. We also have daft sight gags such as a doctors office that tells us to ‘slip brains through the slot in the door’ or the police chief and his bizarre prosthetic arm that is slapped every which way but loose. And let’s not forget the now-iconic rendition of “Putting on the Ritz” in which a monster can not only talk but he can also dance.

I could go on discussing all the myriad of reasons why this film is as brilliant as it is, but really you should just go and watch the damn thing already.

With incredibly funny performances, gags that come at you like bullets and an approach that honours the source material while also hilariously mocking it, Young Frankenstein is simply a horror-comedy masterpiece and probably one of the best Frankenstein films ever made. Check it out.