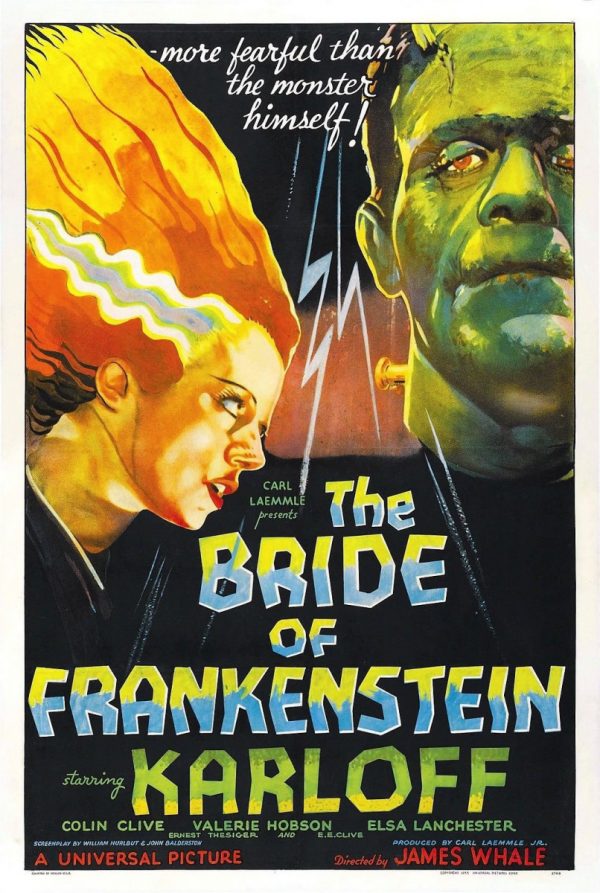 After his original creation has run amok, Dr Henry Frankenstein is recruited by his old mentor Dr Pretorius to collaborate on a horrific new creation; a bride for the monster. 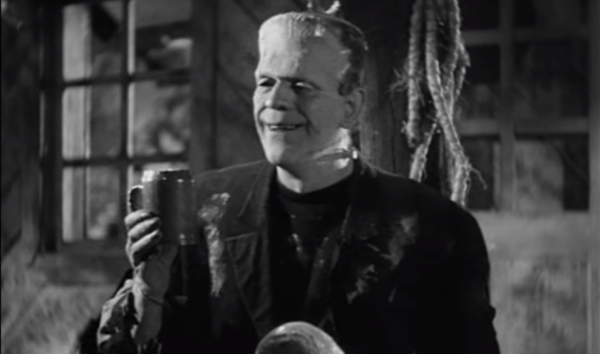 If there is one thing horror films or any kind of successful film loves more than anything; it’s sequels. Very rarely though can sequels ever match up to the brilliance of that original masterpiece, with only a handful of films being able to hold the claim of being “better than the original” One such film is the subject of today’s reviews, a film that is possibly one of the earliest horror sequels ever made, and yet, even after 80 years is still one of the best. This is Bride of Frankenstein.

After being kept as something of a supporting player first time around, with the focus of the original film being on the titular doctor, Boris Karloff is finally given the chance to take centre stage this time around as he dons the bolts once more as the mad doctors misunderstood Monster. While on the surface being a reprisal of his previous role, this time around Karloff is awarded the chance to deliver a much deeper and more human performance as the Monster discovers new skills such as the ability to speak and of qualities that where once denied to him such as kindness and friendship. 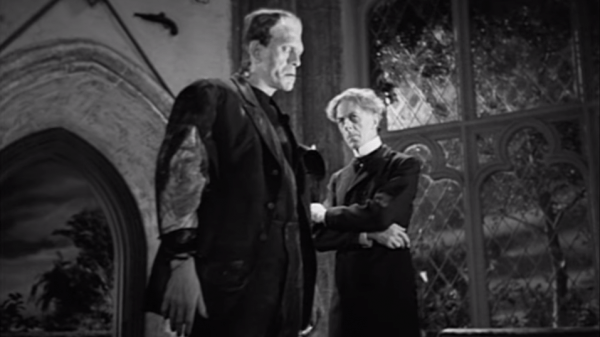 A wonderfully acted scene in which the monster befriends a blind hermit, the first person to show him any kind of compassion, is particularly poignant as the two break down weeping over their shared loneliness and of their happiness to have finally found friendship. The sight of Karloff’s tear-soaked face as he embraces the hermit is one that I couldn’t help but be moved by.

Again, Karloff’s great talent is that he despite being caked in gruesome make-up, he still manages to let the Monster’s humanity and sadness shine through with his performance, casting the Monster as a victim cursed to a life of loneliness by a society that rejects him. 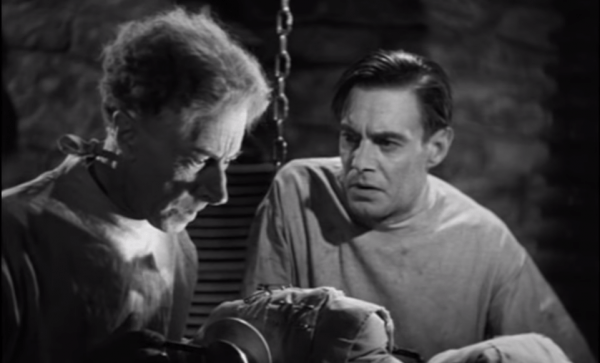 While Colin Clive returns as the titular doctor, this time around he is sidelined in favour of Karloff and isn’t given the chance to show off his skills as much. Instead, the film is almost stolen by Dr Pretorius played by Ernest Thesiger in a delightfully campy performance as a mad scientist who really lives up to the moniker. Thesiger is a delight to behold, giving a performance full of infectious wicked energy and devious devilish intent, his every proclamation being delivered with high levels of great gusto and drippings of dark humour. Basically, he’s the type of guy whose idea of fun is to spend a night in a crypt with a bottle of booze cackling at some skulls. I think I had an uncle that used to do that.

If you’ll recall in my review a week ago, what surprised me most about the original 1931 Frankenstein film was, for its time, the sheer size of its balls. What I mean by “balls” is that despite it being made in the rather socially conservative atmosphere of the 1930s, it didn’t shy away from dishing out the child-killing, necromancy and a healthy dose of blasphemy. 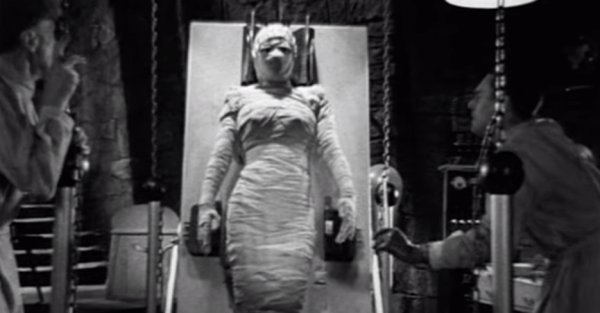 The sequel, however, was made after the introduction of the Hays Code which enforced stricter censorship on films, and with this, in mind, one would think that this outing would be a much more restrained affair that wouldn’t dare tackle controversial issues.

The censors did object to a great deal present in the script and in the original cut of the film, such as references to playing god, a murder sub-plot, in addition to the sheer number of killings present in the original cut. However, perhaps the most heinous aspect of this terrifying film comes in the film’s framing device featuring Mary Shelley, with the censors almost certainly horrified by what they felt to be an overabundance of cleavage on display. 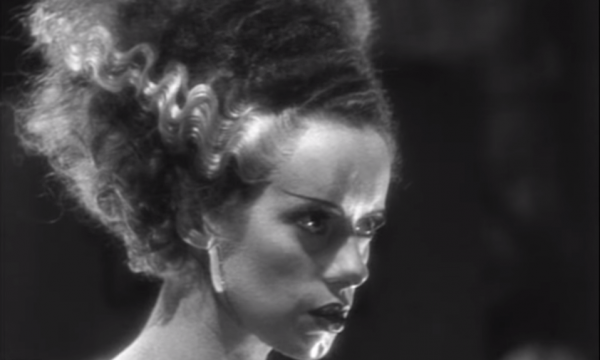 However, while he is more restrained with this time around, it’s still amusing to see what director James Whale manages to slip past the censors. While the censors held strong objections to a scene in which the Monster attempts to “save” a statue of Christ from a cross, which they deemed too sacrilegious, they ironically seemed to have no issue to with a sequence in which the Monster himself is strung up on a pole in a fashion that blatantly evokes Christ on the cross.

What also slipped past the censors is what some scholars have interpreted as subtle gay undertones that run throughout the film, with many pointing to the character of Pretorius being played as a gay man with his desires set on Frankenstein, regularly separating his former pupil away from his new wife. Others point to other qualities such as the relationship between the monster and the hermit as being like a same-sex marriage, thus showing why society has shunned them. While the heaviness of the gay themes is somewhat debatable, that and I honestly don’t feel fully qualified to examine them properly, I can’t deny that with this in mind that it doesn’t make you look at the film in a different light. 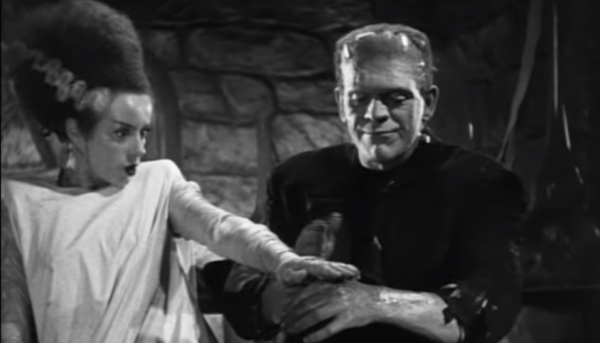 The only real issue with the film (albeit a very minor one) is that despite being the title character, the “Bride” only appears onscreen for the final five minutes, with the film getting itself into a mad rush to wrap things up in explosive fashion. However, despite the brevity of her screen time, the scenes of the Bride manage to pack in more pathos, emotion and excitement in five minutes than many other films fail to do with 120. The moment in which the Monster finally meets his “Bride” is heartbreaking as he takes her hand in a gentle embrace, only for his initially happy face to fall into an expression of desperation as she recoils in horror from his appearance, just like everyone else.

While I prefer the original film, Bride of Frankenstein is still a fantastic follow-up, offering the same kind of great atmosphere, performances and direction that preserves its much-deserved mark as one of the greatest sequels ever made. With both films clocking in at just over 70 minutes, do yourself a favour and have a Frankenstein double bill.