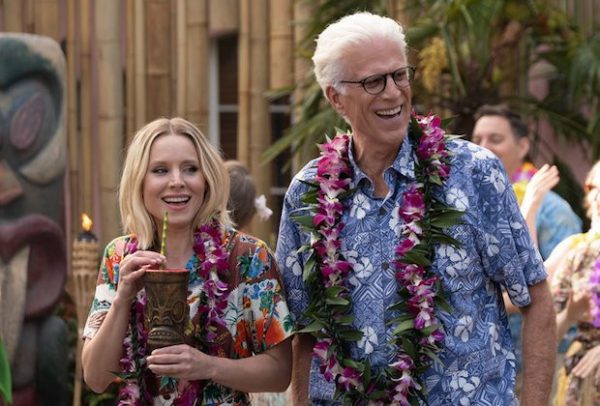 The Good Place’s fourth and final season got off to a good start with its two-part opener, a Girl from Arizona, and after setting up some of the season’s biggest narratives in those first two episodes, it slowed things down for its latest outing.

A lot of shows tend to feel very rushed in their final season as the showrunners attempt to get everything together for the grand finale, that doesn’t appear to be the case with the aptly titled ‘Chillaxing’. The episode shifted its focus away from Brent and Simone and onto Chidi and John, as Tahani and Jason tried to win them over.

The episode’s title comes from Chidi’s new relaxed state, which causes a lot of problems for Eleanor and Michael. The pair have been reliant on him to turn the other guys around but his nonchalance is getting in the way. The duo deploys Jason to go back to his old silent monk shtick in order to get Chidi to crack. It’s a nice throwback to the previous seasons and it also shows how far Eleanor has come in her role. It’s a sneaky tactic but one that works as Chidi finally agrees to put his ethics class back on towards the end of the episode. 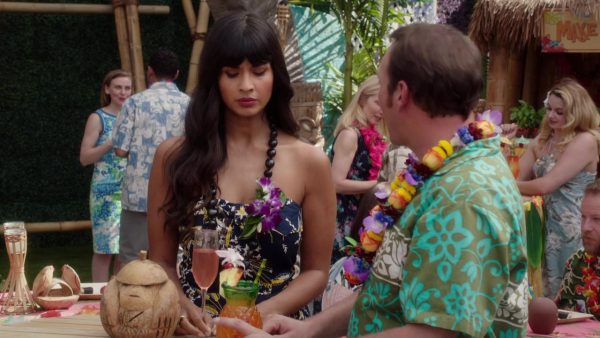 Elsewhere, Tahani makes friends with her old-rival, celebrity gossip columnist, John. The two actually develop quite a nice friendship as the episode wears on, with Tahani realising that the two of them are really quite similar. Their exchanges provide the episode with some of its funnier moments with Tahani making several great celebrity references throughout. The two have great chemistry and hopefully, we will see more of them in the coming weeks.

All seems to be going well for the group at the end of the episode until we see a hooded figure making his way towards The Good Place. Here’s hoping it’s the return of  Adam Scott’s Trevor. Whoever it is though, they are likely to play a big part in the final run of episodes for the show. I also still have a sneaky feeling that Michael may have been swapped for an evil version of himself at the end of the first episode.

Verdict: The aptly titled ‘Chillaxing’ looks to be the calm before the storm as the shows move several pieces into play for its final run.