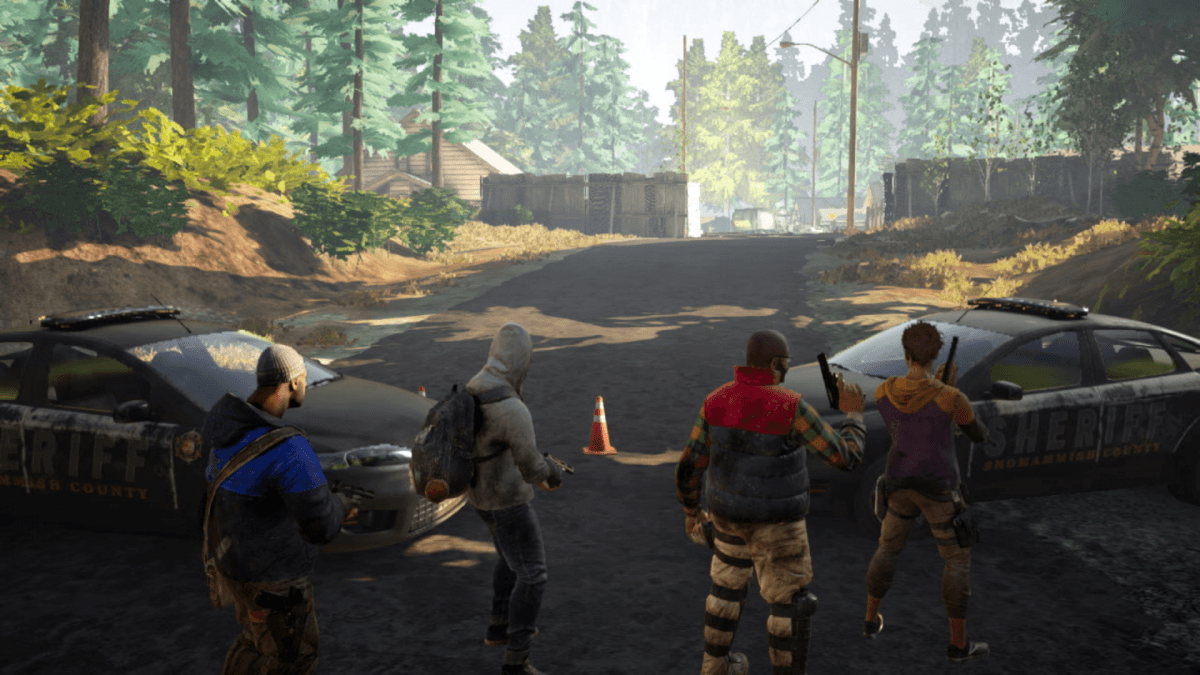 Apocalyptic, alien invasion is a hot topic within the pop culture world, where saving human existence with your friends, NPC’s or going solo is the ultimate escapism with the highest of rewards for your ego. Another holy grail in the gaming universe for the last few years has been the ultimate neo-portable console, the Nintendo Switch, and before Pokémon Sword and Shield hits as Nintendo’s Christmas colossal, newly-formed developer, Nimble, has released Earthfall: Alien Horde; an updated version of Holospark’s 2017 predecessor.

The usual, four suspects from Earthfall, Maya, Danny, Jonas and Roy, return as your team for the perfect update in the form of local co-op, where you can band together with your portable pals. Connection is steady without lag and customisable options for each character and their weapons, unlocked during their 65 level progression, is a bonus feature that’s expected, combined with a healthy chat wheel. Perhaps a more rewarding feature for Switch co-op in the future would be the option of a split screen like many other multiplayer games on their platform. 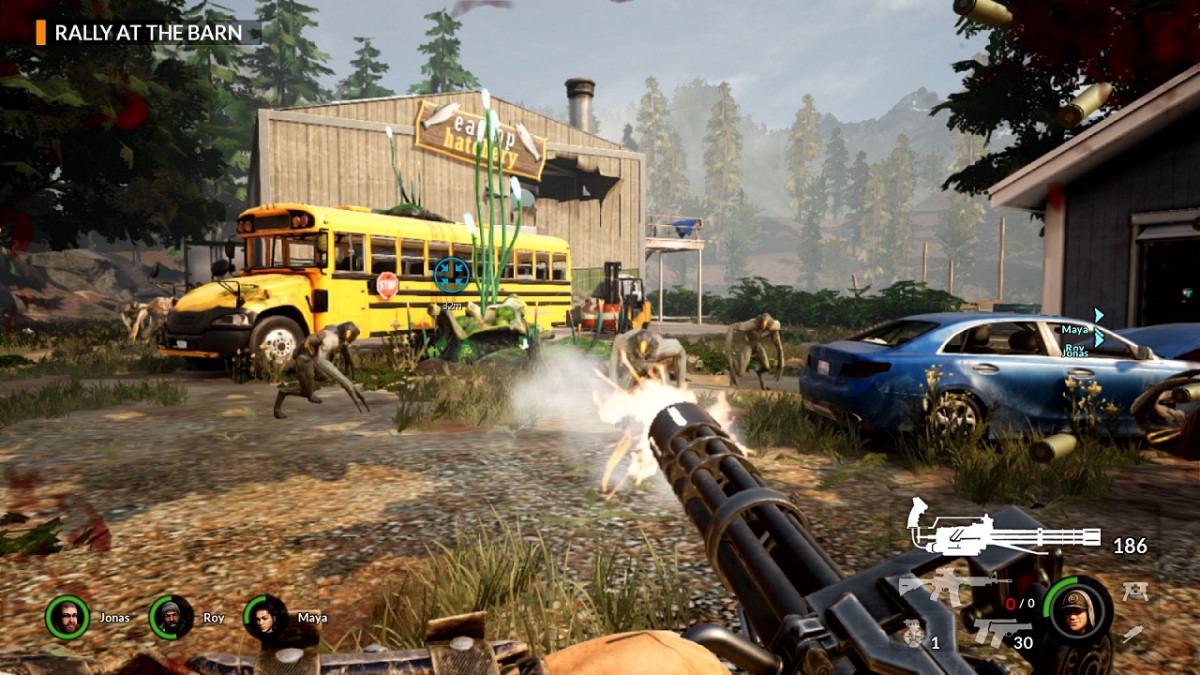 Whether you chose one of the eleven campaigns with fifteen different locations or any of the five invasion maps to loot and eradicate of aliens, the scenery is inviting with crisp graphics through suburbia, power plants or the wilderness in various weather conditions, and is a pretty backdrop to trigger bashing. Some components feature more realism than others, such as the fabric of a tent moving in the wind while the water of a shallow lake remains stagnant when you disrupt it. Knowing that the frame rate had to be adjusted for the Switch still leaves blurry trees and unanimated aliens dotted in the distance, but luckily your attention relies mostly on the action up close and personal.

As a four-player FPS, the control layout has to be instinctual, which Alien Horde achieves. To an unaccustomed FPS player, it’s an easy task to navigate around the controls and conquer each wave with speed. Precision will come to the veteran player as long range shots are tricky and tailored to the sensitivity of the six different settings you can choose, whilst annihilating enemies, changing weapons and allocating first aid is achieved expeditiously. Each campaign last around thirty minutes, where speed is the key to collect the most ammo scattered in crates, reach target locations and further the story of Earth’s survival before being bombarded by another wave of primitive beasts. 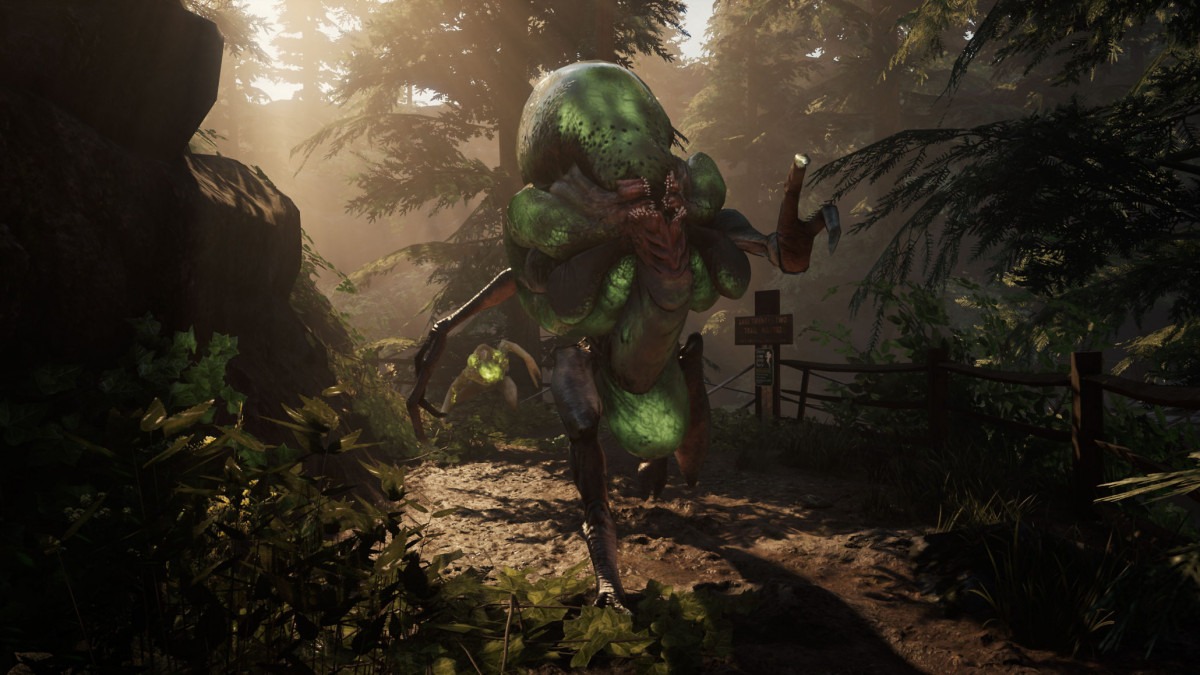 The unflinching predators return in all their variations, despite the pawns of the horde having unoriginal style. The alien bosses carry much more punch in terms of design and are easily identifiable, with the Sapper being the most interesting, whereby it produces a poisonous green gas to be avoided after its bulbus, green body has been obliterated. A helpful feature from your companions is their verbal identification of the type of incoming alien and an affirmative when they have been destroyed, deflating your paranoia of being attacked from behind, which happens quite frequently. Each specific alien also lets out a distinct battle cry that allows preparation, but their approach is somewhat silent until the control vibration confirms that it’s already got a hold of you.

There are over twenty different weapons owning their own unique vibrations to be found and some levels allow 3D weapon printing which is a nifty addition, but they have to be powered before use. Two weapons can be held at one time and are interchangeable between a heavy firearm and a lighter pistol or melee weapon, which can also be used for tasks outwith slicing aliens. While it’s always good to have your crew at your back, speed is the game if you want to nab those sweet firearms for your own use, before other team members grab it before you, adding another wave of friendly competition to the local co-op update. 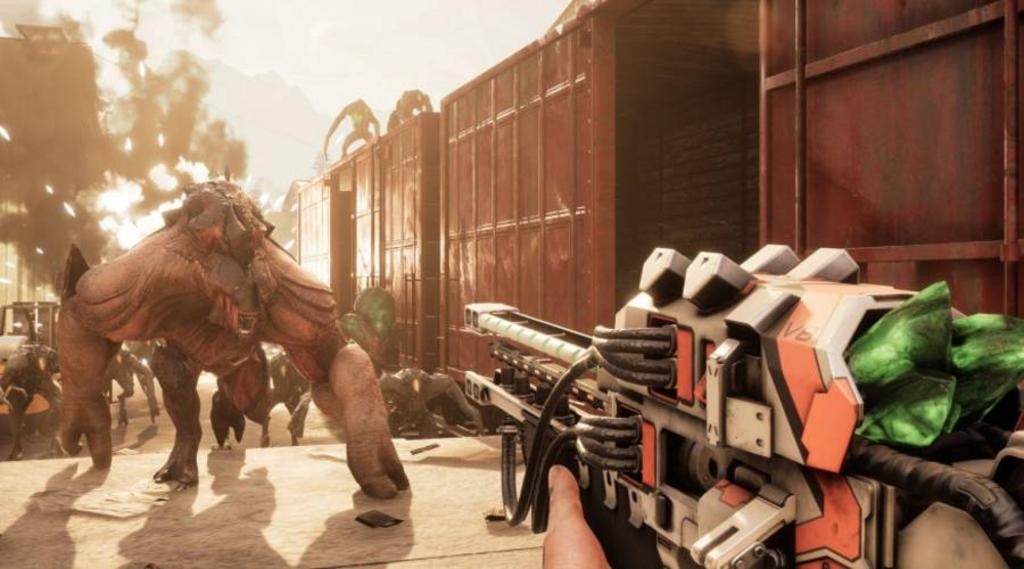 Whether you’re manning automatic turrets, mounted guns or positioning barricades, playing through the sixteen levels is fast paced and perfect for co-op fun on the Switch, which Alien Horde is ideally designed for and is one of the few FPS games on Switch which caters to this.  As each campaign’s objective is basically the same as the previous, the interaction and rapport with your teammates is vital to hold your interest, as playing solo only achieves repetitive dialogue and little personality from your comrades, proving local co-op was the best update for Earthfall that pushes them ahead in the Switch race against their Left 4 Dead competitors.

Cons:
– Uninspiring objectives
– Little to do in each campaign
– Solo play gets too repetitive