If there is one aspect of a murder mystery that I love it’s in the way that they encourage us to channel our inner Sherlock Holmes and try to figure out the mystery of who killed who, with what, where and why. This thought process was likely shared by the creators of Cluedo (Clue in North America) the hugely popular board game that allowed all of us to don our deerstalkers live out our fantasies of solving a mystery of murder most foul. The success of the game eventually led to the creation of a big-screen adaptation in the form of the entertaining and underrated cult black comedy Clue.

Clue follows a group of apparent strangers who have all been invited to dine at a mansion owned by Mr. Boddy. When their host is murdered, these strangers are forced to work together to find out who among them is the murderer.

Story-wise, Clue is very much in the vein of a Christie-style locked-room murder mysteries, with the plot being very much a retreat of her novel And Then There Were None in which a group of strangers isolated in a mansion are bumped off one by one, with the killer hiding among them. Where Clue differs is that, while paying tribute to this approach, it also takes great glee in taking it apart and affectionately poking fun, with it featuring a plot that becomes increasingly convoluted and ridden with twists and turns, each more ludicrous than the last. 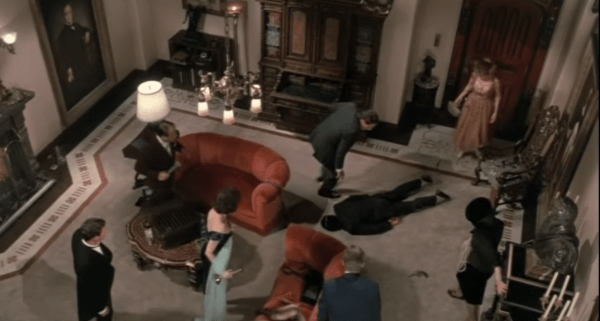 The script is razor-sharp, laden with hilarious fast-paced dialogue, clever wordplay, quick-witted back and fourths and a plentiful supply of innuendo, all of it splendidly performed by the cast. Aside from being incredibly funny, the dialogue is also highly quotable with it being filled to the bring with witty one-liners and curiously quirky observations, one of my favourites is “Life after death is as improbable as sex after marriage” or “Husbands should be like Kleenex. Soft, strong and disposable.”

Aside from funny dialogue, the film is laden with silly sight gags and good old fashioned slapstick, with characters narrowly dodging chandeliers that fall like very heavy raindrops, people being forced to enjoy an intimate evening with a corpse to ward off a curious cop and a singing telegram girl whose unwelcome singing is promptly silenced by a handy gunshot. It’s all rather daft stuff, but you have to be made of stone not to at least chuckle at the often ludicrous sights on screen.

The cast of would-be victims and possible murderers is packed with familiar character actors and comic stars, with each performing their respective roles with pitch-perfect timing, wit and some wonderful helpings of physical comedy to boot. However, as with almost every film he appears in, the show is stolen by Tim Curry as the butler Wadsworth who proves himself quite the capable amateur sleuth, with the beloved cult star performing the role with equal measures restrained poise and larger than life eccentricity. Probably Curry’s most glorious moment (as well as my favourite scene of the entire film) comes in the climax in which he finally unveils the identity of the killer. However, before he can reveal all, Curry must first explain how he came to his conclusion, by almost single-handedly re-enacting the entire film. It’s a dazzling display of Curry’s prowess as a performer, running and leaping throughout the mansion with boundless physical energy, all the while dragging his exhausted co-stars behind him, while also throwing around poor Mr Green like a rag doll.

When it comes to endings, Clue is perhaps the only film in this feature that can boast a multiple choice ending. Instead of merely one climax, we have our pick of three, each featuring a different killer and motivations. The success of these endings varies depending on your personal preferences and is easy to dismiss it as a gimmick held over from the theatrical release.

While this approach undoubtedly a gimmick, the silly ludicrous approach taken by the film up until this point, as well as the multiple-choice approach that harkens back the original Cluedo board game, make this approach feel rather appropriate. And besides, anything that lets us have more time with Tim Curry is fine with me. 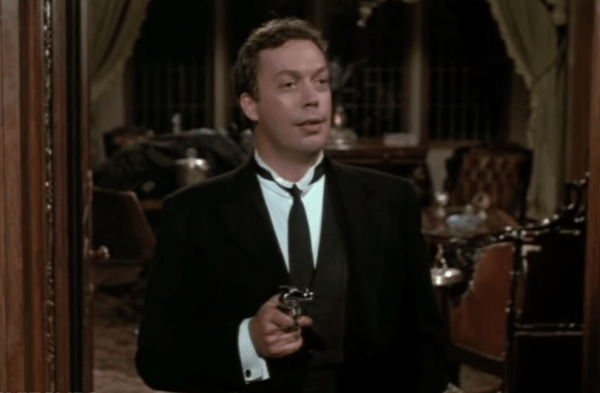 To cut a long story short (too late), Clue is an absolute treat of a film. A fast-paced, sharply scripted, brilliantly acted, endlessly entertaining, highly rewatchable murder mystery comedy that is simply a murderously good time for all. Check it out.