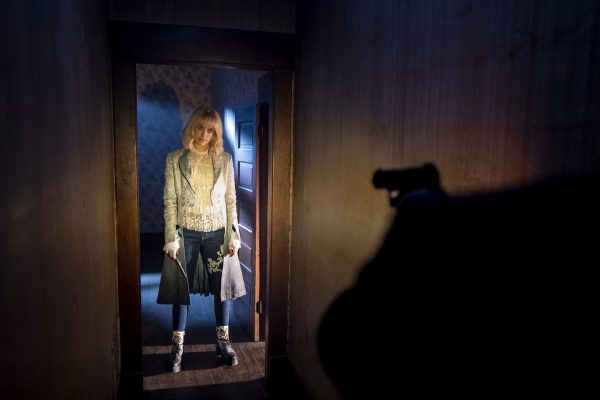 So, I said a few episodes ago that a backstory episode on Alice would be very intriguing and could paint a very dark picture of the life this young girl had to endure, as you could easily conjecture it wasn’t a happy one. Turns out I didn’t have to wait long. Episode 5 places the first blocks of Alice’s past onto the floor, with many more, I’m sure, to be built upon it. And while we did find out what that hideous face was she found in a sink, it turned into a far hokier revelation than you could have imagined.

When Luke and Kate find out Alice is the “Skin Pirate”, someone robbing morgues and taking patches of flesh off cadaver’s thighs, Kate is kinda stunned; she tracks her down and cuffs her as Alice confesses she wants to tell her what became of her after that car fell into the river. We get a car ride, then a diner scene which in my head, I saw going differently. A lot of great cable TV fodder can do episodes like these, where maybe there’s a setup and then you completely abandon the weekly episodic formula to delve into a deeper backstory; I thought this was the perfect chance for the writers to do something more sophisticated with this episode and this character. But, no, there are four plotlines running concurrently and Alice’s backstory turns into a way to get as many people on screen as you can and sort of bastardizes it for dramatic purposes. 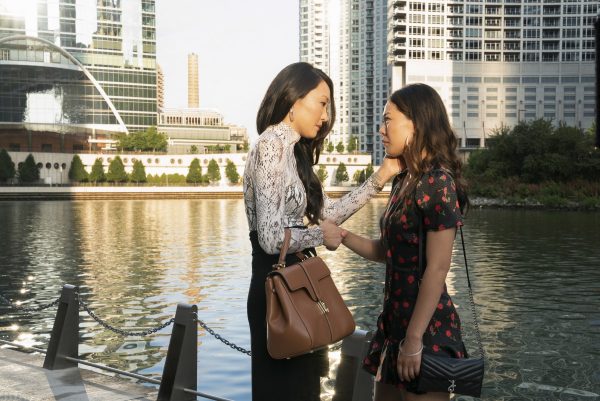 So, what we find out is Beth was saved by a man who took her home and kept her locked in a dungeon basically, as a new playmate for his son, who has a disfigured face. His son also has the creepy talent to mimic any voice he hears. The face we’ve seen in the sink, was an “experiment”, he was trying to find a way to meld skin of others onto his son, who is called Mouse. Now, where I saw this going was much darker, and more desperate but the series decided that Beth should get to a phone and call her Dad, and he should drive to that house, only to be fooled by Mouse’s rare talent; but not only that, Kate should actually go down to the door where Beth was being held and call out to her. Beth would be silent as her kidnapper vowed to kill anyone looking for her; instead, she thought being twins, Kate would just know she was there. That unspoken bond between twins not being there is what has prompted all this revenge from Beth, in part, as the next move in her plot is to bring Kate there and lock her in the same room.

Now, the show did up the ante by having Beth stab her own father, when he came to find them, but even those consequences were sort of pointless as within 2 scenes, he wasn’t even in a hospital and seemed completely fine. We end the episode with Beth and Mouse (newly escaped from Arkham, as Luke tells us) having a playdate in a room filled with candles as he brings her his copy of Alice in Wonderland and she brings him dead skin. 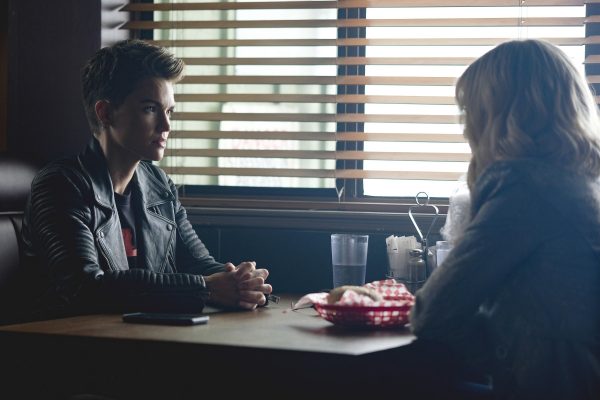 Now, all writing is subjective and just because my ideas of where this origin was going aren’t what happened doesn’t mean what did happen is wrong, in any objective way. But, where it lead just seemed asinine- the twin feeling didn’t work but you’re a kid! I mean, she could have even whispered heavily to her sister that she was there. I was disappointed when this crucial backstory now feels like a half baked episode where Mary (don’t get me wrong- I love her!) orders pizza and Luke is still a total background character. This episode, to me, should have meant more.

Rating: 5.5/10- Alice’s backstory is even far fetched in a world where abductions like this to children take place too much as it is; but instead of being played as a real tragedy, we’re given a reason behind her abductor’s actions and it’s all turned into a villain’s metaphor.